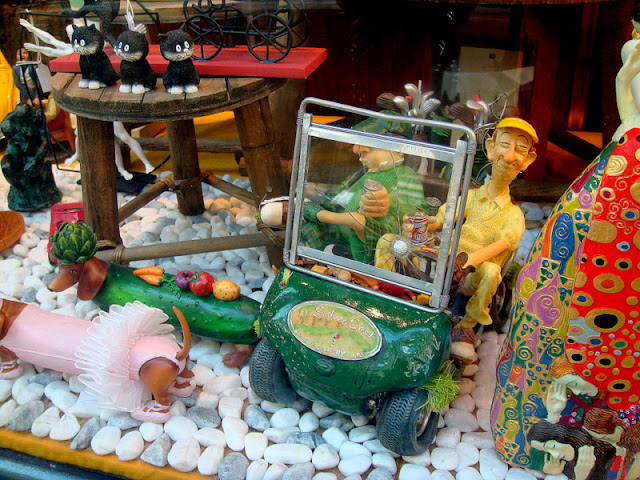 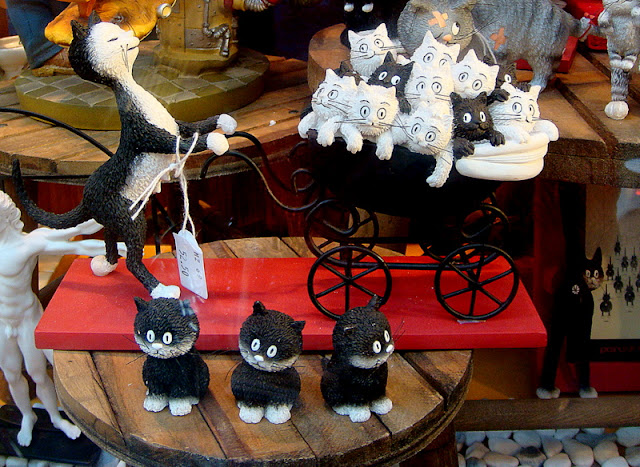 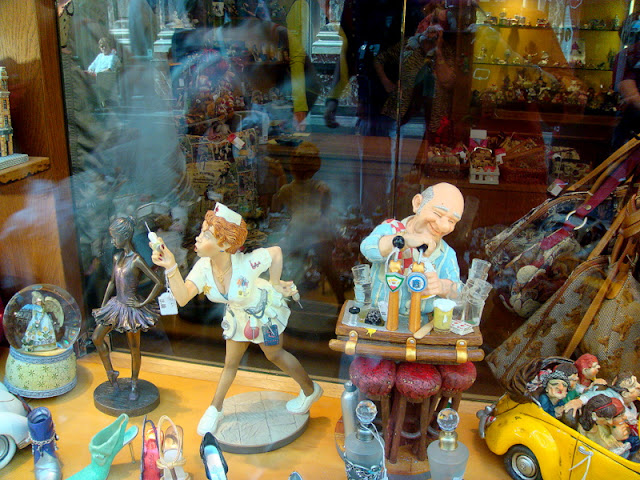 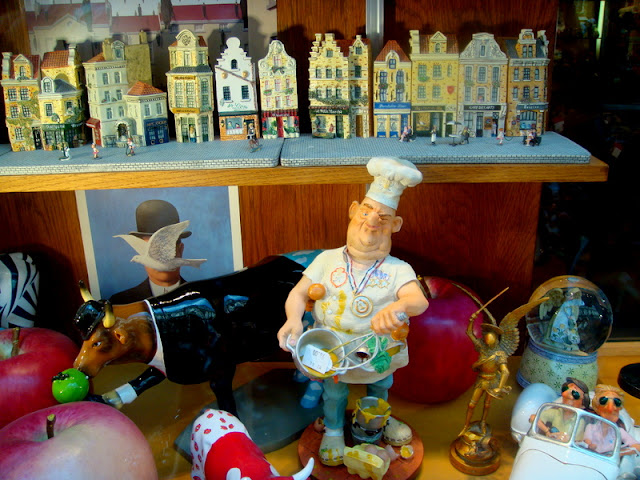 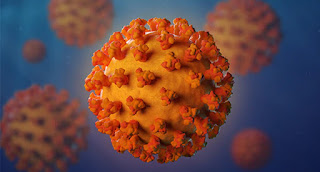 Because of this beautiful little ball, which looks like a modern painting, the whole country is in a kind of prison.  As all activities, cinema, theatre, expositions etc are closed, the only amusement or distractions are the food stores which remain open.

Ever since I have seen the battle to catch toilet paper on TV I didn't do any shopping and preferred to stay home. But in the afternoon I had enough of computer work and TV and called Nicole. She was bored to death too and called Myriam and at the end we all met at Nicole's just for a chat and everything what we had heard. Poor Nicole was worried about her grand daughter, stuck on an island in the Philippines from where she tried to get to Manila to wait for a plane for Brussels.  Apparently she has to wait for 3 days in Manila. Myriam too has troubles with her son who is stuck in Marrakech and has to wait a week until he can get a plane back to Brussels. I am more lucky my son sits in Amsterdam in his house and works from home.

Poor Mr. G's weekly Whist games are cancelled too as the building which also contains the Tennis Club is closed. So he plays Whist with his computer and watches TV and is bored. The worst is that our cat Arthur who entertained us always is gone forever a week ago and the house seems so empty without him. We miss him so much.

On Sunday it was the same scenario, for once since a very long time I stayed in bed until 11 ! When I had seen the dark grey sky outside, I fetched a cup of coffee, returned to bed and read Facebook stories about ..... Corona Virus. There were so many jokes about it, which made me laugh.

In the afternoon we three girls met again this time at Myriam's. I left Mr. G. with his American bloody Expert or Chicago Police at home and picked up Nicole, who had terrible back ache due to the humid weather. As we three absolutely need to discuss we thought we will get together every day until this quarantine is over. For the moment they talk about April 3rd !!  Despite the two days of discussion of all kind of things and how this virus has arrived in China and spread out in the whole world, we couldn't find an answer to the question "Why do people fight for toilet paper" ?? and not only in Belgium but in the whole world ???

This was the first Corona Virus weekend. 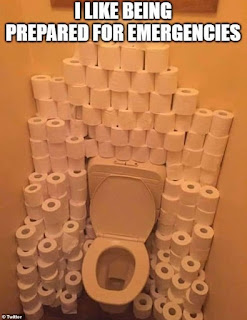 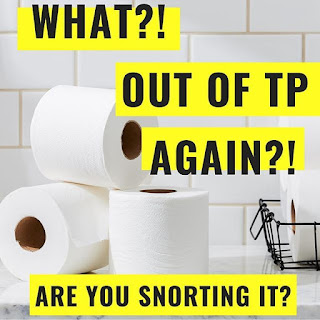 Good funnies. The toilet paper hoarding is very curious. I understand food hoarding. I expect your son is protecting you. I will leave it to my mother to decide.

Ah yes, the toilet paper! I don't get it either, although in case of emergency: I do have some in storage!

For us it will be three weeks starting today. I wonder how we are going to cope.

This virus thing is really ruining everything. We hope they can get a grip on it soon. Humans are getting depressed.

All we can do is laugh to get through this. I saw some 2020 Commemorative Earrings on FB, the earrings were little beaded toilet paper rolls on gold hoops - Too funny!

We're having the same issues here. Hubby went to the grocery store this morning. Empty shelves all over the place. No toilet paper, water, chicken, tortillas, rice or beans, and many other things. Amazing.

We have 30 cases now and a lot of hysterical people. I've been feeling ndrained these past 2 days - probably because of too much information on social media. Today was my first day of working from home. I tend to get bored and fidgety when I am by myself. We'll see how it goes. I don't see myself doing this for very long.
I can imagine how you miss Arthur. I think your followers will miss him too.

This is real something

So sorry about your Arthur and missing him, especially as you are staying home. You are lucky to be able to visit your friends. Our daughters have asked us to social distance ourselves voluntarily because we are at a vulnerable age and Bill has heart issues. We have over 300 cases with 5 deaths and 27 recovered.We think our government is being too slow in implementing restrictions.Bill doesn't find it hard staying home every day. His coffee morning buddies have both been overseas and have to go into quarantine so he's happy not to go to coffee.I still walk in the forest of a morning with my friends but we stay 1.5 metres apart.How is the house selling and buying going I guess its a bit difficult in these times.

The toilet paper thing is totally crazy here too. What is in people’s tiny minds? At our supermarket yesterday, those shelves were empty and there was no fresh meat. (We didn’t need either one). They’ve cancelled all group activities here in our little resort and actually over the whole city, but so far we are still allowed to visit friends. (Sounds funny, but I just heard on the radio a report from Italy that they are not even allowed to go out of their home except to buy food or for medical.). Yikes!

Oh and I’m sure your son is meant to be protecting you, because all the news is about how even someone who has no symptoms could infect one of “the most vulnerable” (that is us, the vintage generation, now known as the vulnerable!)