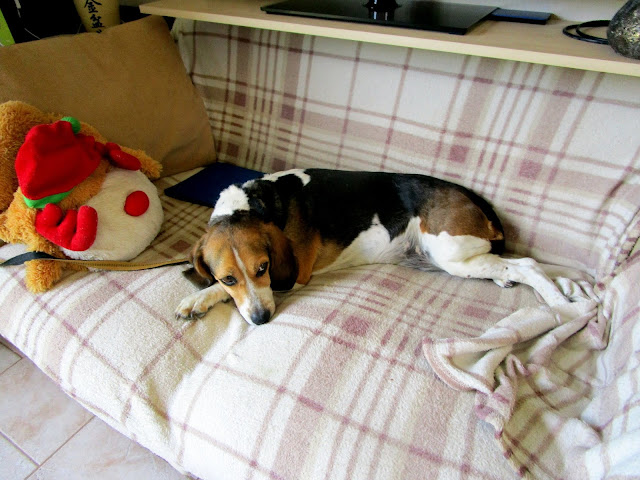 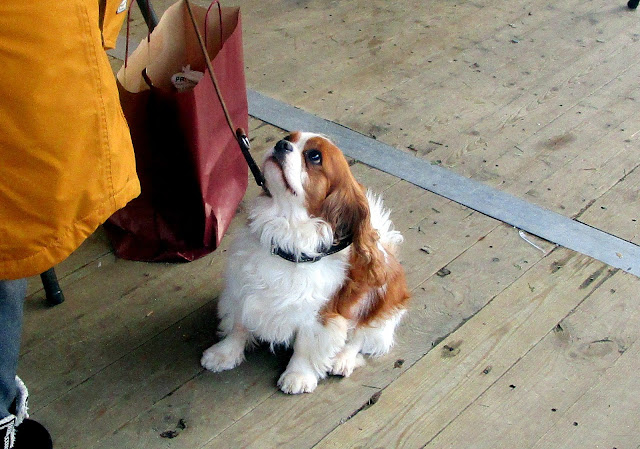 
I had a rather busy weekend ! The TV furniture I had ordered had finally arrived in the shop and I just had to ask my two men who help us with garden and other "men" jobs to pick up the furniture, and  put it together. Fortunately there were not too many pieces but lots of screws and the notice was not in Chinese but in French. 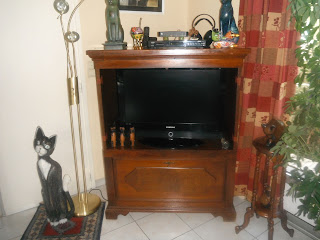 They carried the old furniture in our front yard and I put a notice on it "to be taken away" ! Nobody wanted it not even for free and I had to ask the communal service to pick it up ! They gave me the 7th of January as pick up date so our front yard has a TV furniture as decoration if nobody takes it away before. 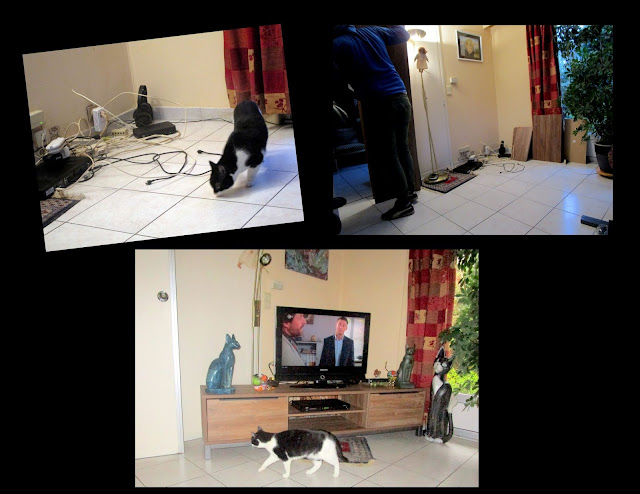 Finally the corner was empty, and inspected by Rosie. There were a lot of cables behind the old furniture, half of them not used anymore but left there. I thought I was in a cable shop. It took quite some time to find out what belonged to what and the rest was handed over to me for the bin or to give away. Then they checked if the TV was working and it worked perfectly !

I was very happy with what I had bought, it looked even better then on the Internet picture. 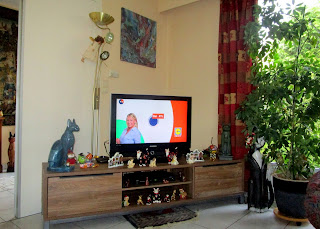 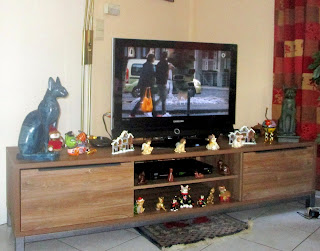 Now I could also finish the Christmas decoration and put some angels and Father Christmas on it. 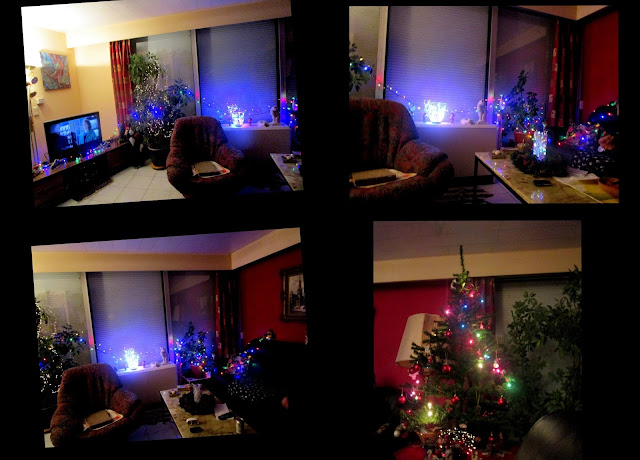 Amongst all the decoration I had found another 3 garlands and we put them around the plants and along the window. It looks very nice at least to us ! Now the living room is ready.

I also wanted to go to the Waterloo Christmas market, but it rained heavily and there also was a very strong wind. I decided to stay home and watch TV and worked on my computer.

On Sunday the sun came out, the wind was still very strong, but after my blogging work I went to the Christmas market to have a look. This time the city had promised a huge market in several places and also a light and sound show.  I was really curious.

When I arrived it looked quite small not much more then the other years but on a different place. 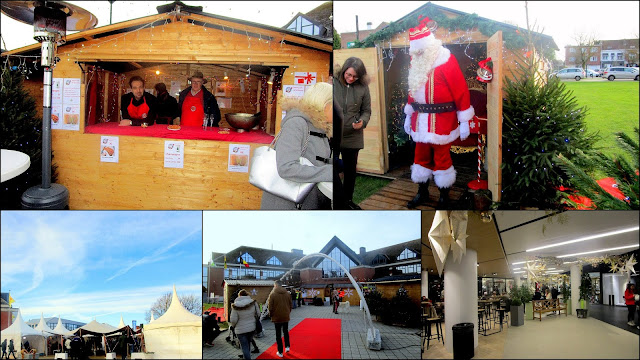 I walked around met a few people from aqua gym and Facebook and then returned home, I was freezing. 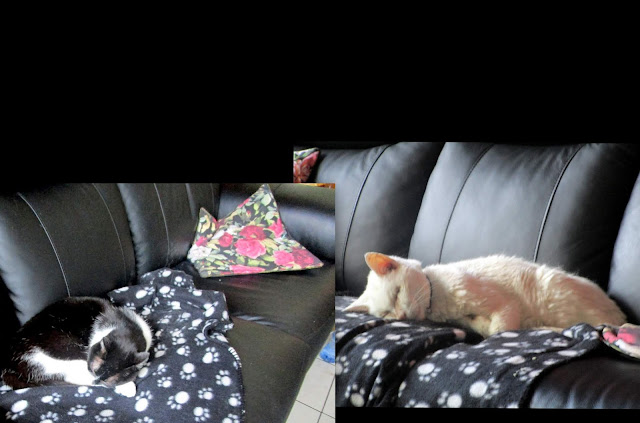 The rest of the Sunday we did like our cats, we rested and admired  the work we had done.
Posted by Gattina at 07:00