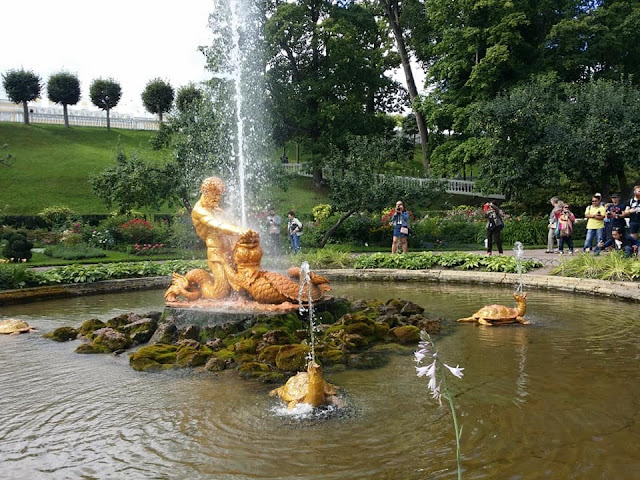 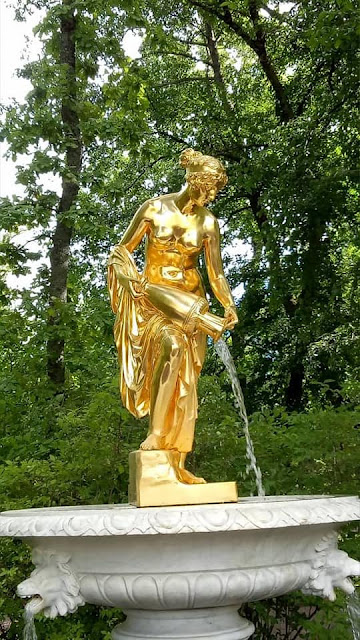 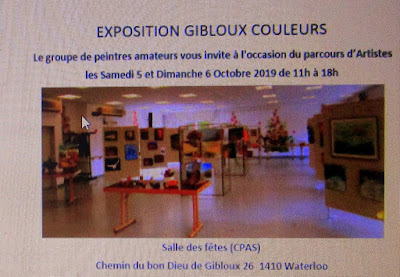 I had made this flyer to distribute to people, hairdressers, doctors and shops, and then it will appear each week in our local Newspaper. We hope to get a lot of visitors not like last year where it was rather poor.

As not everybody is on Facebook I started to create a blog for our painting group, so everybody has access to it. After x trials to make a nice header,  I decided finally on this one. 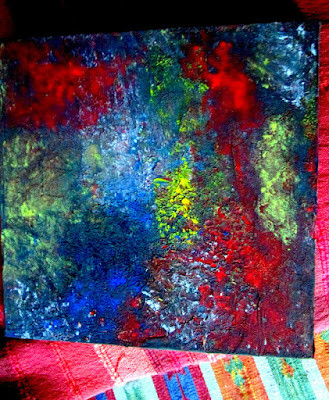 I also finished my painting, I had forgotten to paint the sides ! But it was quickly done.

This Sunday was "Brussels without cars" which takes place each year since ages ! One Sunday per year no car is alowed to enter Brussels, only the public transport and ambulances or special services. I had the idea to do a Sightseeing tour in my own town. I have done this in so many towns in the world, but never in Brussels. Nicole found that a good idea and I invited my neighbor who had helped me so much when Mr. G. had broken his hip. I thought that's a bit of a special thank you then inviting her into a restaurant. Her sister came too !

We took the train to Brussels central station where the Sightseeing bus stop was. Dispite the fact that they had announced rain the sun was shining it was warm, it was just the perfect weather. The two girls are both nurses and I know them since they were 6 and 8, at that time of course I was friend with their mother, today the age difference has disappeared and since their mother has passed away, we go out together from time to time. 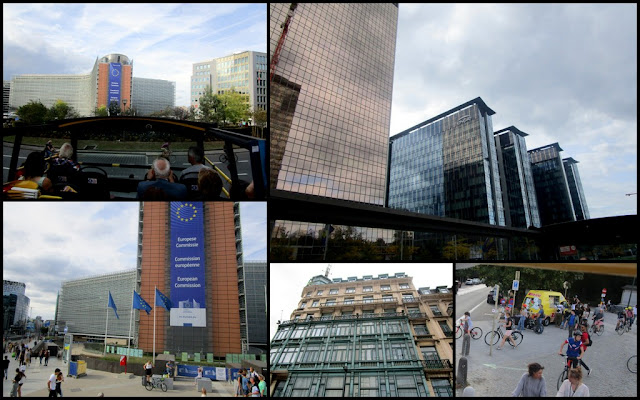 here were two lines and we made them both, the blue and the red. The Brussels of my teenage years had disappeared and like in all big cities the glass boxes had grown and the beautiful houses disappeared, at least in the center. Now all capitals have the same look ! It was fun to see all the people on bikes or scooters or whatever only no car !

We were all excited, because the girls hadn't seen parts of Brussels for a long time and didn't recognize either. When we had done our two rides we were in an excellent mood. In fact everybody was, and people joked and laughed in the streets. 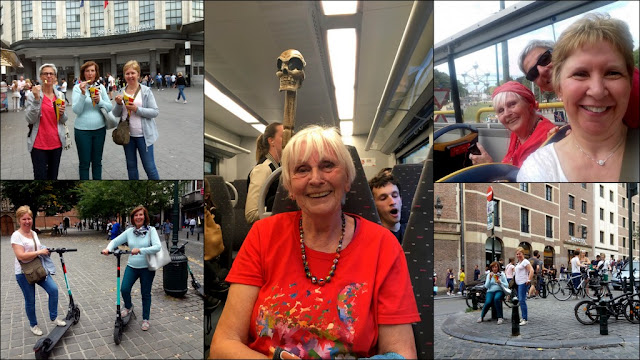 Before we returned with our train, the 3 had Brussels chips, the real once and then faked to ride on the scooters ! In the train was a Goth, dressed in a black dress, he looked like a woman but was a very young man. The skull you see behind me was one of his accessories.

When we arrived in Waterloo it started to rain ! What a perfect day !