WORDLESS WEDNESDAY - THE BEAUTY AND THE BEARD 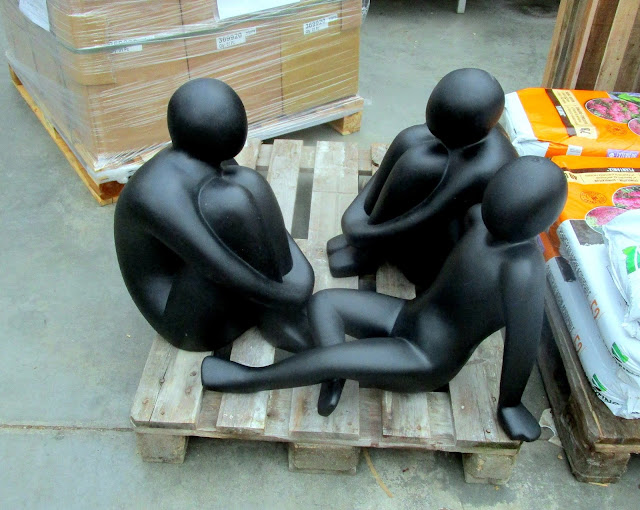 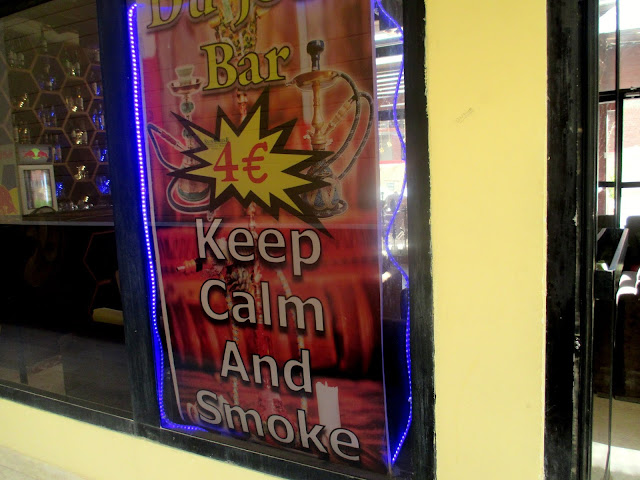 
THE BEAUTY AND THE BEARD

While shopping I saw a middle aged man, at least I supposed so, because he looked much older. I only could see a little spot of his face as the rest was covered by a wild growing beard, red ! On the top of his head he had a few hairs left, which seemed to have slipped to the back of his head and tied together in a tiny ponytail . He probably found himself a superman. I didn't. I gave the poor man a disgusted look and rushed to the exit.

I don't like real long beards, I always think that it is a face food storage, but as all things in life it is a question of taste.  Probably lots of women like beards.

The worst thing for me is an unshaved man. That really looks dirty, especially when the man has dark hairs,  then his skin looks like covered with coal dust and hedgehog spikes. The blond once are not better as they very often have a dark beard or red beard !

Now short little beards like goats have, are in fashion, and I slowly got used to them, even my son has one !

It is also very fashionable not to shave. A beard of three days is almost a must. Even advertising has taken over this fact and the models are all looking dirty in their faces (I mean the males, not the girls of course). Actors too think that looking dirty is sex appealing and more and more are showing their not mowed beard.

When my better half (I have my doubts about better) doesn't shave even for one day, he looks like the worst criminal mafia boss of all times. I don't even have to put a "wanted" sign on him, because I am sure if he would go like that through a border control, he WOULD be arrested. And then I would have all the troubles to prove that he is a peacemaker and not a terrorist or a drug dealer or a serial killer to get him through. Now he gets some grey hairs and maybe grey doesn't look so suspicious.

I wonder if I hate beards because of my paternal grandpa. He had a very long grey beard and he was paralysed and lay in bed and when I and my cousins three little girls, had to visit him on Sundays,  the old man scared us he had a piercing look and no smile. I was hypnotised by his long beard because there was always some food between the hairs. That's the memory I have of my grandpa !! 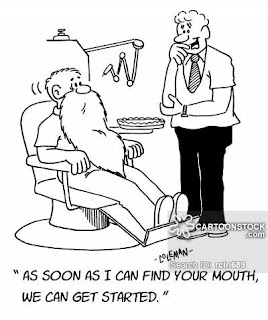 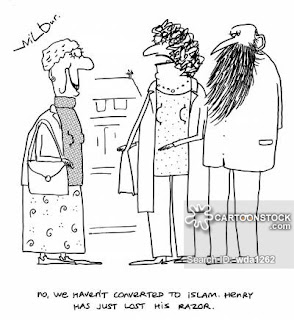 I'm not a fan of beards either.

Not a fan of beards at all. In fact, they put me off! Thanks to your post, I got off to great start to the day with those funny memes!

No I'm not a fan of big beards but I like my old man's beard because it covers up his double chin and he keeps it short and neat. Love the jokes.

Several people in my family had or have beards. Not the biggest fan of them, but I can't imagine them without one either!

Two of my three sons have beards. I think they look better without them, but I keep my opinion to myself! :)

I have one, but I keep it closely trimmed, to the point sometimes of shaving it off.

Some are better than others, my husband has one and I must admit it does suit him.

After close to 50 years of taking raw steel to my face, I decided enough was enough and grew a beard. Mary makes me trim it when I start to look like Andrew Weil (https://www.drweil.com/health-wellness/balanced-living/meet-dr-weil/), but she likes it fine.

Welcome to #WordlessWednesday. That story about beards was funny.
I don't mind them that much, as long as they are not unkempt and shabby. But unfortunately a beard ends up looking shabby most times, than not.

That sculpture is interesting. Where was it taken?
And the memes are ROFL!

Good t have you join us. See you this week too?
Love and cheer!