Between Christmas and New Year nothing special usually happens the city is rather quiet and the shops empty. It was the silence before the storm. The reason is that everybody is waiting for the January 2nd where winter sales start and then it is the hell because to make good bargains people line up and the shops are full.

I strolled through the Waterloo Gallery (because it was raining as usual) I needed to buy a new Swatch. I was surprised that the Gallery which usually is full of posh people because there are a lot of very expensive boutiques in there, was nearly empty. Even in the Swatch shop I was the only customer ! 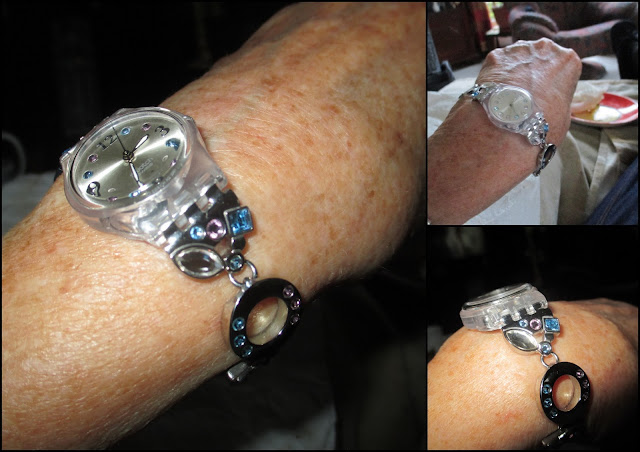 and that's the one I choose it looks a bit like a bracelet. 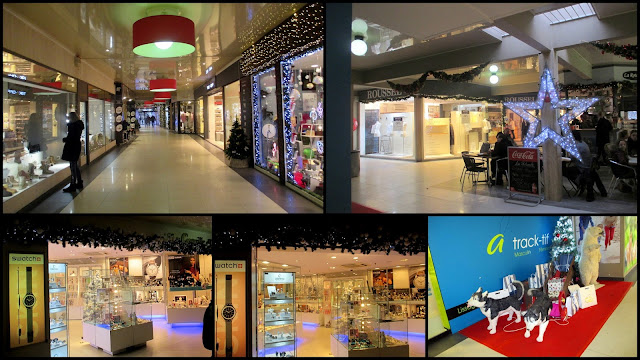 The usually so crowded Gallery was nearly empty at 2.30 pm. I have never seen that ! 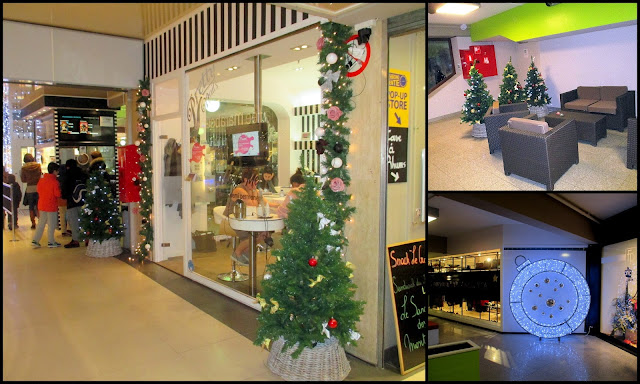 There was nothing to buy for me, even with sales prices the boutiques are very expensive.

New Year's Eve we spent at Monique's. That's the "girl" with whom Mr. G. plays card in his group and is my friend too. 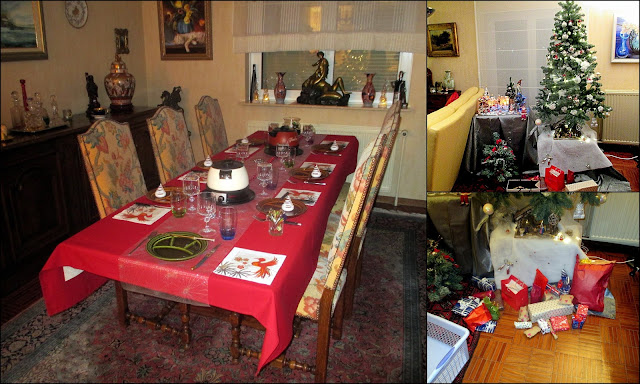 She had prepared the table for a meat fondue. Everybody had to bring little gifts, like a bottle opener or a book sign, nothing expensive. These were all wrapped and we had to find out what was inside. The one who found what was inside got it. 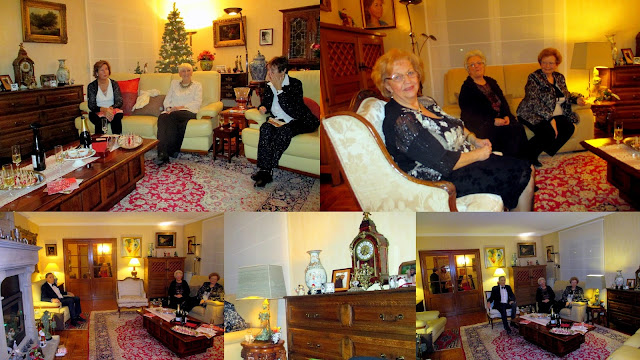 We started while we had our apperitif with little appetizers and Champagne. We all had brought our drinks and a plate. One brought the appetizers, one the cheese, one the desert a delicious Tiramisu and I had brought a fruit salad. So the meal was complete. 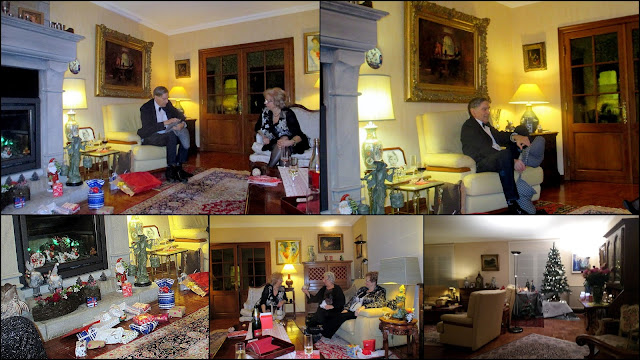 We had a lot of fun in finding out what was inside the parcels ! Mr. G. won these "shoes" to keep his feet warm. Unfortunately they were just a little too small. I guessed, and got candles, and a bowl. Sometimes it was real difficult to find out ! 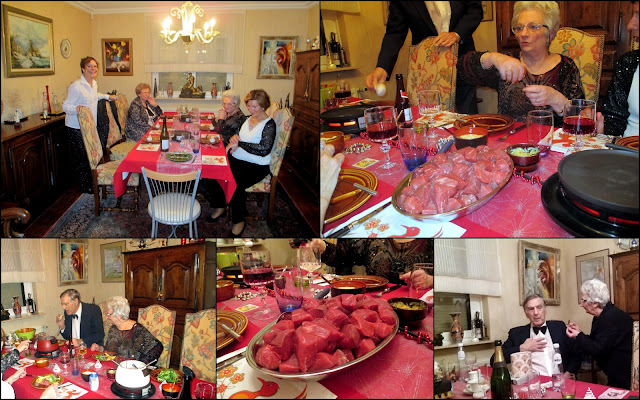 It was already rather late, so we decided to eat. There was a lot of meat, I would say half a cow (not really) the meat was so tender and everybody could cook it the way she wanted. With that we had salad and chips. The vintage girl besides Mr. G. is my oldest friend we know each other since 1962 and used to go out a lot, when we were young. She had moved recently near Waterloo, so now we can see each other more often. 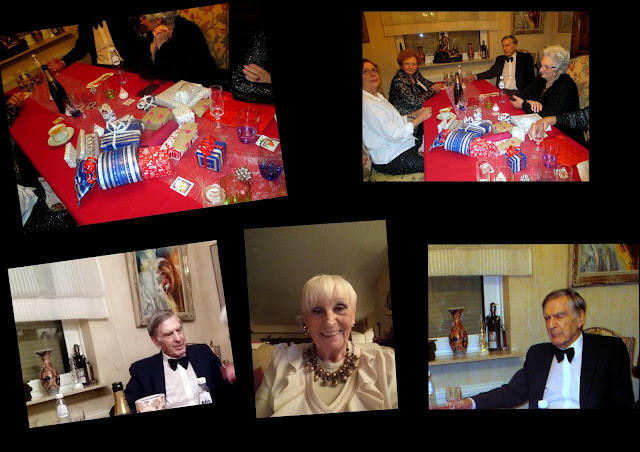 We had to interrupt our dinner because it was midnight ! we almost missed it.

And then we continued with our gifts, and at 3 am we all left. I wasn't tired a bit. We had a very very nice New Year celebration.

Happy New Year. I've just been catching up on your posts. Egypt looked lovely - nice to go somewhere warm in the winter but sorry to hear you had the flu. It does take a while to get over so I hope you're feeling better now. Your New Year's Eve was busier than ours - just the two of us at home but that's how I like it. We had a family gathering last Saturday at our local social club and we saw all the kids either at Christmas or in between.

The watch is nice. Your New Year's Eve sounds very nice but I would die if I had to stay up socialising until 3am. I was in bed by 10.30 as I had to work the next day.

You had a better NYE than we did :) We spent it at home with our son watching a movie and then my husband and I fell asleep and missed the countdown at midnight. You and Mr G look very elegant and look like you had a lot of fun.

Wow you had such a lovely new year’s eve! We did nothing special..woke up briefly in the midnight because of noise by fireworks.
Wishing you and your family a very happy new year!

What a fun night you had. You both look very smart too. Wow 3:00am you are to be congratulated. We didn't see in the new year poor old Bill has man flu and an awful cough.

Sounds like an amazing celebration, I love the idea of guessing the gifts. Best wishes for 2018.

You held out longer than we did. I think we had had enough at about a quarter to one. By which time the fireworks had stopped as well.