What a boring weekend again ! It is so cold that some people had to put their heating on ! We have 18°C (64 F) in the afternoon, plus the buckets of rain which douses over the country ! People are all complaining about a lack of energy and even "THE SALES" which started on July 1 didn't change their mood, because the shops were complaining. As we only have twice "sales" in Belgium usually on the first day people line up to make the best bargain.

The only once who were first very cheerful and celebrated already in advance were the supporters of the Belgian football team.

No decoration at Ilona's yellow house

When I went to Ilona, the houses in her street were all decorated with flags and pictures of the team. And then they lost and the general mood sank into the basement.

Fortunately we don't care about football (soccer) because on Saturday there was the game Italy against Germany, which didn't bother me at all because I have both nationalities and our son too. Only Mr. G. was the looser, because Germany won. Even if you are not interested at all in football, the News are always full of it and the newspapers too. Sometimes you get the impression that terrorist attacks or Brexits or whatever tragedy happens are less important than football.

I returned with Nicole to the "Lunch Garden" to eat my plate of Mussels with chips, they are so delicious this year. When I returned home it rained so heavily that cars had to stop, we couldn't see anything anymore ! Fortunately it only lasted a few minutes.

Sunday Mr. G. was glued on the TV screen to watch the Formular 1, nobody was allowed to disturb him, this car racing is sacred ! 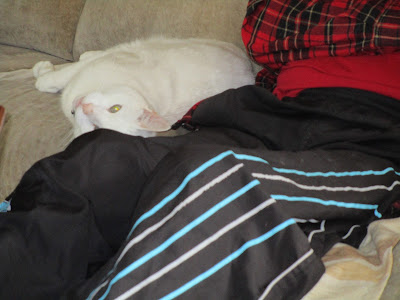 I discussed with an English friend who is very worried about the Brexit events, especially for her children ! They would miss the right to live anywhere in the EU as well as the sense of being part of a European community.

The automatic right to work or study abroad would be missed they would miss having an EU passport. My friend had read that 10% said they were more likely to relocate abroad as a result of Brexit. My son will be 43 in August, exactly the time the UK stayed in the European Union !

It's just as if for example Texas would decide by referendum to leave the United States, would need visas to cross all borders of the other States, and would have their own president and nobody could work in another State without a work permit. It wouldn't last long and they would go bankrupt !

Rain,rain nothing but rain. I am in Manchester at the moment and for once the weather is better in the North.

We've been having a lot of rain, too - I think the heavens are crying over Brexit!

We are actually in drought state, but not so severe. And we had heavy rain yesterday, which is good.
Looks like Arthur enjoyed watching car race with Mr. G :-) Have a wonderful new week!

Oh Mussels! They are a favorite of mine! Jack says the best mussels he ever had was in Brussels! Mussels in Brussels!

I had to laugh. There are some in Texas who would like to leave. Someone wrote into the newspaper and said they'd quickly change their minds the first time there was a hurricane or a flood and they needed help.

It's cold??? Can I come over? Today they said we're under a heat advisory and to be careful. With the humidity factored in it would feel like 110. My family came by and we stayed inside. No cooking outside for me. It's too hot.

A lot of people in Texas say they'd love to secede... They are as stupid and clueless as the English who voted to exit. Conservative states and people over here are all anti-government until they need something for themselves ... Disaster assistance for example. Or what if we took Social Security and Medicare away from all the seniors who claim to be anti-government?