1. After my very nice but tiring exhibition weekend, I fell asleep after lunch, watching "Escape to the country" which I only noticed when the couple had already escaped !

I was also angry (and still am) with my HP laptop, it had been "repaired" it had taken 6 weeks to replace the keyboard with the result that I still have the same problem. Some keys when I switch on the computer just don't work and I have to hammer on them until I finally get an "n, y, u". Sometimes it works sometimes not, it's just like Russian roulette.

2. My neighbor is on holidays so I feed her cat. The cat is quite round and very friendly. He has a round face and round eyes. Only he had lost one eye in a battle and is now a cheerful veteran so if you look at him it seems as if he twinkles with his eyes !

I was looking for some autumn feathers clothes and found a nice red pullover. It's very soft and looks like mohair.

3. My Kindle was broken, that means it showed the texts on the websides but no pictures at all anymore and of course no videos neither. For a week I thought over what to do then yesterday evening I went into the settings clicked on I don't know how many buttons and .... suddenly it worked again ! Even better than before ! Don't ask me what I had done, I have no idea !

4. I had pulled all my courage together and sorted out clothes I don't wear anymore. It was a big bunch ! 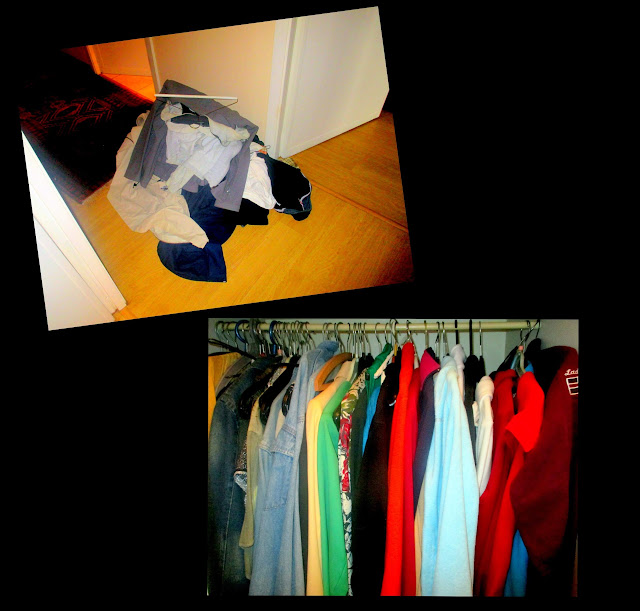 When I had finished it looked as if the closet was as full as before !

Mr. G. put the clothes in a laundry basket and suddenly had my mobile in his hand. He said, look what I found ! I was rather surprised because my mobile was on the charger ! And then suddenly I remembered ! At least one year ago I had lost my mobile in the house. When I called it it rang once and then the battery was dead. We had looked everywhere, except in the pocket of a cardigan ! 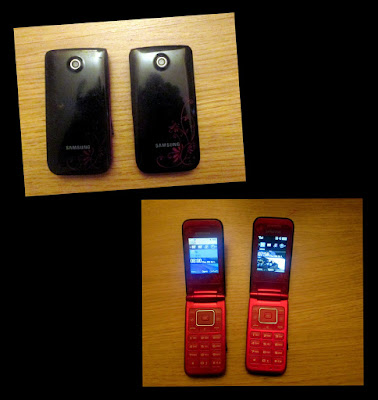 Now I have two, exactly the same, one for Sundays and the other during the week !


5. In my painting class our teacher suggested us "autumn" as a theme. That's really the last thing I want to paint ! Dead leaves ! Even if they have nice colors. I told her that I would paint a cat on a graveyard with autumn leaves, sitting on a grave, so she laughed and said that I should rather paint what I want ! I wasn't the only one who didn't like autumn ! 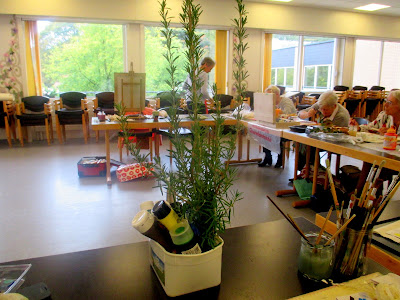 Somebody had brought a bundle of rosemary from her garden and the whole class smelled good !

Hi Gattina - computers are a great nuisance - hope it gets fixed as too the Kindle. Funny about the phone though ... still you've had a clear out.

Cheers and enjoy the weekend - it's cold and clear here (for now!) .. Hilary

So you now have two phones but a keyboard that is almost useless! How frustrating technology can be!

Funny about finding the lost phone! Glad the Kindle finally started working. hope you can get your keyboard going. I've just been thinking I need to weed out some clothes from my closet.

Hahaha your dislike of autumn even translates to painting. LOL. I love the autumn colors, they make me very happy! Too funny about your phone showing up a year later. Must be very frustrating not getting the computer fixed properly and for your Kindle to not be working right.

When I had computer issues I would get one of my son to help me. The closes one is a two hour drive and the other is a 12 hour drive.

yechnology can be such a pain, huh???, lol...o my..our first world problems!! i LOVE the season of Autumn!! it is so beautiful here in the northeast of the USA. We have gorgeous colors in the mountains and the airnis crisp and clear.....i guess that would be hard to paint!! i kove our fresh ripe apples and pears...and the pumpkins!!! I hope you enjoy your newly organized closet...that is a good feeling!!

Yummm - I love the smell of rosemary - what a treat that was for you all.

Ha ha ha regarding how you "fixed" your kindle. Pushing buttons here and there is how I "fix" things too.

It is great to have a back up phone. Although now you probably won't ever lose it.LOVE the colour.

Your Kindle fix is probably what I would do if my hubby wasn't a tech guy. I just hand it to him and say, "It doesn't work!" and presto! It somehow works again.
I like your solution to painting autumn!

I don't mind Autumn (not even being in the Autumn of life). I just wish the heck it would last longer (like forever). I hate the season that comes next. (So that is why we escape to Florida where it is forever summer and we are forever young. (LOL. Well we keep trying, so far it hasn't worked.)