MY WEEKEND OF FEBRUARY 28

When I became a grandma four years ago, I had bought a lot of baby things to keep here, to avoid the young parents a whole removal when they would come for a visit. 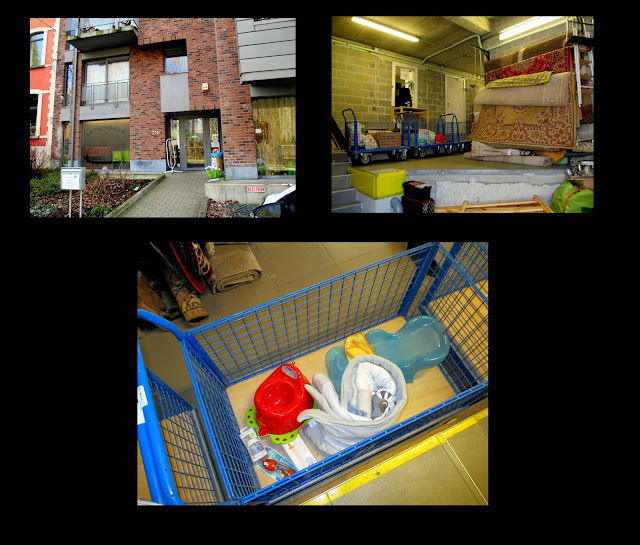 Unfortunately my good intentions, where not appreciated at all, most of the Baby stuff was never used so finally after having given away a lot of things to other young parents, I went to the charity shop for battered women and brought the rest there. At least the babies of the victims can benefit.

Together with my friend Ilona we went to the "Cinquantenaire". 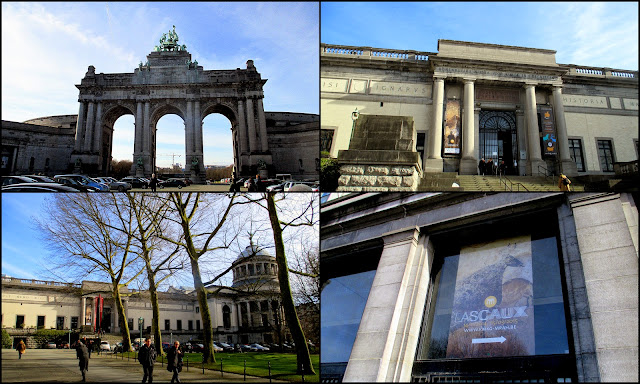 In one of the wings was the famous exhibition of the grotto of Lascaux which had been discovered in France and showed wall paintings and reproductions of animals and people from 20.000 years ago ! It was a wonderful and very interesting exhibition. I will write about in a later post.

I visited my friend Dominique,who had an eyelid surgery. With getting older her eyelids had dropped and hindered her view. She wore sunglasses when she opened the door, and then she showed me her eyes ! I told her that she had the perfect make up for Halloween, which made her laugh. The lids were swollen and reddish blue. The surgery was done in a couple of hours and she could return home after that. It is considered as a malformation and the health insurance pays for it. In a week she will have beautiful big blue eyes !