THE YELLOW HOUSE IN ARLES


When I visited Arles together with my friend, daughters and boyfriend, we wanted to drink a good cup of coffee before starting visiting the city. 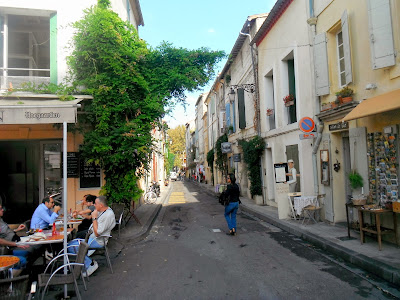 We choose this little café and made plans. I wanted to follow van Gogh's traces and didn't know that we were sitting just opposite the "Yellow house" which he had painted and which became so famous !

Finally I decided to take the little train which made the tour through the city with explanations. The stop was right at the "Yellow house". So of course I was very surprise to hear that I had sat just in front of this house drinking my coffee. 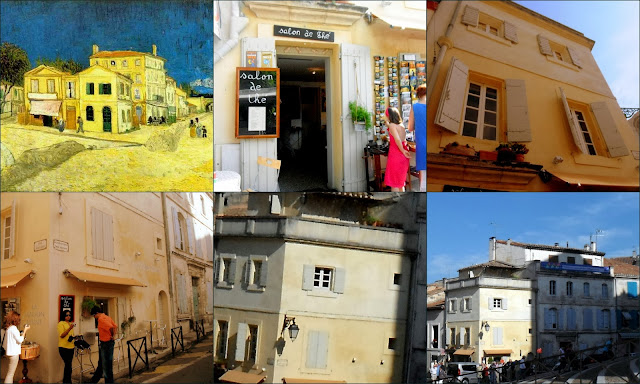 As soon as I knew I took pictures from all angles ! I was so happy to see where he had his drinks and had painted.

Van Gogh wanted the Yellow House to become a monastic community where the art of the future would be forged, but the house was too cramped.

At home when I looked up the history of the "Maison Jaune" I was surprised that they talked about another house, in which he had lived together with Gaughin. It says that "The Yellow House" no longer exists. It had been destroyed in the 1940s during World War II, but had been rebuilt. I saw this building too, which is now a hotel. The city hadn't even reconstructed his room and it didn't look at all like the painting. The "Yellow House" I had turned around had the inscription "La maison jaune". Now whatever is the truth, I have seen "The Yellow House "!

We were all surprised and disappointed that the city had done so little to remember this famous painter. There was not even a statue of him in the park he had painted.

PS. I just realized that I am one letter behind, the sun probably had some influence on my brain.