LAST DAY IN SANARY AND DONKEY

On my last day in Ollioules, we went to a friend of Claudie who has three donkey. 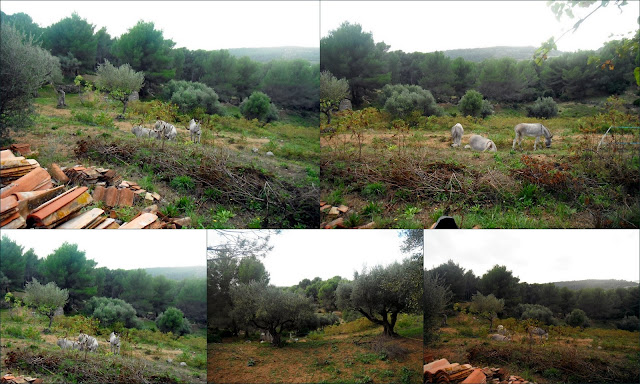 We arrived at a huge property with a little way leading to a beautiful house. The landscape was absolutely stunning ! 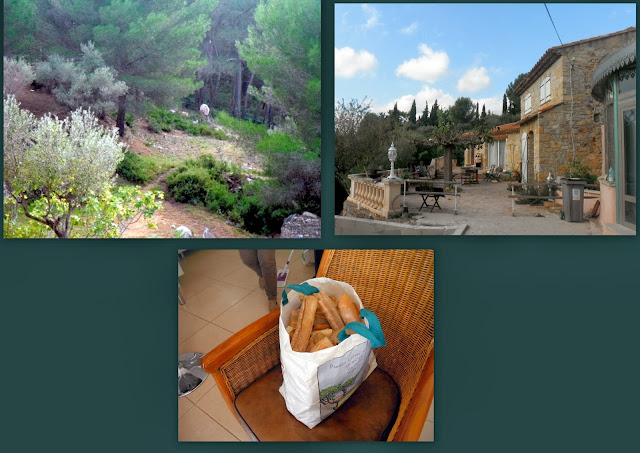 Then we arrived with our bag of bread for the donkey. 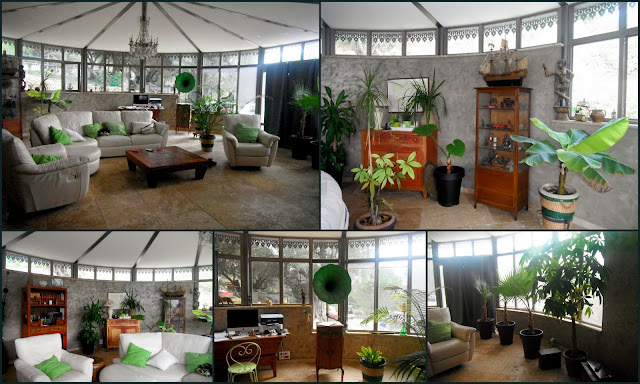 Before feeding them we had a tea with cake in this very beautiful living room, which  looked like a round tent, but all in glass and cast iron. We chatted together and made a tour around the house. From some places you could see the sea from far. 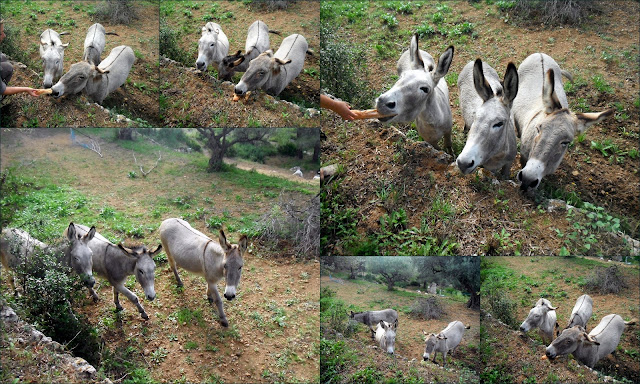 and finally after having called them by their names, they all arrived and were happy to get the bread. I had never seen donkey like that, they were silver grey and looked as if they were sewed together as they had a black stripe on the back which looked like a seam. They were so friendly. How lucky they are to have such a nice home with such a huge territory to walk around. 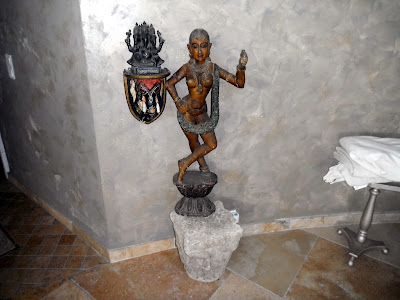 I also liked the interior decoration very much 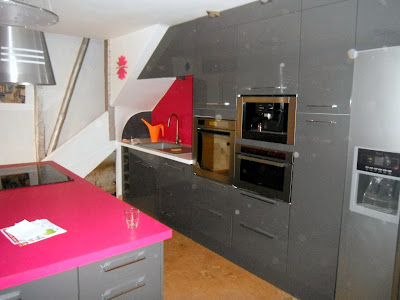 The kitchen was very modern and enormous. In the middle was the island in a corner a big round antic table and on the other side cupboards until the ceiling. There also was a big utility room.

After having spent a very nice afternoon, we returned home and Pierre had prepared a good bye meal for me, baked little potatoes with olive oil and garlic. I had never eaten such potatoes before and had asked him to prepare them for me for the last day. Tomorrow I fly home.
Posted by Gattina at 08:00