Helps you to remember what you have done on the weekend of March 30. If you participate please put the little logo on the top of your post and leave your link. 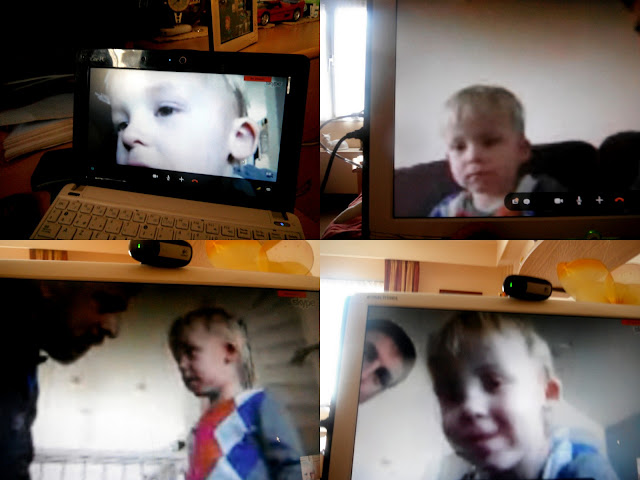 Our weekly "conversation" with Toby was rather short, he was very busy with other things and had no patience at all to see his Nonna and Nonno's faces. We finally got a smile after Daddy probably had encouraged him to do so. Of course for a two year old telephone conversations are rather boring, I think when he is in his teens he will have the phone stuck to his ears !

We were supposed to go to Amsterdam to celebrate Easter together, but as we both were sick and still not running at 100 % we preferred to stay home.

I had no energy this year to take out our Easter decoration and decorate the house, the only thing I did was buying this couple and put it on top of the TV set. 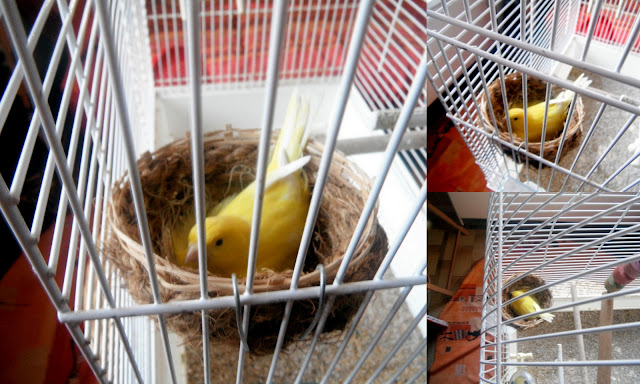 As we stay home we "babysit" Dominique's little birdie. I think it likes our guest room very much because since its arrival it has laid two eggs on which it is sitting now. Mr. G. hopes for a nice omelette, and our cats try to get into the room where the birdie twitters ! Apparently it is a member of Twitter. 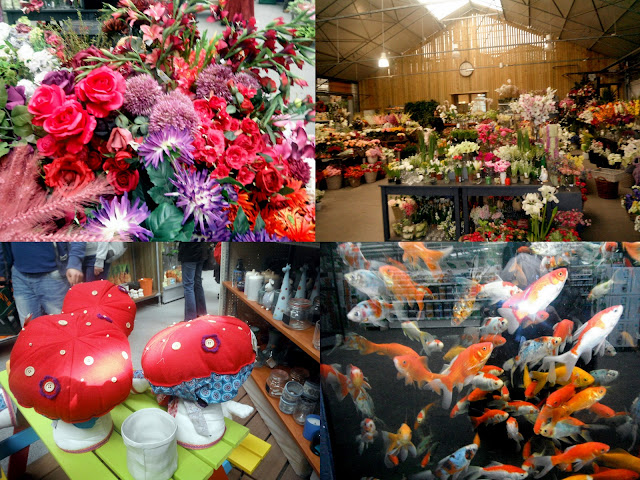 Ilona and I are suffering from this long lasting winter and were really color hungry. So on Saturday we went to a Garden store and did a little walk through there at least it was warm ! After having bought some potting soil and two little cat statues for our garden, we went to her house and had tea in front of the burning stove !  Fortunately we don't have a "White Easter" !

This night we were switched to summer time and had to get up one hour earlier. I don't care for an hour I don't even realize. We have a second animal to feed, our neighbor's cat Chouchou because they went on holidays to France. Of course Chouchou doesn't care about summer time either and was rather happy when I brought her breakfast so early ! As soon as I open the garage door she already sits in the middle of the street and shows me the way to her bowl !

On Easter Sunday we had 0°C (32 F) which increased to 4° (37 F) a tropical temperature. Nevertheless I wanted to go photohunting as I run out of pictures  ! I dressed myself for an expedition to the North Pole and drove to Brussels. 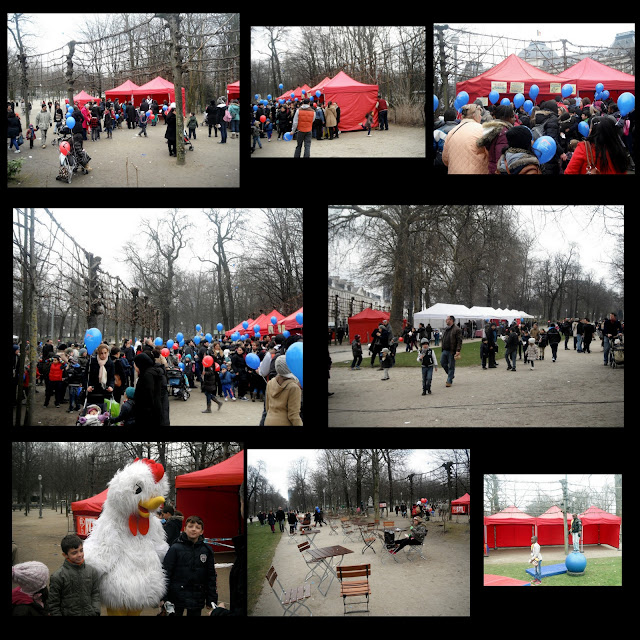 Brussels City had organized an Easter Egg hunting for the kids in the Royal Park of Brussels. The park is just in front of the Royal Palace. Despite the cold weather there were lots of tourists around. The Park was packed with children and their parents, the egg hunting had just finished and I heard that 30 thousand eggs had been distributed ! There were lots of activities for the children and stalls with food, and even seats with tables but it was far too cold to sit there ! I made a very quick tour and then hurried back to my car, where I put the heating on a maximum ! After not even two hours I was back home and downloaded the pictures. The rest of the day we spent watching TV and rested.

I think it was the first time that I saw the park without any green leaves or even a little sign of a sprout. It still looked like deep winter, now on a first of April !
Posted by Gattina at 06:00

Labels: Easter egg hunting, flowers, Garden Center, Royal Park of Brussels, What did you do this weekend ?

The rabbits are great. Anything with a smiling face is good to have around.

Our Easter was very quiet. I did cook a turkey, but I also rested and napped a lot. Today I am not feeling very well. Perhaps I did too much yesterday.

What a busy weekend! And two canary eggs! Wow! Most canaries never lay eggs.
We went for a nice long drive on Friday but didn't do very much on the weekend.
K

I love the rabbits on your TV. I hope it has warmed up a little bit for you.I cannot believe that it is still so cold there.

Oh I love your bunnies. I am sorry you are still sick.
The weather isn't helping either.
Ours here is remarkable and making us so happy but we expect rain again on Friday.

Ah, this weekend we crossed the channel (Manche or English, whichever one prefers...) to bring a little lady back home for holidays! Then took the opportunity for some sightseeing as well... Happy Easter! :)
God bless you!
Cezar