Every single day in the News we are reminded that we suffer an economical crises. This fact is a good excuse for some stores to increase their prices although it is not justified at all. But the most happiest people are the  Treasury Secretaries or Finance ministers. If in normal life they are quite boring and unimaginative and usually not creative at all, when it comes to invent taxes, they suddenly devolp an extraordinary phantasy ! With hungry eyes and pointed ears they look and hear everywhere where they could get some more taxes to collect !

I suppose it's in every country the same, and in this one our Finance Minister, hasn't slept either ! After taxes on house, ground, car, bykes and motorbykes, heritage, income, pensions and fortune (it's better you remain poor !) he now saw his chance in air pollution, world warm ups, smogs and ozon.

He happily rubbed his hands and his heart was full of joy ! What kind of taxes could he create to also profit from our sick globe ? The garbadge ! Yes ! that's a good idea but how ? He thought it over and over and then had the idea of his life ! Just banning the heavy metal garbadge bins and only allow special colored plastic bags. The garbadge men also would be happy (and then vote for him) because it's less heavy to carry. But what color ? He looked to the sky and choose light blue for cans and plastic bottles.

He looked at the white (short) skirt of his secretary and choose white for household trash. Of course you have to buy these bags in the city hall and if ever you put another plastic bag on the street, it is not taken or you even can get a fine.

But what to do then with paper and cartons ? So he added a little tax on the house tax and allowed the garbadgemen to pick them up twice per month. Meanwhile your cartons and papers are piled up to the ceiling in you house. To make the tax again a little bigger, he also added a little bit for street cleaning.

He racked his brain and hurrah ! he found something else ! Pollution caused by cars and trucks ! Little more taxes to pay on the trucks and some more fine to pay for car owners if they don't respect the speed limit when there is smog.

Finally he thought, it's not so bad. With the VAT (value added tax) on all bills and invoices there is also some money coming in. And then last but not least, now when the summer arrives why not invent a tax on barbecues ? It pollutes the air too ! To watch over all the culprits who make a barbecue in their gardens he would create a special police unit who should overfly the gardens by helicopter and by walky talky send a special agent to this house to collect a barbecue tax.

But there was a problem. Sausages do more smoke then steaks, and pork and beef is also different so what to do ? Easy ! For sausages it will be 40 € and for steaks 30 € tax on barbecue, payable immediately. For pork he is not sure yet, he has to try it first himself when he makes his next barbecue !

The last tax invention was reported to the population in the News of April 1st. It created hot phone lines, overcharged internet and almost riots ! 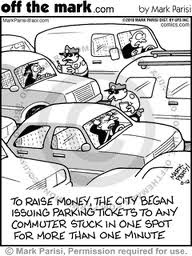 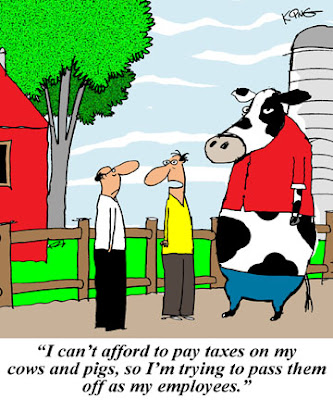 OMW I simply ROLLED at this hilarious post on a very serious issue worldwide. Yes, our Treasury office takes as much as possible from us and we hardly ever get back what they don't need! Hope your weather is warming up. We're heading for winter which means instead of 32 degrees we now experience 20-22 every day!

Sssshhh, we Australians love barbecues and a barbecue tax hasn't been thought of yet.

Politicians everywhere dream up ideas of how to collect more revenue, but I must say, i have never heard taxes being collected on BBQs. I do hope it had something to do with the date of the press release. Come to think of it, it's dinner time here, I think, I'll stick a few sausages on the Barbie. Cheers Gattina!

Fresh food here is not taxed but processed food is, which makes me wonder whether sausages have a goods and services tax. If they do, then barbeques are already taxed.

Great, creative post for *T*– but don't get me started about taxes!

Have a great Alphabe-Thursday!

Oh, too funny! I'm still waiting for the government to "send back what they don't use"!!! And, shhh, there's a lot of barbecuing going on in Texas!

unbelievable!!
Is there any money actually left over?
All those extra taxes are needed to pay the helicopter pilots and special task forces on the ground who police those polluting barbeques.
geeze

This was Too funny...

I love The farmer Trying To disguise his animals...