WHAT DID I DO THIS WEEKEND

Helps you to remember what you have done on the weekend of March 9. If you participate please put the little logo on the top of your post and leave your link. 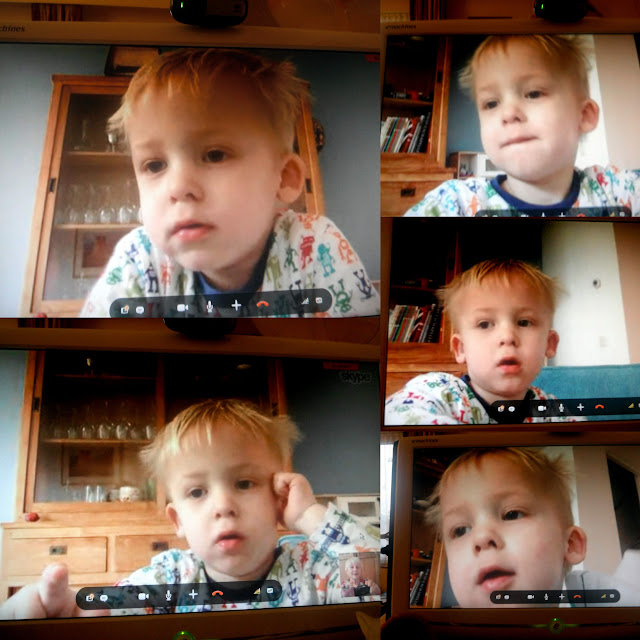 Toby has come back from his holidays in Spain and for the first time after almost 3 weeks we had a little chat together. Now he starts to be more attentive to what I am showing to him.

It was raining the whole day, fortunately I had a theatre play in the evening. Waterloo city has a theater in the city hall and organizes from time to time plays for the seniors.  It was such a hilarious play and the theater was packed ! 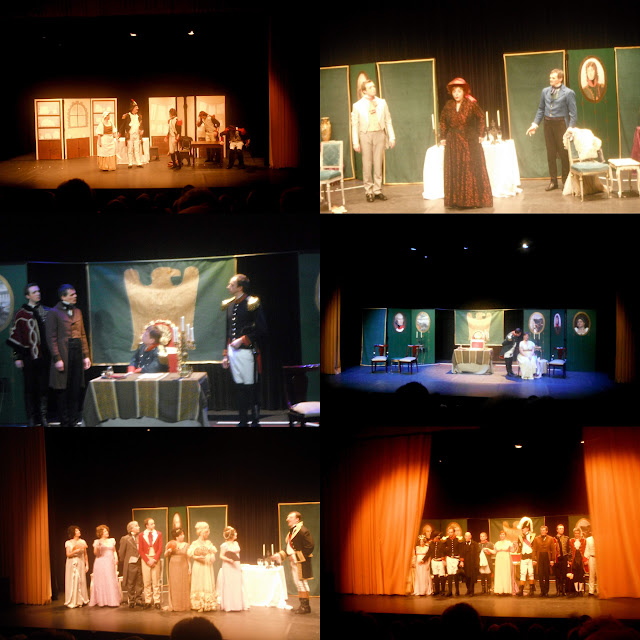 We saw Madame sans Gêne who has a legendary history in France. It is based on the life of Cathérine Hübscher, born in Goldbach-Altenbach (Haut-Rhin) in 1753. She started off as a laundress who used to wash and iron Napoleon's clothes when he was a common corporal. She married François Joseph Lefebvre, an Army sergeant who became Marshal of France and was later elevated by Napoleon I to the rank of Duke of Dantzig. She was known by the nickname of Madame Sans-Gêne, (literally Mrs No Embarrassment) because of her behaviour, free speech and lack of proper manners at court. The play became very famous through the movie with Sophia Loren and Robert Hossein.

We still laughed when we came out, and returned home in the rain of course. 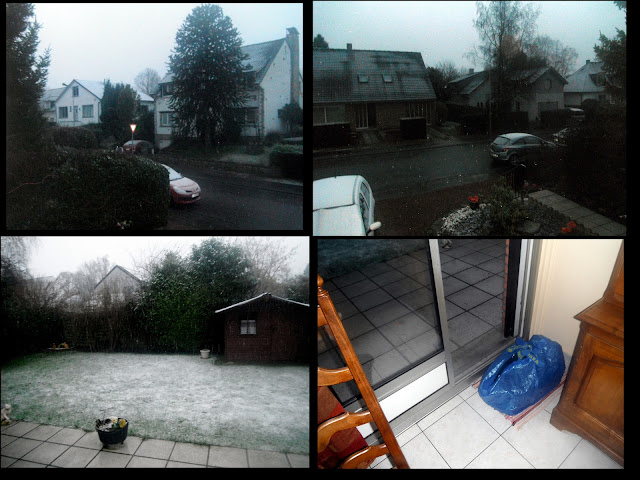 On Sunday morning when I opened the shutters, I almost got a nervous breakdown !

It had snowed again ! I was so much into spring already, as we could sit outside, and of course my new toy the lawn mower robot remains unemployed ! I put it in an Ikea bag and wait for better days !

The afternoon I spent with Ilona, in front of her stove, had a cup of tea and a piece of cake and watched the flames in the stove. Outside it continued to snow and the daffodils, tulips and snowdrops which had started to bloom, probably tried to survive.

After having whined enough about the bad weather, men, friends and family,  we were both in a cheerful mood and I went home for supper, listened to the News which as usual were full of crimes, fights, tragedies, and the bad world in general and then we watched a movie on TV of course a crime story. Finally thanks to all these bad news the film industry never runs out of ideas !
Posted by Gattina at 06:00

Labels: Skype, snow, theater, What did you do this weekend ? Madame sans Gêne

Toby looks so sweet, I think he has just got out of bed and is still in his pyjamas and unbrushed hair,cute.
I went to a local theatre matinee last week and the audience is always told no photos. Being such a good (boring) person I take no photos. Are you allowed to take photos in your theatre? or do you take them anyway?

Well you seemed to have a nice weekend even though the weather and news was bad. Chatting with grandson and a neighbour must brighten your day. We have the same kind of news here.

I love your sense of humor!
Darn, that new lawn mower is just itching to do its job.

Bonjour dear Gattina,
I understand your feelings about the winter and I'm very irritated about the snow and grey sky again. :(
Glad that you enjoyed the event, your pictures are great!
And Toby is adorable!
Léia

Didn't you warn me about Norway? About the cold and the dark and the SNOW! Well, we've only had snow three times so far this winter!

I so love to come out of a play too and still be laughing. Writing this play down for the future to go see. Thanks for sharing.

Oh, Toby is getting so grown up! I doubt I will get to see Savannah this week. I have surgery scheduled for next Monday & Tuesday and then I must rest.

It looks like your weekend was perfect!
I had a wonderful Saturday, even if it rained all day. One of my husband's cousins was celebrating her 80th birthday. She radiated so much love and friendship that all the people present were in a happy mood. She inspired us all!
Sunday I went to church and that was great also. Today I went to another friend's birthday. So my weekend was really good.

Oh so true I hate watching the news.
Just keeps you upset all the time.

The play sounded wonderful and it looks like Toby has become a new love in your life.lol How can you resist such a precious boy.:)

Doesn't it feel good to unload?
You talk and get whatever bothers you out of your system and life goes on.
Good life.:)