THE END OF BRUSSEL's "CHRISTMAS TREE"

After so many protests against this "Christmas Tree" standing in the middle of the beautiful Grand'Place in Brussels, the city decided to dismantle this monster before the celebration of the New Year's Eve. Their excuse was that it could be dangerous because of the fireworks. The reality is, that they fear that people would destroy it so big was the anger against this thing which had nothing to do with a real Christmas tree. The responsible for Brussel's tourism,  the "échevin" (municipal councillor) Philippe Close, apparently was the founder of this great idea, had wanted to "modernize" Brussels. Apparently he was the only one who loved this tree ! 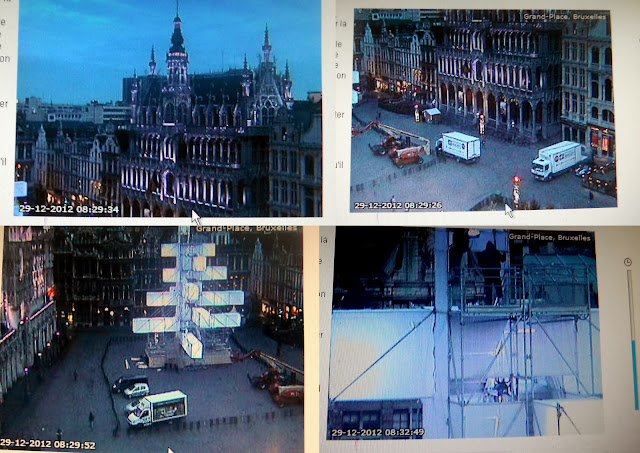 They started shortly after 8 am. 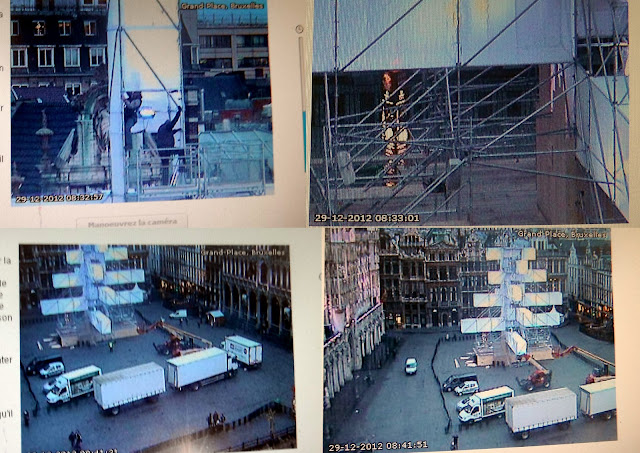 I saw some workers climbing on the "tree" 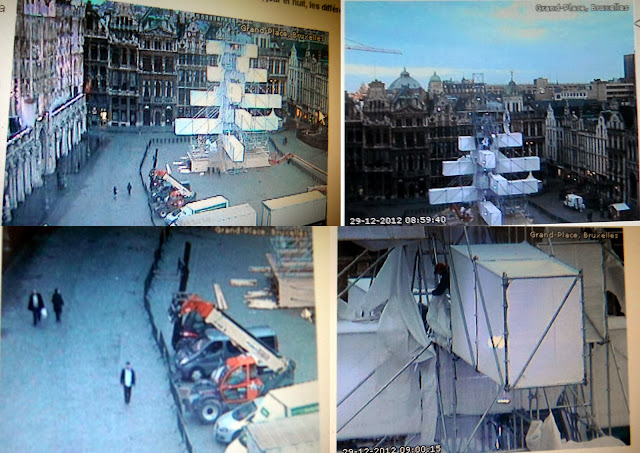 Around 9 am, the "bedsheets" which had covered the metal boxes had disappeared from the top 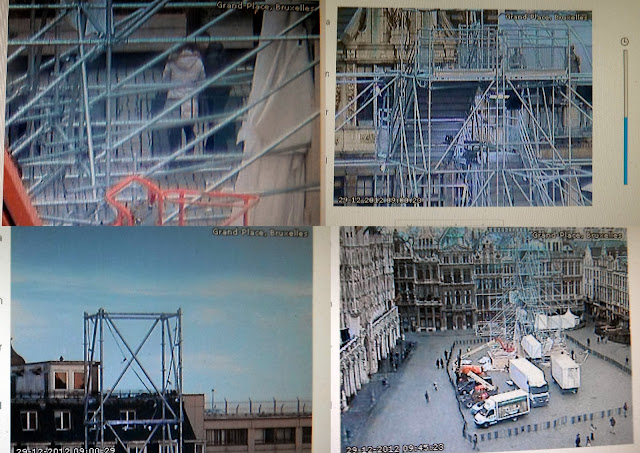 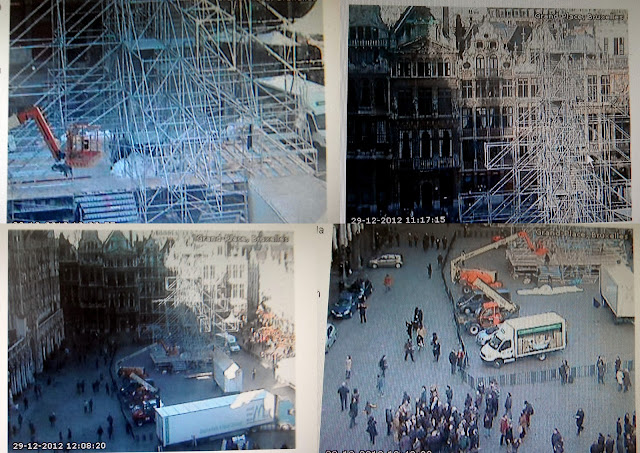 at noon, it was only a scaffolding and more and more people started to gather around it to watch this event ! 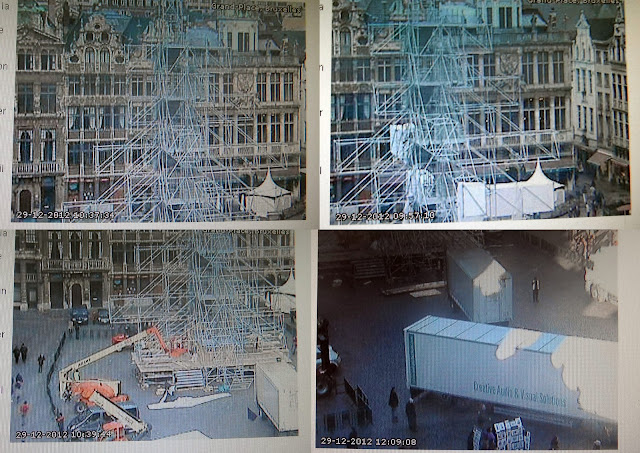 Then came a truck "Creative Audio & Vision Solutions" which solved the problem of the vision of a Christmas tree. 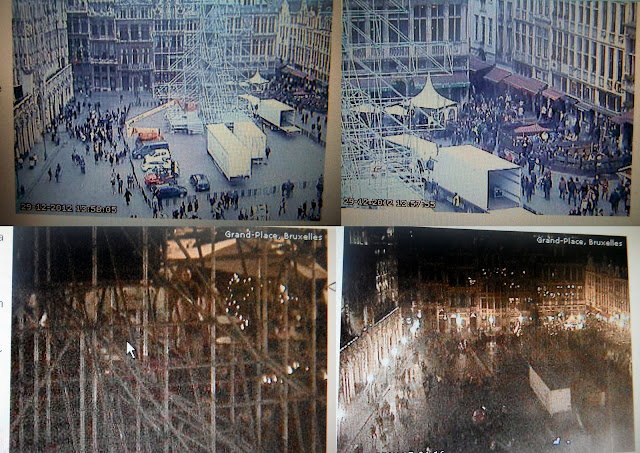 at 5 pm it was almost done, and the workers stopped.

This morning the scaffolding was still standing, and I will watch from time to time when this nightmare is finally gone, and for the first time the Grand'Place will be without a Christmas tree on New Year's Eve !

This shows that when it comes to traditions, politicians shouldn't have too much phantasy !
Posted by Gattina at 09:27

I am so pleased it has been dismantled. That it such a beautiful square to abuse in that way. What is wrong with tradition anyway? I do not understand the need to try to modernise tradition. Well done to the Belgium people for expressing their views. Happy New Year Gattina.

I wish the politicians' mistakes were always so easily erased!

That wasn't fantasy. I don't know what that was. lol
It was a Christmas eye sore.
Maybe it looked better on paper that in reality.lol

Hear hear and amen to that!

Grand Place is so old and beautiful, I don't know why it had to be modernised. I love tradition.
Good bye ugly Christmas tree.

kind of fascinating -- the whole controversy!