The first and last time in my life I had to deal with a psychiatrist was more than 20 years ago, when I was treated for depression which had probably been more what we call today a "burn out". After the hospital, they sent me to a psychiatrist.

I arrived punctually at the appointment in his office, which was all in black and white ! Very cheerful for depressed people ! The seats were black, the walls were white, the curtains were black and white and I wouldn't have been surprised to see the doctor in a zebra suit. But he was wearing black.

He was little, bald and round and looked at me with  two question marks in his watery blue frog eyes. I was about one head taller than him and decided immediately that I didn't like him. Good start for a therapy !

He greeted me and I sat down, he took a notebook (I mean one out of paper where you still have to write with a ballpen) and looked at me. I looked also and so we were staring at each other without a word. I waited for a question and he probably waited for a waterfall of words, that he could write down and analyze my interior life. He got more and more on my nerves only by looking at him and this probably was very well expressed on my face !

Finally he asked me "what is wrong with you ?" I said "nothing is wrong with me, and with you ? " His eyes popped almost out of his head and he answered "We can't go along like this" "yes", I said, "I think so too. Thank you very much, I feel already better. How much do I owe you "? He told me the amount (not cheap) I gave him the money and said that he was quiet expensive, but really worthwhile. At least I have learned thanks to him that psychiatrists are not for me.

Fortunately glances don't kill, otherwise I would never have been able to write this post and my ashes would fly in the wind since a long time !

I told my doctor that I never ever go again to a male psychiatrist, so he send me to a nice lady a little younger than I and she was a psychologist. From the very beginning she talked and asked questions and let me talk and helped me out whenever I was stuck. I had the feeling that she became a good friend and she indeed was very precious to teach me how to handle problems. That means that you can't change people, but you can change yourself so it is easier to deal with them.

In short a psychiatrists prescribes you drugs which maybe in some cases necessary, but often it acts like a broom putting all the dirt under the sofa where it stays ! A psychologist, helps you to solve your problems without drugs if possible ! and this indeed lasts longer !

I have read somewhere that psychiatrists have serious problems with themselves and that's why they studied psychology ! I am sorry if ever there is a psychiatrist reading this post, he or she must be an exception ! 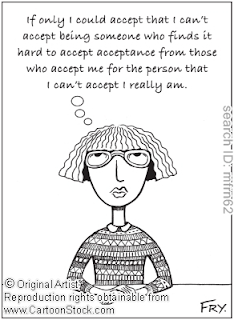 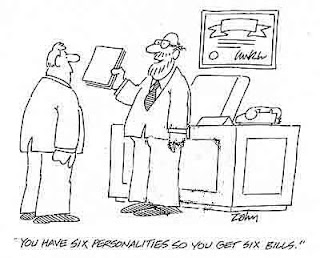 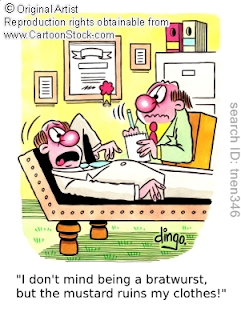 Scary trip to the psychiatrist! I enjoyed reading your article.

I'm not sure I'd always agree with this assessment of psychiatrists & psychologists.

Some psychiatrists are very good at helping people & are also fairly mentally healthy, while some psychologists are absolutely sick & terrible at their jobs.

Unfortunately for the poor patients, it's pretty much "the luck of the draw"--whomever one chooses is the therapist whom one ends up with. There doesn't seem to be any way that prospective patients can "test-drive" their therapists before committing to them.

It's true. There's a huge difference between the two. Well done. Interesting read.

Luckily I haven't needed either yet but the psychologist sounds the most helpful.

It seems your doctor made a mistake and then found the right person for you. Your post amused me - I can just imagine the two of you sitting glaring at each other.

I'm always delighted reading your stories. That "thing"about black and white, I think they would have more colors to bright the day of people that need to talk...more flowers around...anyway, maybe I'm crazy! :)
Never tried these therapies but I had depression symptoms postpartum ( my first baby ).
Funny cartoons today!Thanks for sharing!
hugs
Léia

It took me many years to find the right person to help me with my depression. It happened to be a man, a Psychiatrist. I felt so much better after seeing him and getting on the correct medication.

I think psychiatrists are very dangerous people. They have the most education so no one can argue with them and if they are in charge of hospitals they have a lot of power.
You don't want to be caught in one such persons clutches. And yes I think many of them are looney themselves. lol Often they give bad advice and they are used by government to guide societies.
You were wise to leave.

Sometimes psychiatrists make you feel worse instead of better. But that's just my opinion. I am sure that there are people who really need to see them.

In the US, psychiatrists are doctors that prescribe medicine to patients, often without giving them any talk therapy at all. (While they do receive some training for conducting therapy, it is considerably less than psychologists and MFTs receive.)

Psychologists are also doctors, but not medical doctors. They have PhD's and are trained to diagnose disorders. Most of them do conduct therapy, and they are well-trained to do so.

But it's the Marriage and Family Therapists (MFTs) that I would seek out for talk therapy. While they cannot give medication or do testing, they are the best (in my experience) at conducting therapy. And they are cheaper than psychologists.

Of course, I may be prejudiced, as my son is one!

Sometimes psychiatrists make you feel worse instead of better. But that's just my opinion. I am sure that there are people who really need to see them.

As always, you write with a humorous view, Gattina! But you do present something important.
If you don't like someone, that person can't help you! You probably know I'm a retired psychologist, but there are good and bad ones in my previous - as in any - profession!
Have a great rest of the week:)

I did once see a Hypnotherapist for insomnia but after 2 sessions lying there and trying not to laugh as his voice droned on I gave up. Treatment would have worked better if he had hit me on the head with a brick then I would have slept. I still suffer from insomnia.

I'm not a fan, either. I would say they killed my best friend with their drugs and god-playing.

The same thing happened to me with a psychiatrist when I was in my 20's!!! Psychiatrists are definitely a little strange in my book!!

I'm not sure all psychiatrists are bad and all psychologists are good. It just depends on the person.

I agree, there is a BIG difference between the two!! Great job.

I agree with you Gattina.

Just because someone had been trained in a particular profession, even has a degree, does not mean they are good at what they do.
Your cartoon are great!

I've gone to two over the years and both of them felt really ackward and uncomfortable!

I love your story...you are so quick thinking.

Thanks for letting us peer into your past with you for this letter 'P'.

I'm glad your persuasion helped you put an end to that stress!