My son loves to tease his Dad and most of the time with success.
Actually he is with his family in Italy at the Lake of Garda, visiting Mr. G.'s family and friends.

He called me to tell us that everything was OK but if Dad could text him all the cities of the way back, we used to take when we returned from Italy. I found this a little strange because he has a GPS.

Mr. G hates sending texts and it takes him hours to find the letters on the little keyboard of his mobile, but for his son he was ready to type. He sent all the city names in German, because the way was through Germany. München, Würzburg, Frankfurt, Köln etc. and while he was concentrating on the keyboard he swore in Italian because he often made a mistake. When finally it was done he sent the text with a sigh or relief. After a while he got an answer from dear son "could you please text the city names in French". Mr. G without thinking typed the city names in French : Munich, Wurzburg, Francfort, Cologne etc. and pushed on "sent".

Then he got another text : " Could you please sent me the city names in Italian ?" There Mr. G. became suspicious and said "Your" (in bold, each time he does something wrong it's not our son anymore but only mine) your son is crazy ! now he wants me to write all that in Italian !" I started to laugh and couldn't stop and then I said to him "don't you realize that he makes fun of you ?"

Mr. G. started to laugh too, and put his mobile aside ! 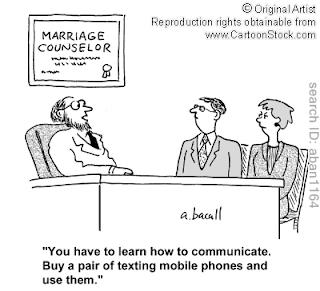 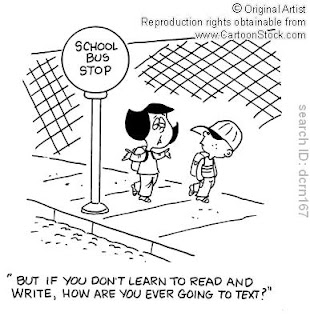 You clever multi-lingual people. Couldn't happen with my family, it's English or nothing.Years ago we managed to have a driving/camping holiday through Italy with 2 small children. we visited Rome, Naples, Mt.Vesuvius, Pompeii and Pisa to see the leaning tower. We managed with no Italian as Italians are so friendly.

That is a cute story of Mr. G. At least he knows how to Text. Jack doesn't have a clue, and he says he wants it that way!

I absolutely refused to do any texting with my little cellular phone until Dick was in the hospital last month. For him, I broke my rule, but I hated the process of texting, and told him so. He said, "It's easier if you turn your phone sideways" so I showed him my little phone, which requires me to click once, twice, three times or even four times, on a number, in order to get a letter. He, of course, has one of those "smart phones" with a keyboard, a GPS, a link to the weather report, etc.
Poor Mr. G, being teased like that, but he must be very smart if he can text in three languages!
I will only text again if Dick is in the hospital again, and under no other circumstances.
K

lol
My husbands friend did this in The Soviet Union . They ate at the hotel restaurant which had a great menu but everything was out of stock which meant they really had no choices to choose from Then they gave them the bill. The guy asked for it in Deutch marks so the waiter had it calculated in Deutch marks The guy then said no this is not right. What is it in English pounds.
The waiter again went to calculate
The guy said not this is not right and sent him away again to do it in another currency and so on....
It took the poor waiter a long time to figure out he was being played. In the mean time he was perspiring from fear of trouble.lol

Your son is funny lol