Doing our laundry doesn't bother me at all, I just make two "hills", one for the white and one for the colored laundry, put it in the machine and push the button. Then I occupy myself with more interesting things.

But one thing I really hate is folding the whole stuff and put it back into the closets and wardrobes or wherever.

Last week Mr. G. arrived in the kitchen and complained about his underpants which apparently had shrinked and hurt him on both sides. I told him that it is made of a matrial which doesn't shrink and that he had probably put on weight, which he denied furiously. Anyway he changed the underpants and came back with the one which had become to small to show them to me.

I looked at it and and looked again and then I bursted out in laughter, he had put on the shorts of my two part sunbath suit, which explained that they effectively were to small. He couldn't understand why I laughed so much until I explained him that "his" underpants were shorts which belonged to me.

"Ah, he said, I was already wondering about the strange cut, but I saw turquoise and I also have turquoise underpants". While folding the laundry, I hadn't payed attention and had put my shorts with his underwear.

Unfortunately he refused to model with my shorts, so I don't have any pictures. 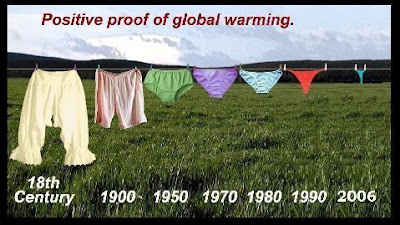 Hilarious... It took me two minutes to be able to write my comment, I had to stop laughing first... :)
God bless you!
Cezar

Oh that is wonderfully hilarious!

Wonderful - but what a pity Mr G. wouldn't model them;-)