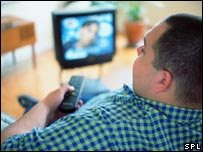 Bogota opens 'museum of laziness'
The museum hopes to get people to think about what laziness is
A museum dedicated to laziness has opened in Colombia's capital, Bogota. The event features sofas placed in front of televisions, hammocks and beds - anything associated with the avoidance of work. I would have needed that when I was working ! I think I would have been a very regular visitor 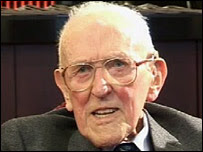 UK's oldest emigrant sails to NZ
Eric King-Turner said he lives "from day to day"
The UK's oldest emigrant has set sail for his new life in New Zealand - at the age of 102.
I don't know if he needed a "green card" and has got a good job, anyway it proves that it is never too late to imigrate ! 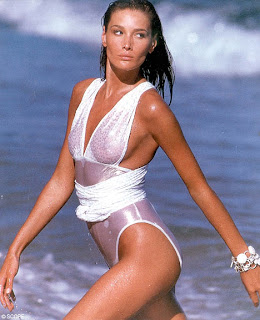 Sarkozy to wed his supermodel lover Carla Bruni in time to meet Queen
Nicolas Sarkozy will marry his supermodel lover Carla Bruni next month - in time for the two to enjoy a state visit to Britain.The wedding will take place in Paris on February 8 or 9, accordingto a newspaper owned by a close friend of the French president. This will be two weeks after Mr Sarkozy celebrates his 53rd birthday, and less than four months after his divorce from his second wife, Cecilia, also a model.
One thing I have to agree to, this man has taste ! Unfortunately that's not her case. But getting a first lady isn't that bad she only has to close her eyes. Finally there is a president who behaves like a superstar and keeps the paparazzi running ! When I think what the prude Americans did to poor old Clinton ! Can you imagine old Bush divorcing Laura and showing himself at the Niagara falls with a super model ???

The older you get the SMARTER you get, study says
They say you can't teach an old dog new tricks - but whoever came up with that particular adage was probably young and foolish. For contrary to the long-held assumption that brain power peaks between the ages of 18 and 26, new research indicates that it actually increases with age. You can see the result with me ! 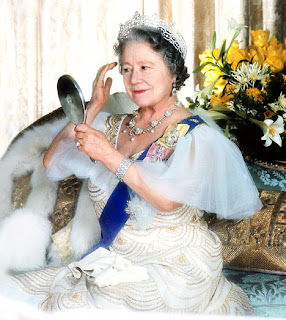 The Empress of Extravagance: How the Queen Mother left behind more than £7m in debts
When the Queen Mother died in 2002, at the age of 101, the chatelaine of five royal residences and with a vast retinue of more than a hundred servants, the astonishing scale of her expenditure - on haute couture, millinery, jewellery, a stable of 12 racehorses, vintage champagne and lavish entertainment in the manner of a bygone era - had left behind debts of more than £7million, making her arguably the greatest royal spendthrift since the opulent Versailles heyday of Marie Antoinette. And I only have one cleaning woman, 4 cats and no debts ! Life isn't fair !

Blair converts to Catholicism
LONDON: Six months after stepping down as prime minister of Britain, Tony Blair has completed his long-expected conversion to Roman Catholicism from Britain's established faith, Anglicanism, Catholic officials said in a statement. Is he looking for a place in Paradise ? I have heard that only catholics go to heaven, the others are all roasting in hell. That's probably why he converted. 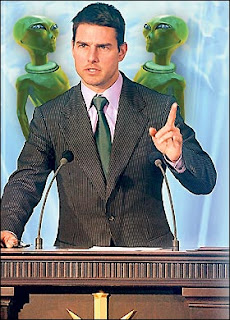 TOM CRUISE has become second-in-command of the alien-obsessed Scientology cult, a new book claims. And author ANDREW MORTON says some followers have speculated that his daughter Suri may have been fathered using FROZEN SPERM from its founder L RON HUBBARD. Now I understand why he suddenly has a child ! With Nicole Kidman it didn't work ! She probably refused insamination.
Posted by Gattina at 06:16