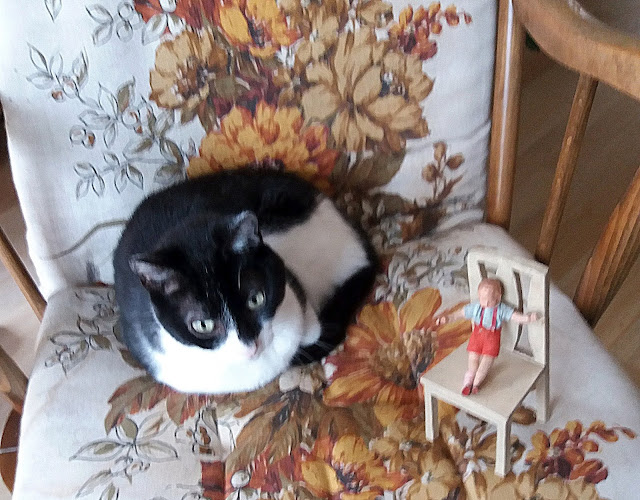 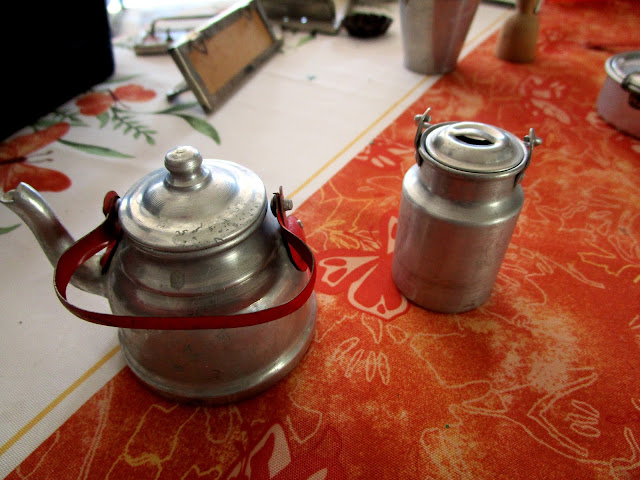 Kettle and milk can 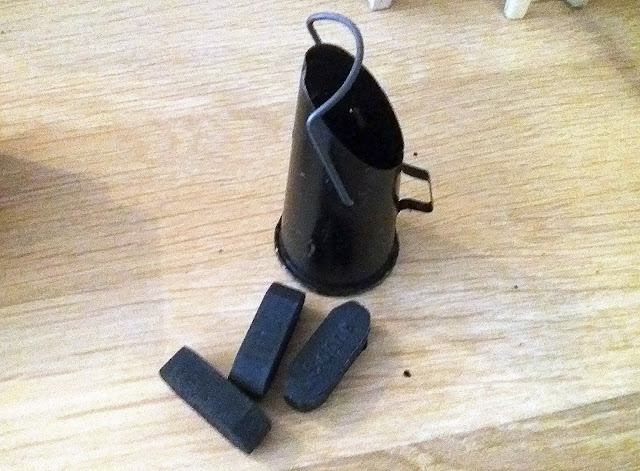 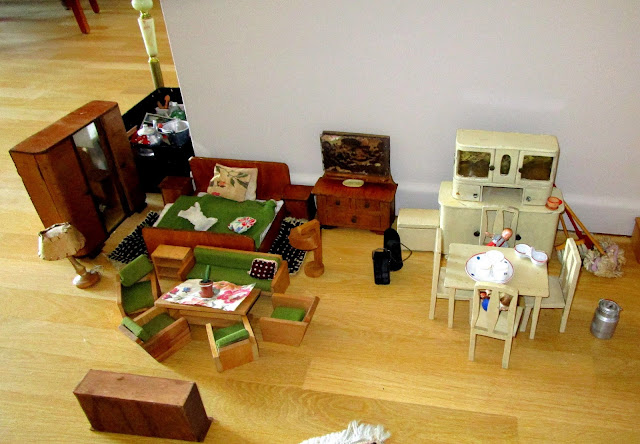 This is my doll house, bedroom, drawing room,  and kitchen, which I found in the attic when we moved, it is from 1947 and made by a carpenter who had 5 children and my mother in change knitted them a pullover each ! There was no money at that time in Germany and people swapped.

Now that we are not locked into our homes anymore and allowed to go out with or without mask, it depends on the country or continent, nothing happens. Yes you can discover nature or visit museums, but nothing else. All festivities had been cancelled !
To have  at least a bit fun we we visited Nicole who was happy to see us and we had a nice afternoon. I had also unpacked the last box from our move, with nothing special in it exept cats. Now at least I am almost done !

On Sunday I asked Myriam to unpack my dollhouse which I hadn't seen since I was 10 or 11 years old when I had seen it for the last time. I only was allowed to play with it on Christmas which meant the whole December and then it was put away for the next year. 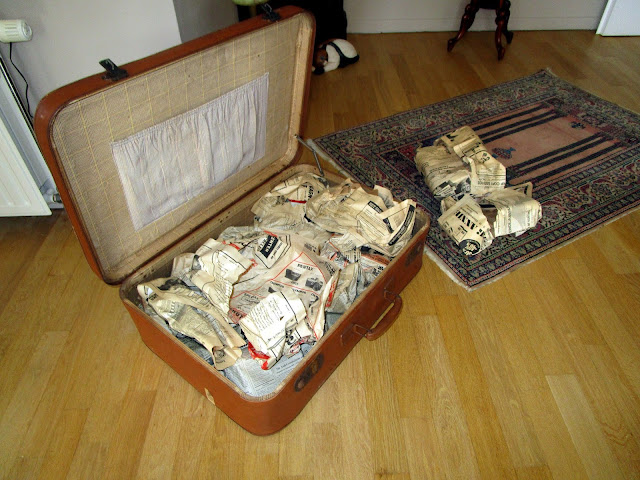 I was a bit reluctant to open the suitcase because I thought I would be disappointed, it often happens that things you loved as a child seem much smaller then you thought ! But here I found exactly my dollhouse as I had it in mind ! 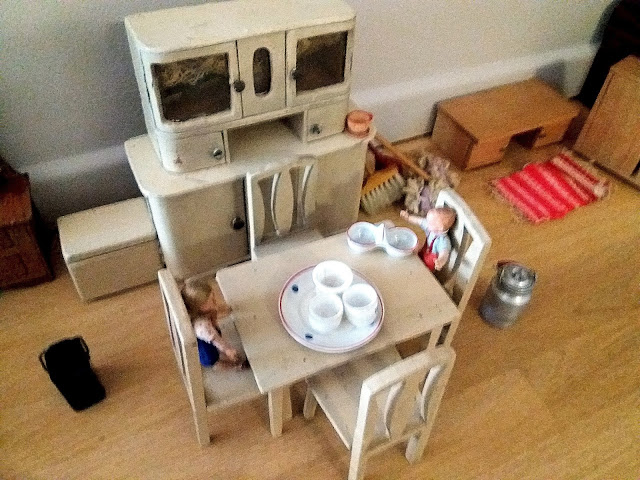 First we put the kitchen up 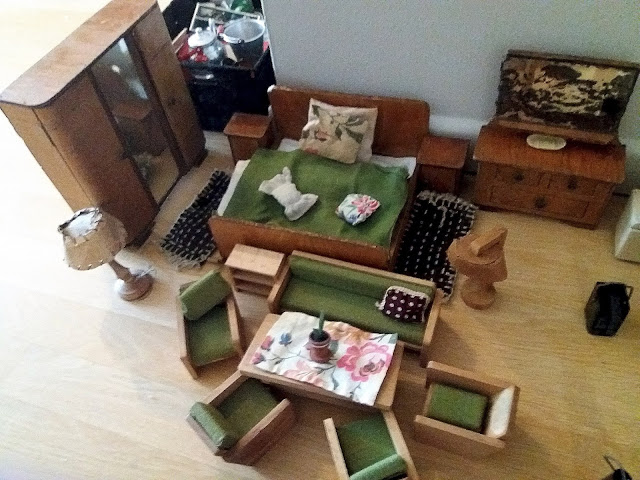 then the bedroom, and drawing room 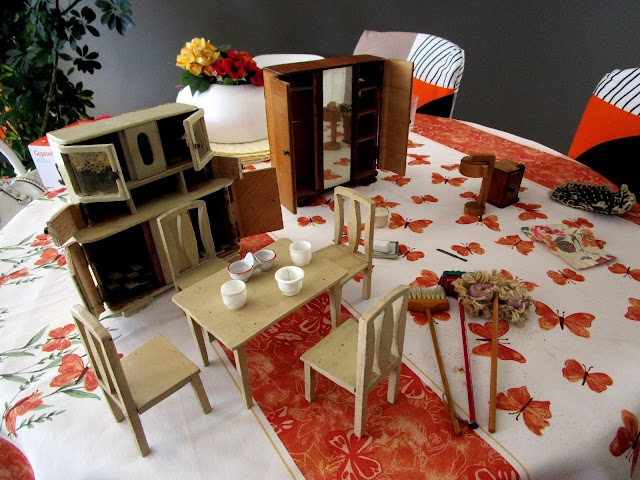 We had a lot of fun when we unpacked the suitcase and put the little furniture together !
There were also a stove and kitchen ustensils, cuttlery and even a sewing machine !
Myriam was delighted ! She never had seen such a doll house which on top was older then she was !

Now I have to find an exhibition place, because it's worthwhile to see, looks as if it belongs into a museum !
Posted by Gattina at 07:00