FALLING FROM THE SKY

Usually all what is falling from the sky in Belgium is rain ! Or maybe hail and snow, but that's it ! Never a star fell on my head or a flying saucer. No lightening touched my head or a meteorite knocked me out ! No E.T. visited me from the sky and kept me company. Therefore I never thought wearing a helmet when I go out. 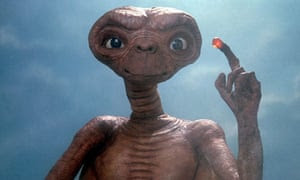 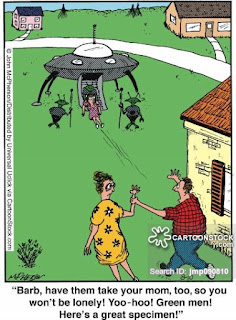 The only thing which I believed was falling on my head from the sky was an apple, which caused me a bump, and not even that fell from the sky but from an apple tree !

Other people have more luck, like my father for example. He was sleeping in the garden on a deckchair, his mouth wide open. The sound he made disturbed me while reading a book ! Suddenly he pushed a scream and smeared something over his face ! A friendly pigeon had flown over father4s head and had dropped something which should bring luck. I laughed my head off (hiding inside the house) while he was furious and swearing at the poor bird. Mother came running outside because her Darling had screamed and washed his face ! Malicious joy is the best joy ! 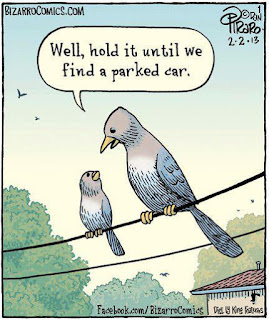 SOCS - Falling from the sky
Posted by Gattina at 07:00

You would know the German word for pleasure in other people's misfortunes. Here in the north of Australia people are employed to remove coconuts from trees. They could kill you.

The cartoons are hilarious!

I had one drop something on my freshly washed hair once. I was not a happy camper. But, if I had seen your father I would have laughed my head off with you!

Ha good take on the prompt. I once had the misfortune to be pooped on by a squirrel. Not a pleasant experience and I definitely didn't feel lucky lol

Long time ago, a bird dropped something on my shoulder. It was a very unpleasant experience. But at least it didn’t land in my mouth...!

Apparently your father deserved what he got! That is the kind of thing that makes you say “why me Lord?” When it happens. (I’ve had a seagull p,op on my head...only on the top of it fortunately... and I definitely did NOT deserve it!