I had gone to a movie with two friends. When I came home I realized that I had forgotten my keys ! I was locked out. I didn't worry too much as Mr. G. was home and probably sleeping. Sad for him that I had to wake him up to open the door. 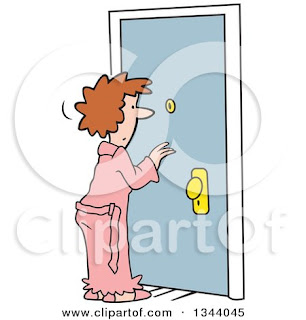 I rang the doorbell. Nothing. No noise at all. I knocked at the door and rang the bell at the same time. Still no move in the house. He must be in a very deep sleep.

Finally I took my mobile and called. The phone rang and rang, no answer. I tried the other phone and let it ring, nothing. Never had I thought that he was in such a deep sleep. He was home I was sure as his car was in front of the house.

My friend who was with me, took her mobile and rang his mobile, while I called the normal phone. It rang and rang. At the same time I also rang the door bell. Now there were 3 bells ringing. 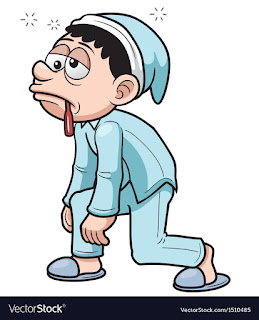 After a long while which seemed to me like an eternity, finally we heared a noise, then a deep cough followed by "Is that you" ? Yes I shouted, it's me since 15 minutes I try to wake you up ! He looked half asleep and had two question marks in his eyes. I didn't hear anything, he said. Yes, I answered that I have realized ! Your sleep was not deep, it was as if you were dead !

He was offended when I told him what we had done to wake him up and returned to bed.

A little later we both bursted out in laughter ! Sleeping so deeply was really more than special !

I can't imagine sleeping so deeply, but I'd love to actually do so. Thanks for posting. FMF #35 this week.

My partner has an afternoon nap and goes dead to the world. I don't understand and I am envious.

you are really "annoying" him...hehehe....lol.
have a great day

I don't think I sleep that soundly!

Sometimes we just need extra sleep. I woke at 6.30 today but managed to get back to sleep and when I next work it was 11.40!

Wow, he is a really deep sleeper.

oh my! That is a deep sleep! So glad he finally woke!

That is so funny. Jack also is a heavy sleeper!