Ever since the terrorist attacks in Brussels, tourists hesitate to visit this dangerous "hell hole" as Donald (Duck) Trump called our town. Belgium is also the nest of future terrorists and of course the TV helps for creating this unjustified reputation. In reality, I see as much danger as you  from the places concerned thanks to Television, in real life in the city center life goes on as usual.

Anyway wherever you go in Europe today, it can happen,that you are blown up, but you can also die by falling down the stairs to the basement if you have one. The funniest thing is, that I wanted to escape (from the attacks in Brussels) to Tunisia, but the Belgian government doesn't allow me to go there because of the danger, but I am allowed to go into Brussels city center. Strange is also that I am allowed to spend my holidays in Turkey, which every day has a little riot somewhere and people killed. Strange logic. I don't even try anymore to understand.

To help the hotel sector crisis, Brussels is launching a fun operation: the Brussels Pyjamas'Nights. The goal ? Encourage as many people to come or return and sleep at the hotel, including the Iris Festival which will take place on 7 and 8 May.

The condition is to check in, wearing a pyjama and you will get a minimum of 50 % discount from the 5th to 8th May included.


I found this a great idea ! Maybe I should spy on some big hotels and take pictures of the guests in pyjamas ! 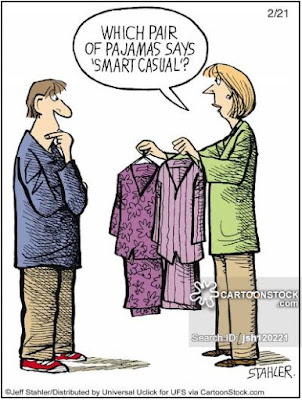 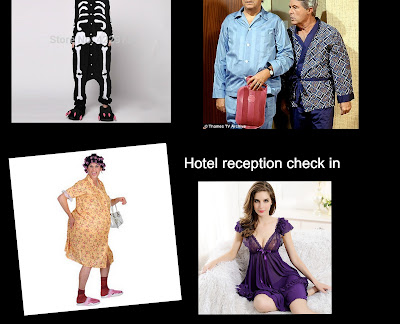 There is danger everywhere and we should not expect otherwise - after all, a fall on a pavement can kill you! It is strange the way our governments try to 'guide' us in our choice of destinations.

I don't have pyjamas, so I must pay full price?

Sounds a fun, creative idea from the Brussels hotels, I would love that if I was there. I am sorry that I won't make it to Brussels on our next trip, we will be in London and Paris though, sorry to be so near and yet so far!
Wren x

That is a great idea. What a pity I can't take advantage. I'm off to Manchester this weekend and then New York and a tour of the East coast.

That's a fun idea at the hotels. Tourism must be suffering really badly there but I hope it'll work!

Great idea to have a pyjama night! And about the danger in Brussels, I believe that dangerous things can happen everywhere. I have met dangerous people in Indonesia after we were liberated from the concentrationcamps. We stayed calm and were only threatened by boys with knives.
Well I don't think about it too much.
Have a great pyjama party, Gattina.
Wil, ABCW Team

Well, that wouldn't really work here: there is a strike on in the hotel business here in Norway!! But it sounds like a fantastic thing to do. I am just wondering about those people who sleep in the nude...

How fun to wear pajamas to check in and get a discount. As you say, there is danger everywhere, even in our own homes. A small town near us had 9 murders this year, all Mexican gang related. So it is certainly not just Brussels where danger can pop up.

Oh my goodness. That sounds so funny.

I do wish the media would not give so much time to the negative. I do like the idea of a discount! Too bad I'm so far away. I would love to visit Brussels! (and I'm even practicing my French)

I guess they have to be creative to try and lure people back.

On the one year anniversary of 9/11 the Houston Chronicle newspaper had a special section and something I wrote was published. I told how I now realized I was never completely safe...never had been and never will be. I would now add that I liked being naive though. But, it's true. We are never 100% safe. There's no such thing. Actually, Brussels is probably a lot safer right now than many other places.

I like the middle name you gave Donald Trump. I had to laugh.

I like the PJ idea. I hope you spend a few nights there. But I am thinking it will still be expensive.
When we were in Istanbul we were told not to worry about the rioting, that was all over the hill in a different place.
..

I should not have been anonymous. Can't figure that.
Jim of "Jim's Little Blog."
..

Might as well laugh I guess. The pajama thing is a riot. I'd be tempted to do exactly as you say -- should get some very funny pictures. (I sure would have to go pajama shopping first if I were going to check in wearing my night-ware).

Sounds like a fun event to me! Of course the women will all buy some new PJ's:)
Let someone take a pic of you Gattina, proof you were there:):) Happy Mothers Day to you!

Our middle daughter just returned from Ireland. She felt very safe there and I think common sense is always in order wherever you are. I am no fan of Trump's but our own government scares us constantly and the mainstream media too because they would all run and hide in the face of terror and leave the taxpayer hanging which I have become accustom too. One of the safest cities in my opinion was NYC when we spent a week there two years ago. I am always very aware of my surroundings and don't take much stock in anything any politician says. It is usually riddled with lies. I am more sad about my friend Jenny Matlock having to take a break from her blog. If anything could help Jenny I would hand carry it to her. It breaks my heart. When our youngest son ran in a cross Country meet in his senior year of high school Jenny and her wonderful hubby met us there and drove along way just to spend a little time with us. It will not be the same without her here but I wish her good health and hope she can get the medical care she needs to enjoy her life again. Thank you for writing. It is always good to visit here.