On Sunday morning when I opened the stores, the sun was shining and the sky blue and immediately I felt full of energy to go out and enjoy the wonderful weather. Ilona had the same idea. So in the afternoon I picked her up and then .... a strong wind blew us in the faces, despite the fact that we were dressed like Eskimos we were freezing. No way to walk outside ! 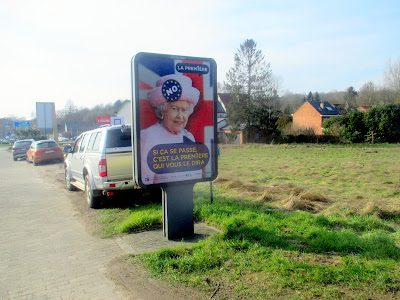 On my way to Ilona, near Wellington's headquarters the Queen smiled at me saying No to UK exit of the European Union. She was right, finally it's thanks to Wellington that we have the Europe of today, if Napoleon had won, we would all speak French today ! 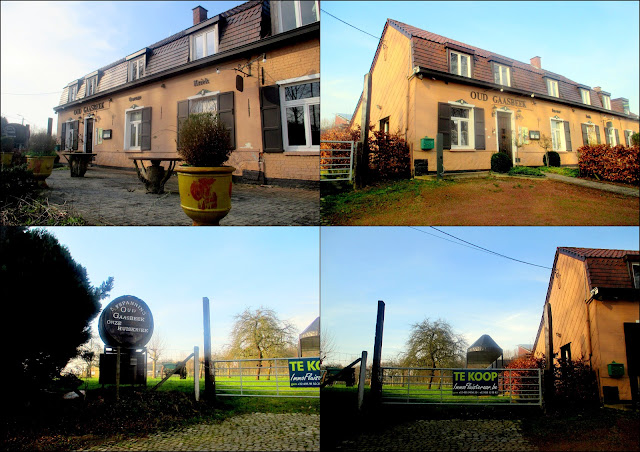 We decided to have a drink in a nice Brasserie just in front of the entrance to the  Gaasbeek castle. We had no luck ! It was closed and for sale ! We hurried back to the car and decided to go in the huge Garden Center which was nearby. 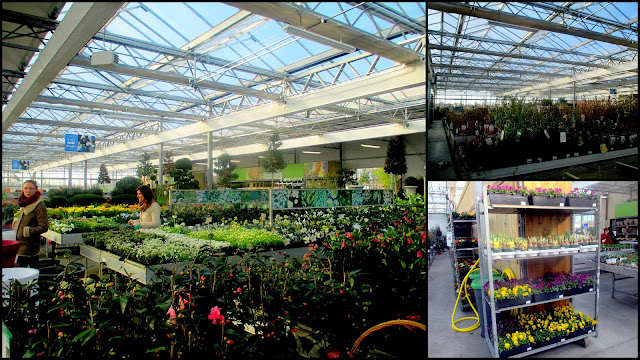 at least there we had some spring views, on lots of flowers, garden furniture and decoration. Ilona bought some plants and some potting soil, I bought nothing for once. We then returned to her home and warmed us up with a hot coffee !

On Sunday I wanted to go to the Midi Market, but it was again so windy and cold, that I preferred to stay inside. We got a few telephone calls from friends where Mr. G. had installed Window 10, I thought we should open a hotline. But the problems were easy to solve and they were all happy. 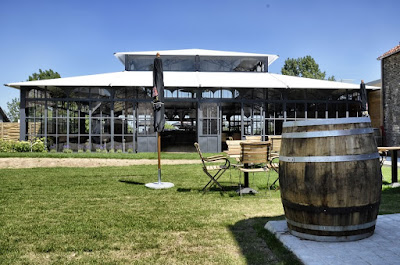 The afternoon I spent with Nicole and her granddaughter in the "l'Orangerie" which had been built for the bicentenary of the Waterloo battle. From there you have a wonderful view over the fields.
It was nice and warm in there and chatted with the people. Charlie was with us and is always a nice subject for a conversation. 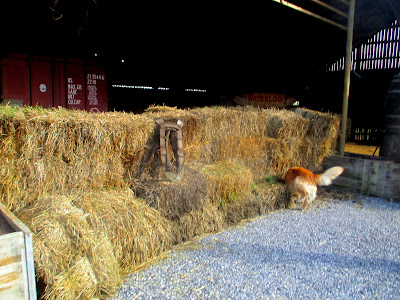 Before we left the farm he had to water the straw ball bale in front of the barn.