1. Because of my job as temporary tourist guide, it had been recommended to wear our jacket wherever we go in Waterloo, in case a lost tourists need some information. 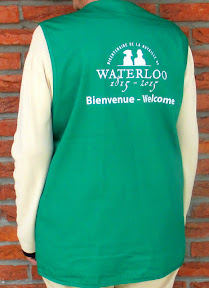 So while I did my shopping, two tourists asked me how to go to the Lion's mound. 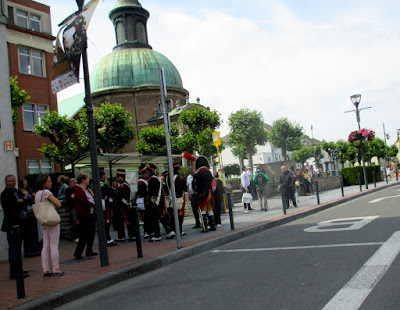 Others were waiting at the bus station and asked me in which direction they had to go and which stop to take to get out of the bus and walk to the Lion.

2. Before the whole show started, I went to the Hougomont farm to take some pictures. I was all alone because officially the site was closed to prepare it for the VIP's visitors from all over the world. My green jacket was my passport ! 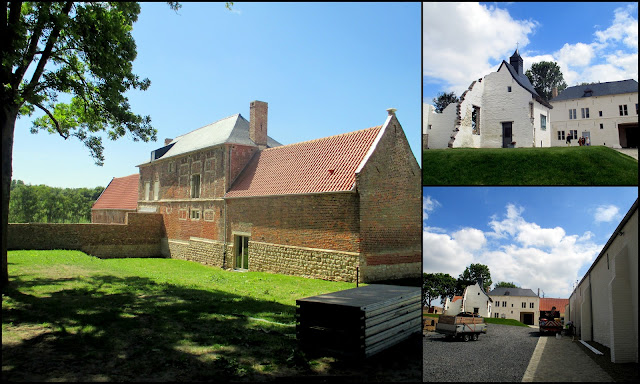 The farm looked really nice now. No comparison to the ruin it had been 2 years ago. 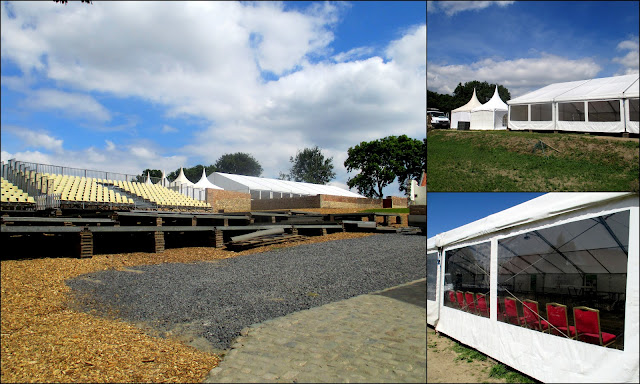 I also took pictures of the stands where Charles and Camilla and other VIP's would sit. I only hoped that the ladies didn't wear high heels. (More about "Behind the scenes here) 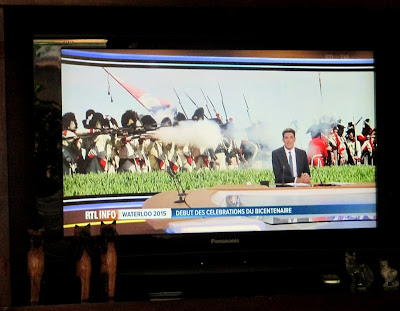 There was a long reportage about the ceremonies 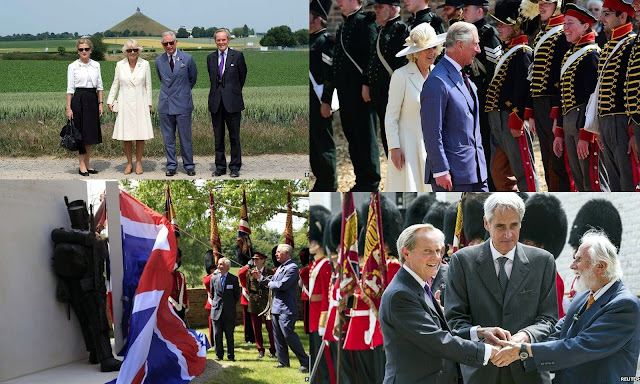 This collage shows the most important moments. Charles and Camilla together with the last Duke of Wellington. The presentation of the figurants, revealing of two new statues and a handshake between the descendants of the army leaders. The actual Duke of Wellington, Prince Charles Bonaparte (Napoleon)  and the German Prince Blücher a sign of peace between the countries.

5. After my painting class, I quickly drove over to the Lion. Today is the big day with the official inauguration of the new Lion site. On my way I noticed that suddenly lots of restaurants and cafés served "English Breakfast" which I had never seen before ! 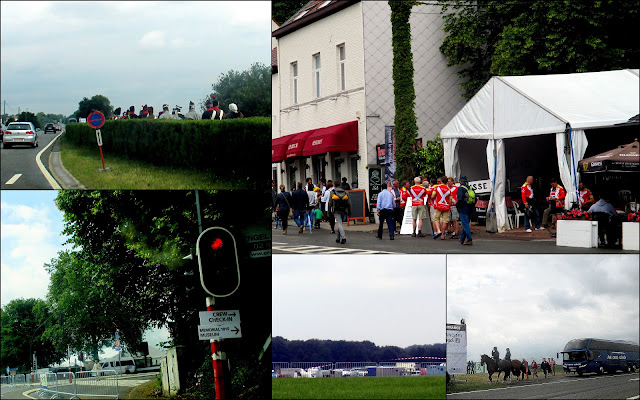 The way to the Lion was closed, Soldiers arrived along the street, others had breakfast, from far I could see the campers, and police on horses arrived. I couldn't go further, because .... 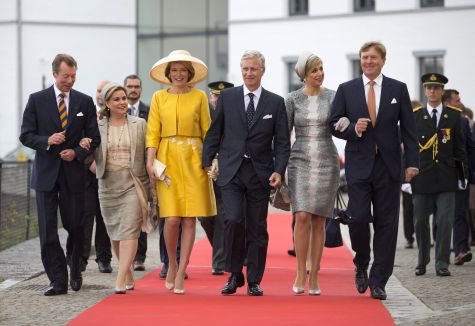 at the same time on the other side of the hill arrived the Royals for the official ceremony under the Lion. The Duke and Duchess of Luxembourg, Queen Mathilde and King Philip, Queen Maxima and King Willem Alexander of the Netherlands.

Even with my green jacket, as I was not great great great etc grandchild of Napoleon or Wellington, I had to return home.