Our usual quiet weekends this time it was rather eventful ! We were invited all together for a barbecue  to my son's best friend who has a little boy same age as our four year old grandson. 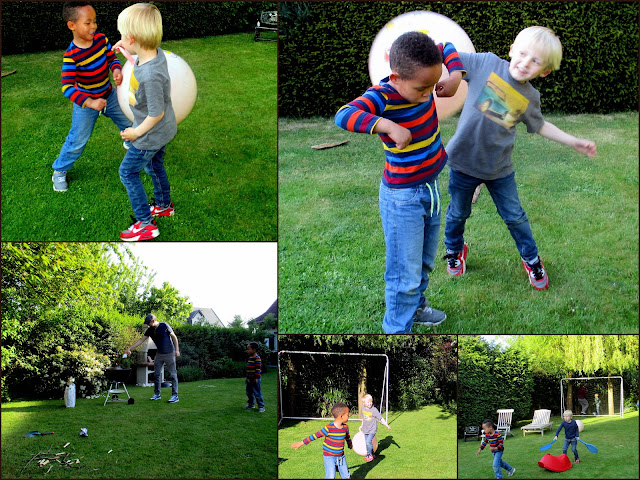 They had a lot of fun in the garden, while our son was busy to get the fire on. It's strange, houses burn down without any reason and very quick, but a barbecue takes ages to get ready !

While we the adults had our meal in the dining room, the kids ate in the kitchen. 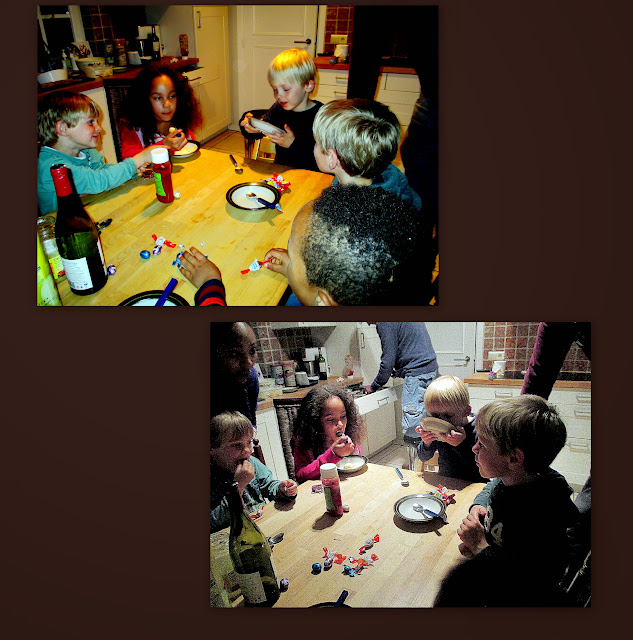 The ice cream was especially good ! Toby licked out his bowl until it was so clean you didn't even have to put it in the dishwasher. 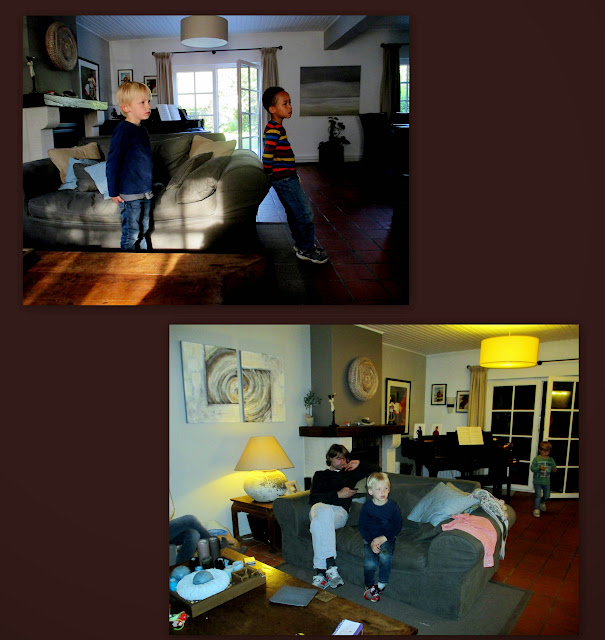 While we chatted and had also a lot of fun, the kids watched TV.

The next evening I went to the theater together with two friends, and left the 2 and a half men alone. It was my season ticket and I didn't want to miss the play. 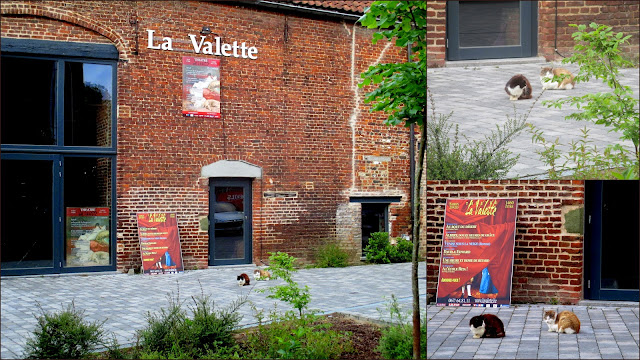 In front of the theater two cats were sleeping. The play was very funny it was the story of a young woman who had an awful vulgar vocabulary and she wanted to learn everything to be able to study in University. The professor who was a very posh gentleman tried his best, with the result that at the end the girl talked like him and he spoke like the girl at the beginning. It really was hilarious. 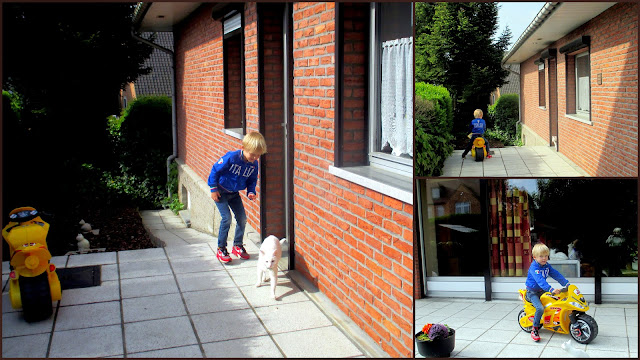 The next morning Toby played with cat Arthur on the terrace 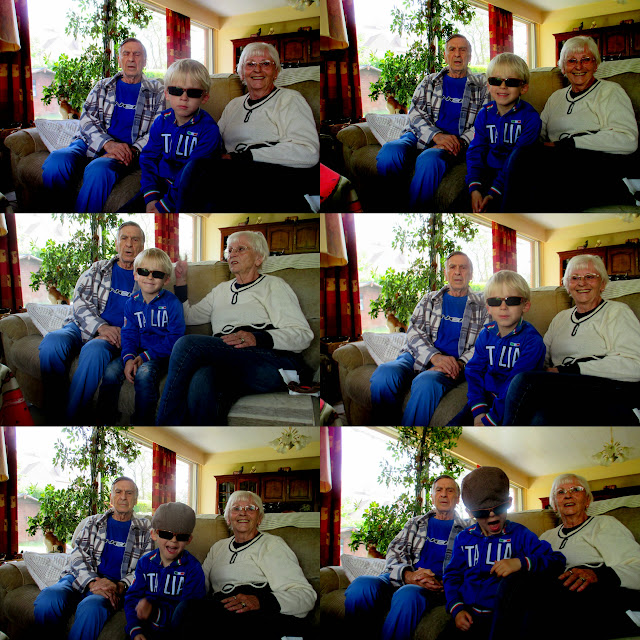 Before they left to return home to Amsterdam, we wanted to make an "official" picture : Grandparents with Grandson. The result was this ! Or Mr. G. had his mouth open or he had his eyes closed. My son told him to close his mouth several times and finally Toby had enough of posing and started to make the clown. What a photo session ! At least it looks natural !

After they had left, we spent the rest of the day recuperating from this eventful and funny weekend !
Posted by Gattina at 06:30

Such family times are to be treasured. They won't last forever.

What a fun weekend! The photo shoot is awesome!! I always have to take several to get the perfect one! We usually have lots of funny ones as well!

Thanks for playing along this week! (I will be posting a day later next week, as we have a long holiday weekend, with the actual holiday on Monday).

I do not have one single good posed photo of us and all our four kids together. Same with my daughter's family and us. Too many people, someone is always goofing off accidentally or on purpose. Oh well, we have our memories.

It is amazing to me how much the children, Toby especially, have grown! Savannah will be three years old on May 31. There is still a little bit of a toddler in her, where as Toby looks all grown into a proper child!

I love those natural photos. Especially if seen in a group with the rest. We took family photos one year and one family was just fooling around so much, those photos turned out better than the 'official' photo!

Natural...that's the best way to have our photos taken...