MY WEEKEND OF AUGUST 9

My friend Claudie an ex blogger had arrived for a week from the hot French Riviera into our for the moment rather cool Brussels. She had been with us already several times but there are still new things to discover in Brussels.

This time I took her to the Place Royale, where once a castle overlooked Brussels from Coudenberg hill. This castle had burnt down and on the ruins the new Royal Palace and various mansions had been built. 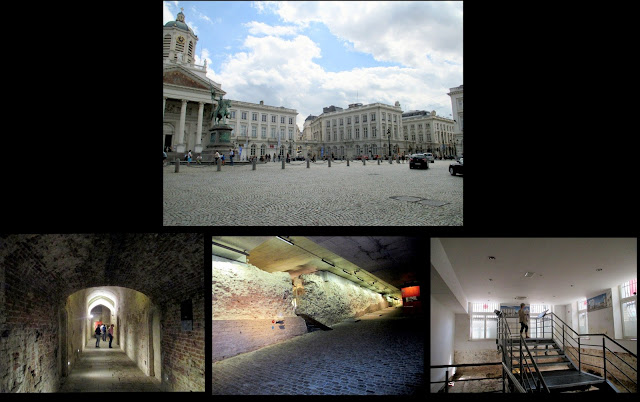 We went inside under the above place and walked around through the tunnels and what had been discovered from the past. 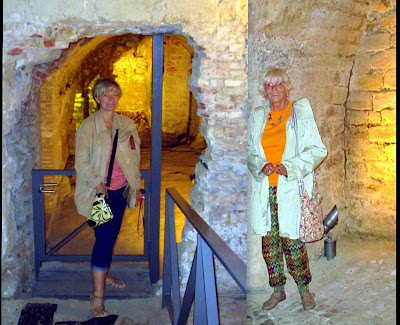 I had been there in 2008 when only a part of this site had been discovered and was rather surprised how big it had become. The entrance is just besides the Royal Palace.

Then we continued to the Church of Our Lady of Laeken where all Kings and Queens of Belgium are buried. We couldn't go inside, as it was closed. 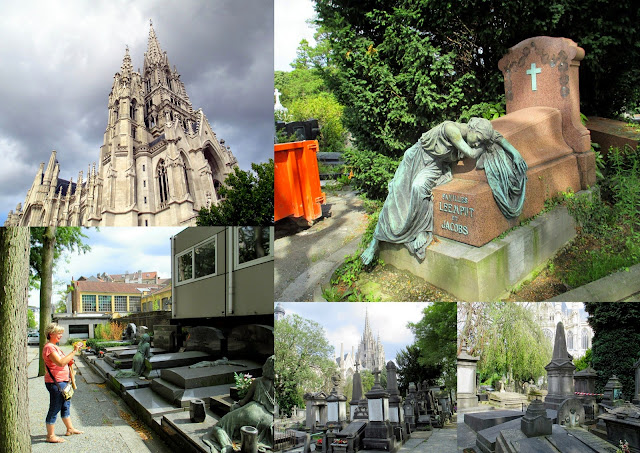 Just besides the church is the Laeken cemetery the oldest of all the cemeteries in Brussels still in function. Very popular among tourists and residents alike it’s often dubbed as the little brother of the Père-Lachaise cemetery in Paris. We wandered around these very old family graves and admired the beautiful sculptures of famous artists. 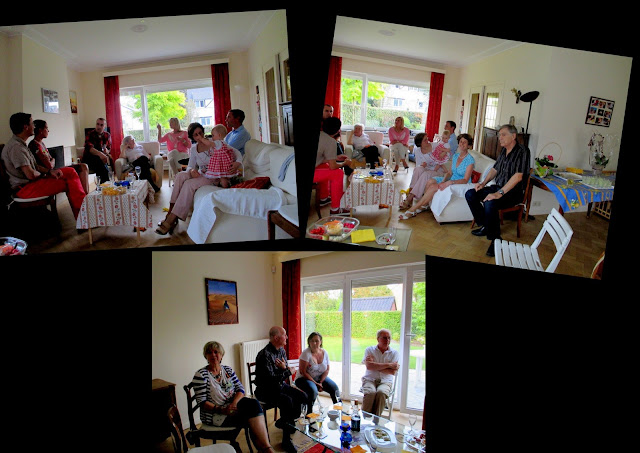 Late afternoon my friend Dominique had invited all our direct neighbors in our street. We were only 2 couples and one widow who lived there since the creation of our street at the end of the 60th. All the others had died or moved away and are replaced by a younger generation. We had a very funny evening and enjoyed our get together very much. How nice it is to have such good neighbors ! 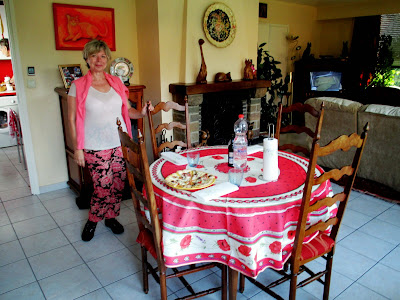 On Sunday morning we took the bus to Brussels for the midi market. Claudie bought these nice trousers and I the table cloth, and when we had finished with our walk through the stalls we had lunch in a little restaurant near the station.

In the afternoon it rained and rained. But we didn't want to stay home so I thought I would take her through the country side and do some sightseeing on cows and sheep. 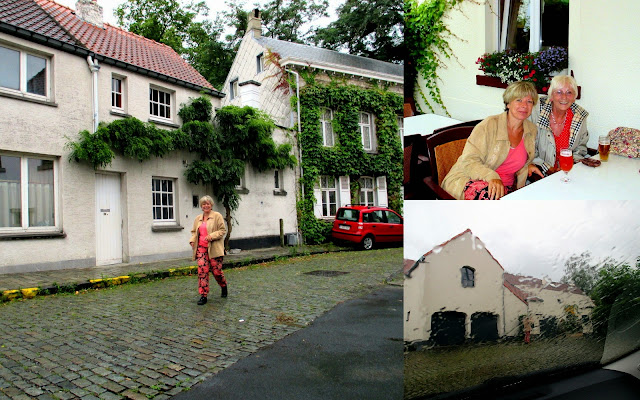 Claudie took lots of pictures of the little houses and in the pouring rain one of the renovated old farmhouse. We had a drink on the terrace of a Bristro (café) called the "big bike", and chatted with the local people. The bistro owner left us alone and when Claudie wanted to pay and went inside a guest showed her a bell in the ceiling which she had to ring. As she was too short for the bell the guest helped her and the owner appeared. Claudie was rather surprised that the guy left his bistro to the guests and watched TV. We could have disappeared without paying, but would probably have been stopped by the other guests !

Lovely places!! and so interesting things or details related to described events...

I don't even remember what we saw in Brussels when we were there on holiday years and years ago. Probably not much, since at that time neither me or my sister was very much into old things and museums.

Oh how nice that you see Claudie for such a nice time. Our weekend was okay, but with a lot of work. Today I make pickles, yet again!

You wrote a nice report about all our adventures! I really love the midi market where you find all you need for fast nothing!!!

It's always fun to share your home neighborhood and surroundings with a visitor who is like-minded (curious and a photographer and with wide interests just like you!) When you can do that, it is just like having a vacation at home - you see things through new eyes.