LONDON VICTIM OF A MOLE

Coming back from my holidays, I stopped for the day in London. Since the beginning of this year I had been 4 times in London and each time I discover more changes in the city. For the moment you see cranes and holes everywhere in the city. The mole which carves its way under the city is the Crossrail, London’s newest railway line, it will connect Maidenhead and Heathrow to the west of the capital to Shenfield and Abbey Wood in the east via a 118 km (112 miles)  route. 200 million people are expected to use the line every year. The new route passes through some 37 stations of the London network At its deepest point the new line will reach depths of around 40m (3.2 ft). 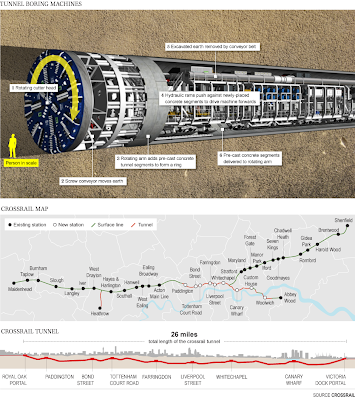 The first time London seemed to be a huge construction site was in 2012 for the Olympic games and now again. 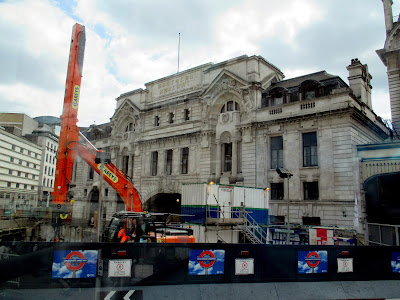 Everywhere I looked from the top of my bus I saw these cranes and holes. 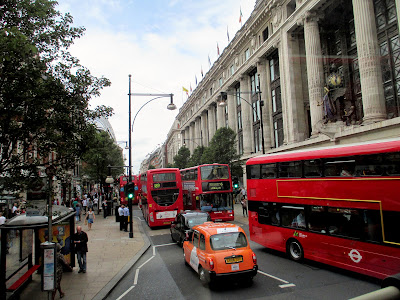 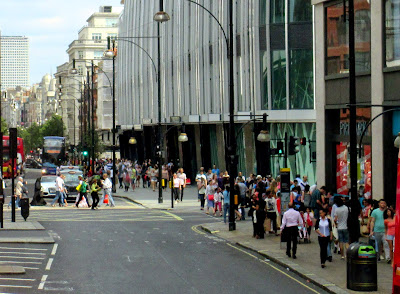 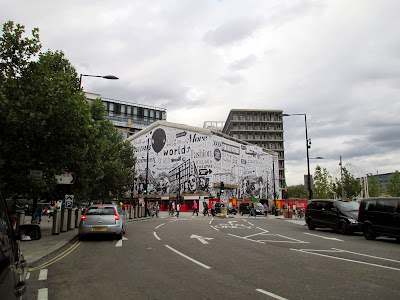 and each time around the St. Pancras station where I take my train to Brussels, there are new buildings, restaurants and cafés which grow like mushrooms ! In 2007 when St. Pancras became the station for the Eurostar which connects the UK to the continent through a tunnel under the sea, there was nothing around the station, not even a Mc Donald. Today you have the choice from Pubs to Sushis !

I always learn something new from you, I haven't heard of this project before. Can London traffic get any worse?

I have been watching a TV program about the construction of Crossrail. It is the most amazing engineering feat since the Victorians tunnelled their way beneath London. You are right about the cranes and construction that's going on. I know part of London Bridge railway station will be closing soon as they renew platforms there so not sure what I will do then.

our boring machine is called Alice.

Oddly just yesterday I searched out information about Crossrail. Underground, Overground, National and Crossrail, it does your head in. St Pancras is now very nice, as is the adjacent Kings Cross.

This is quite a project! It'll be a great way to travel when it's up and running.

My son would love the tunnel making machine. He watched a video on how one was used to build the chunnel.

I would love to be amid London's chaos!

Disruption now and convenience soon, as the new line opens.

Lots of expansion, huh? Sounds like I'll have to visit again before I don't recognize it!

That tunnel making machine is amazing!!

One would think that there isn't enough room for more construction in London. I guess they are continually modernising the city. It sure has a personality. The underground is an amazing engineering feat.

No public transportation here. The mole sound like a subway system. Which I've never been on

I love the way it's called the mole. How appropriate. Very interesting how much London is changing.

Interesting post, Gattina! I thought it was going to be about London cats catching garden moles! Hahahahaha!!!

Four times in London this year that's an impressive amount of travel as I only get there once in a blue moon these days I have loved learning about the London mole - thank you great post :)
Wren x

Hi Gattina .. you are so right - there is much, much, much going on in London right now .. constant holes everywhere ...

But I hope all will be improved and we'll have more choices ...

It seems people are always building newer, bigger and better things. I sometimes like the quaintness of the old better.

How cool to be able to visit London that often! I've only been once and that was a long, long time ago. I rode tubes and trains.
That's a lot of people to use the Crossrail. Hopefully, that will ease some of the congestion.
It's fun to see your London photos. That way I can visit vicariously.

Should surely help the traffic if everybody survives until its done. The joys of a huge city huh?

Oh sometimes I just hate change and the disruption it causes, is this because I'm getting old?

It always seems like progress has a ton of inconvenience.

I wonder if it would make you feel claustrophic?

thanks for a neat link for the letter L.