1. When I came back from France I found Mr. G. in a terrible state of travel fever ! He will go together with our son and Toby to Italy which in itself is a very nice idea ! But he worries so much about the train, the tram, the weight of his suitcase etc etc, that he doesn't sleep and when I had solved nearly all his problems, he always finds a new one ! I try very hard not to become a nervous wreck ! Poor man, when I think of all the travels we had done together without any travel fever ! 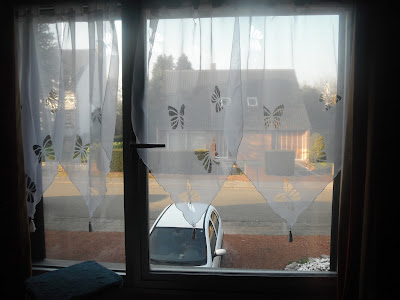 I had brought these nice curtains from France and now my rooms looks much lighter ! (and I see the people walking by better too ! ) Cat Rosie loved the little bobbles and started to play with them, but she stopped when I shouted at her !

2. While Oscar was mowing the lawn (again) I assisted to the inthronisation of the new Dutch King. Besides the fact that my grandson is half Dutch, and half German with also Italian blood I love watching Royals ! 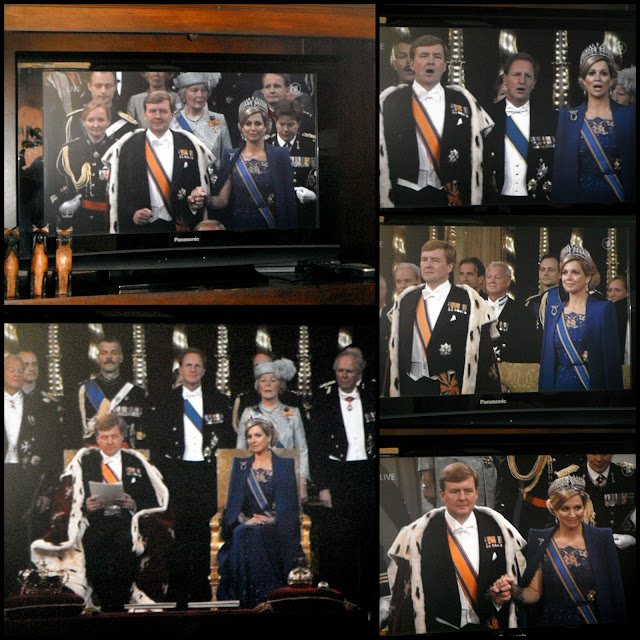 The new King and Queen arrived in the church, which isn't a church anymore. It was not a religious event. 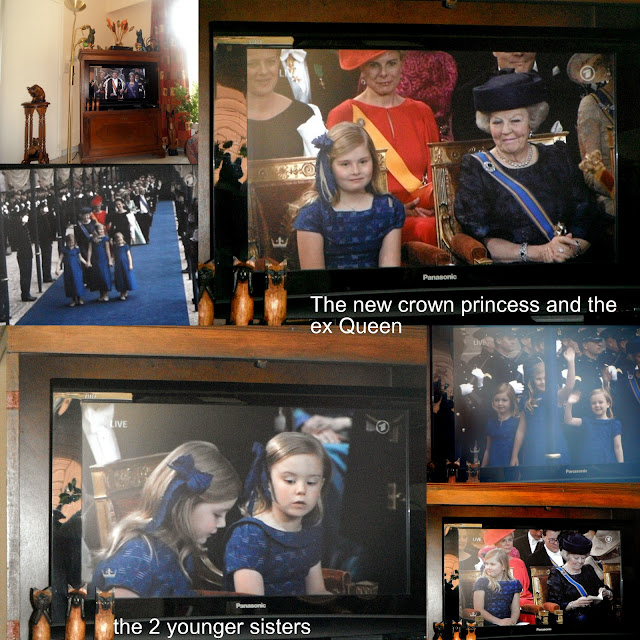 Their 3 little daughters were so brave and cute and really already behaved like Royals ! Grandma Beatrix the ex Queen distracted them and it was so touching to watch them. 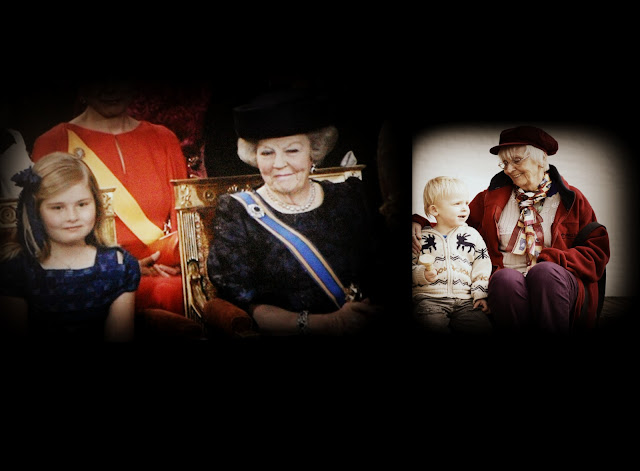 of course I sat besides the Royal Grandma ! 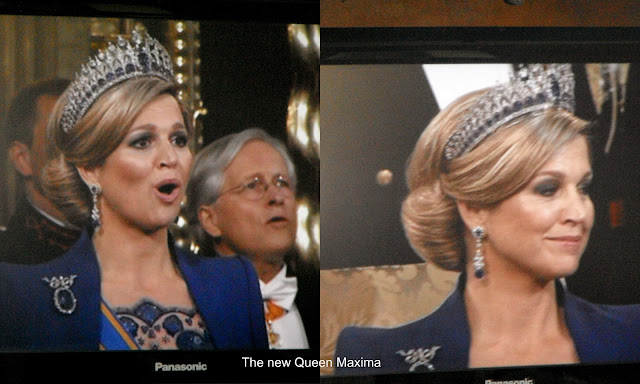 The new Queen is very sympathetic and very beautiful too. She is from Argentina is very warmhearted and cheerful. They both are very close to the population. 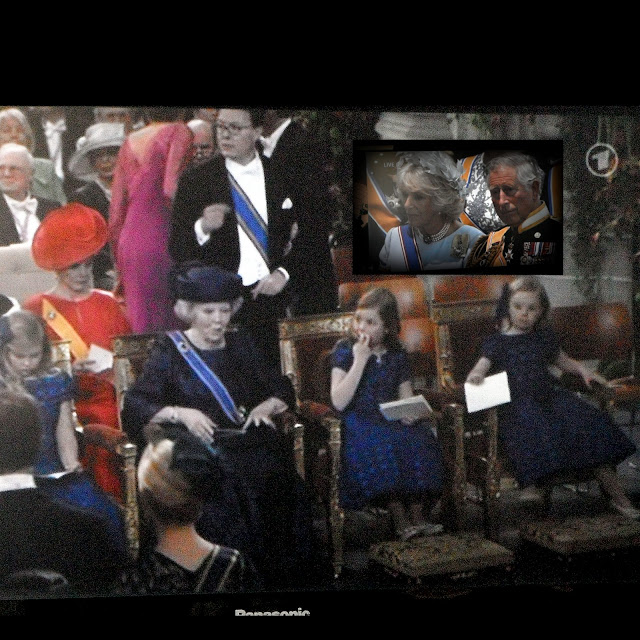 Charles and Camilla were there too, and he was probably thinking if one day he will be coronated too ! 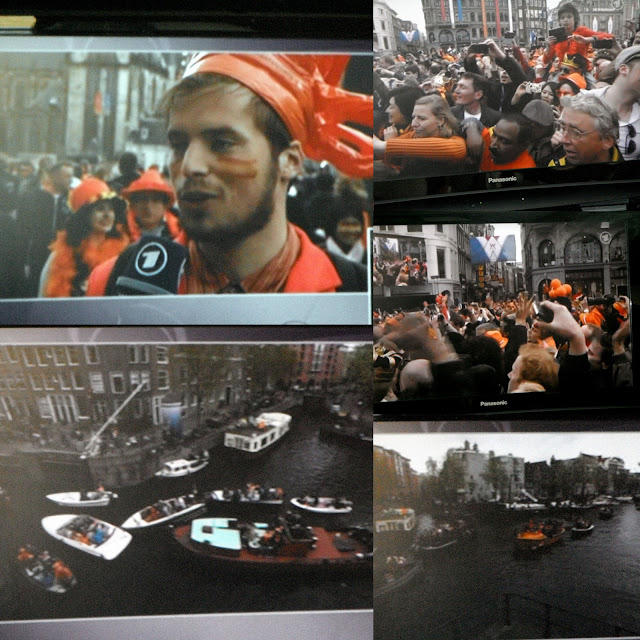 And the whole population celebrated with them and the orange color was everywhere !

3. To take a break from my travel fever plagued Mr. G. I went to my friend Ilona ! 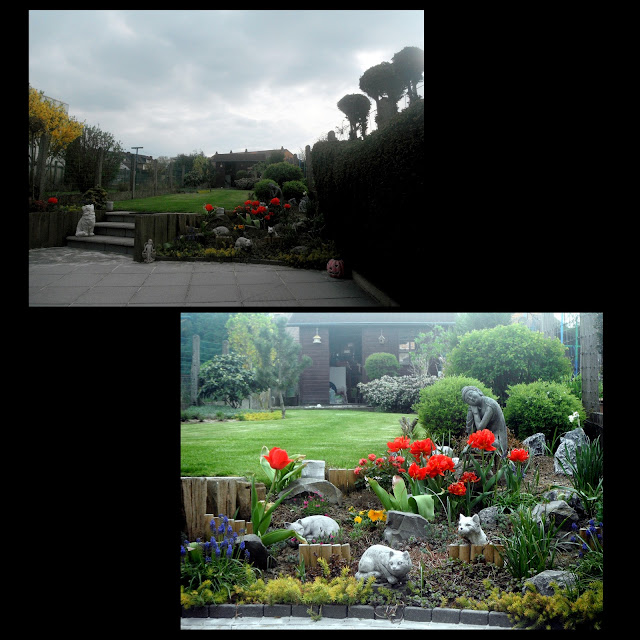 The weather was quiet nice and we could sit outside and have our Indian tea. It's useless to say that she loves cats too ! 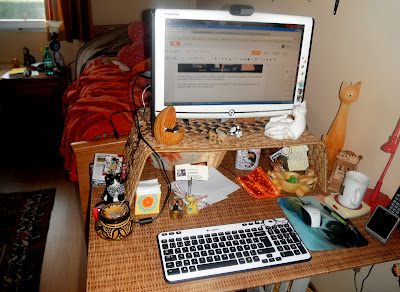 My keyboard went on strike when I wanted to use the letter "Y". In the English language this is very annoying. I had to buy a new one and found a very nice one in white and wireless ! With all the cables which are connected to my computer at least I have one USB key connection more. 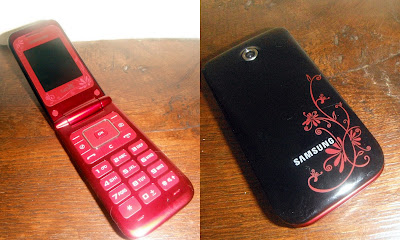 And as misfortune seldom comes alone, I lost my mobile ! I tried to call it, it rang somewhere once in the house, but then was dead as probably the battery ! We turned the whole house upside down, looked in the most unusual places, like the fridge, but we couldn't find it. Mr. G. started to worry again, because he couldn't call me when I am somewhere especially now that he will be away, so I bought a new one, and exactly the same as the one which is hiding somewhere in the house !

Oscar the lawn mower had to be moved into the garden shed. 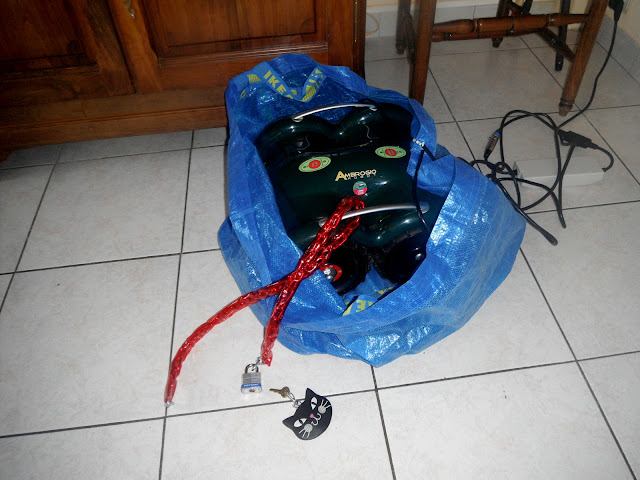 I feared that it could be stolen, because the shed is unlocked and such a robot is quiet interesting to steal !
I found a nice chain especially for this purpose and attached it inside the shed on a ladder ! I am sure everybody will see if a burglar wanders around with a long ladder and a robot attached to it. Our shed is so full that I didn't find another solution, but for the moment it's OK
Posted by Gattina at 06:00