PLEASE PROVE YOU ARE NOT A ROBOT

One day Blogger's big boss called for a meeting, because he got more and more spams on his blog. 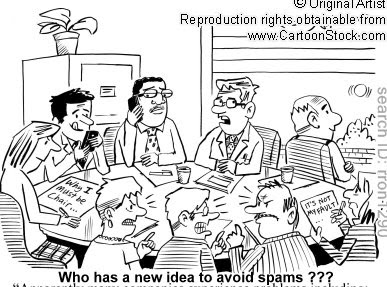 He asked his managers if they had an idea what to do to make comments more difficult. They discussed and discussed and their tongues became dry. Big Boss ordered drinks for everybody as refreshments. They all were very happy about that and drank and drank and finally one had a wonderful idea !

"We only have to change "Word Verification" into "Please prove you're not a Robot", he said and everybody agreed ! 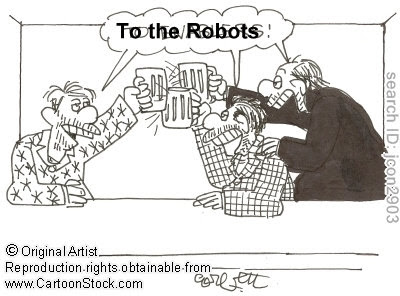 he quickly wrote down the words he had in mind, 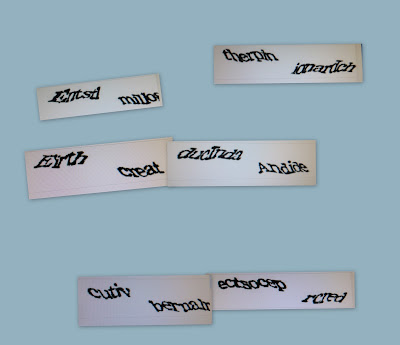 before he fell over the table in his glass and started to snore. The others found the above note under his right hand !

They looked at it and found it perfect ! Only one suggested sheepish "Isn't this a little difficult, even for a Robot ?" Nobody listened to him, and therefore we all have now to prove that we are human beings and not robots, if we want to leave a comment !

Jill Samter Photography what to do to protect you even without this feature
Posted by Gattina at 06:00

Well done. They are ridiculous words to try to decipher.

It's a pain. Sometimes it works if you just type the first word -sometimes it doesn't:-/

I think I am starting to see more people removing word verification.

I know, it's such a pain. Sometimes it can be very frustrating too.

I don't like these things cause sometimes you spend time writing a comment and find there are no captcha words and the vocal words you can;t hear. They make things very aggravating for you.so all the time is wasted and nothing gained from it.

That sounds about right!