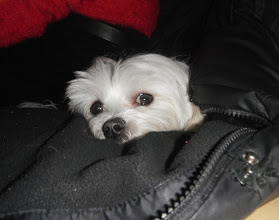 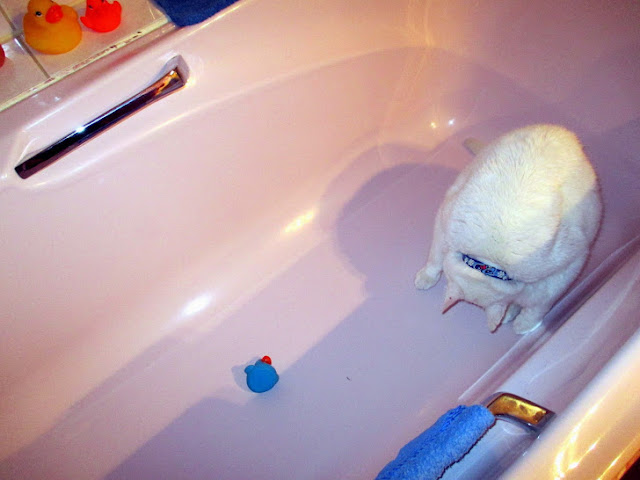 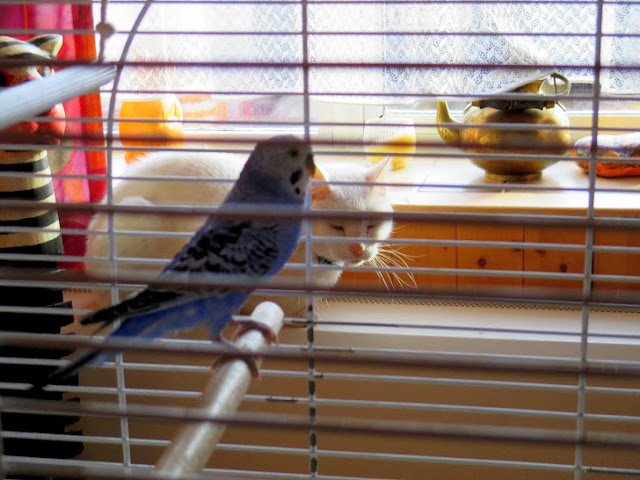 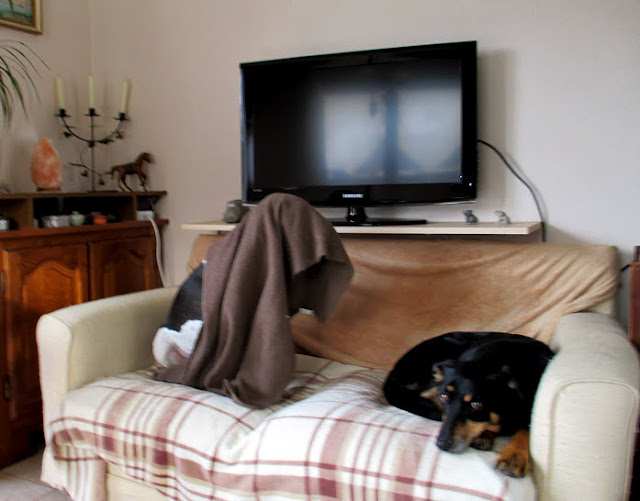 Linking to AWWWW MONDAY
WEEKEND
Saturday morning I woke up just before the alarm clock started ringing. I had to open the door for Maria my cleaning lady. I felt so as if I hadn't slept at all.
While Maria full of energy took care of the housework, me like a zombie finally started to check Mr. G's computer. I was looking for passwords, had to delete lots of emails and spams and started to understand his way of filing ! Not easy ! He makes things complicated when they are simple. Finally I almost found everything I was looking for and felt like Miss Marple who had solved part of a case.
.
I had lunch and watched a little movie in fact I wanted to watch but fell asleep and will watch the film in the evening ! I did my shopping and hoped that I wouldn't forget half of the stuff I had to buy because my son and Toby would arrive tomorrow !
Tomorrow is now today and around 11 son and grandson arrived. 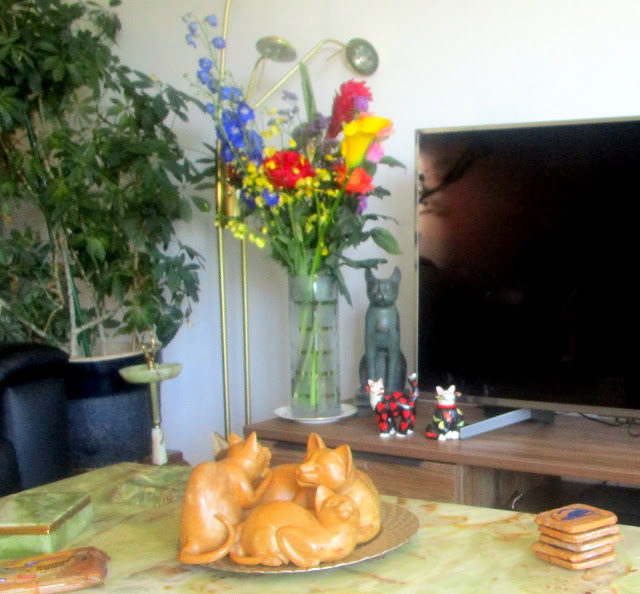 I got this beautiful bouquet and after lunch I had a few things to do where I needed a strong man or in this case two ! They folded the very big plastic cover with which I had covered our garden furniture. 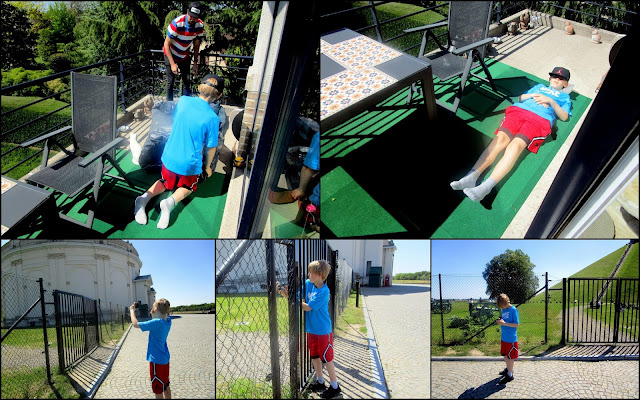 after work Toby did a little sunbath ! It was really a beautiful day ! Then son went to visit his father in the clinic while Toby and I went to the Waterloo Lion where he wanted to take pictures with the new smarphone he had gotten for his 10th birthday ! I noticed that his feet are bigger than mine and he arrives now at my shoulder which must be 1,60 m at least. There was nothing to see at the Lion and the weather was too beautiful to go into the museum underground !

Instead we went to the (wrote about it here)  Mont St. Jean farm The farm is now after several transformations and renovations the brewery of the Waterloo beer  and a restaurant.
It had been closed or used for other purposes than as restaurant and it was the second time that I went there. 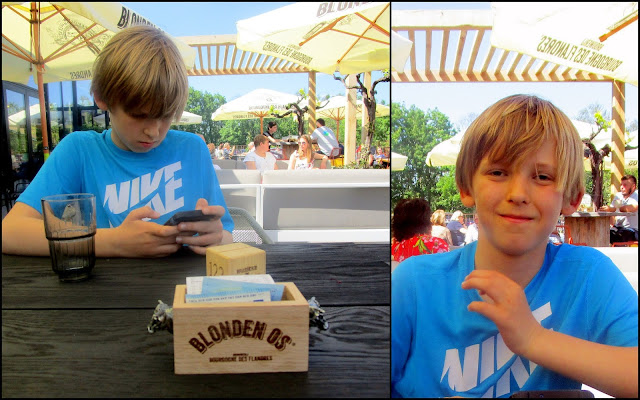 Toby liked it very much especially the huge portion of ice cream we got ! I had ordered two balls for each of us but did'nt know that they nearly as big as Tennis balls and delicious !
Toby now speaks fluently French and has no accent ! (I still have a little) He is learning English too and apparently that works quite well too. I liked the way of teaching the language. They learn first to speak and then comes writing and grammar. Like we had when we learned our mothertongue or have you started to learn grammar and writing as a baby ?? He loves to watch American cartoons like all "little" boys and I watched one with him and thought tonight I will do a nightmare ! All monsters who didn't impress him at all.
Then we went home and my son came a little  later and continued to do little things which were too difficult for me. Unfortunately the chest I had ordered to put in cushions, blankets etc hadn't arrived  and I have to find another victim to assemble it for me !
The time went by so quickly and they had to leave because due to the lockdown rules he was allowed to stay a day but not a night ! Fortunately the distance from Amsterdam to Brussels is not that much, a little more than 200 km.
Although I hadn't done nearly nothing I was exhausted when they left. I am becoming more and more tired.
Posted by Gattina at 03:39