I had come back late due to my adventurous return by train, instead of a plane, because usually the   train takes less time as the plane ! But I had no luck, the first train had electricity problems and I missed my correspondence to Brussels it took me until 9 pm when I was finally home. Normally it should have been around 6 pm,  therefore I was very tired and slept longer as usual.

I quickly wrote a post about the countries I had seen and then I had to go to Nicole for our Scrabble group. I felt a bit strange, still half on holidays and half at home.

The next day it became hot around 30°. I stayed home, the windows and shutters closed, unpacked my suitcase and fell into pieces, because without air conditioning the slightest physical effort became very hard work ! I decided to do the rest next day and rather file the 400 pictures I had taken, into the right folders.  A part from that I was hanging in front of the TV with the fan on and suffered in silence. The cats suffered too. 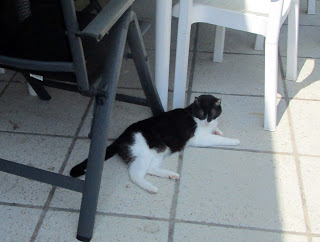 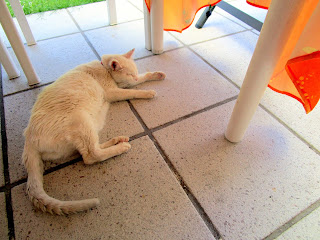 It even went worse the temperature went higher and Northern Europe was suffering a heat wave. We started with 35° in the morning and I sent my cleaning lady home because it was too hot to clean. She insisted to clean at least the floors and then she said good bye for 3 weeks returning to Poland where she is coming from and there it is not cooler !

Nicole was fed up to sit in the dark in her apartment and came over and we could sit outside under the Pergola with the fan and the heat was supportable. Besides eating an ice cream and drinking a lot of water we didn't do anything else. The News were full of suggestions what to do against the heat, so that they nearly forgot to mention the new British Prime Minister, who not only looks like a brother to Mr. Trump, but who also wants to make the UK great again. We don't need circuses anymore we have enough clowns in world politics !

We had decided to continue our painting class, but it was so hot already in the morning, that most of us didn't come. We finally were four, but enjoyed the air conditioned room and stayed chatting instead of painting. It was so nice and cool.

Then came the (I hope) highest point of temperatures ! The thermometer climbed up to 40° (104 F) in Brussels and Paris even higher. Impossible to do something in this heat. Finally I had enough, took my air conditioned car, picked up Nicole and we went to the Carrefour Lunch Garden to have ice cream and coffee. It was so nice there that we stayed 3 hours and didn't even realize. Mr. G. called and wondered where I was !

I wanted to start my travel report, but in this heat it is impossible, so my head inside looks like this : 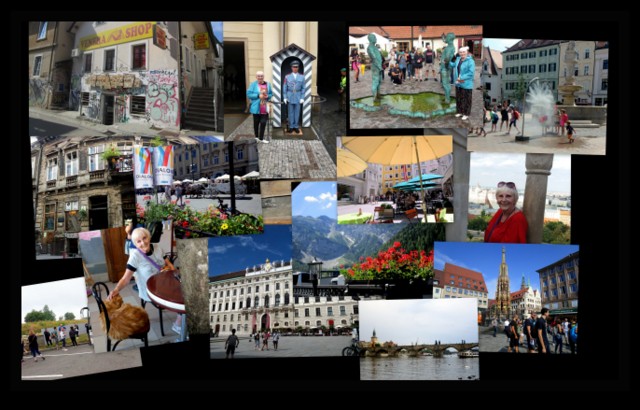 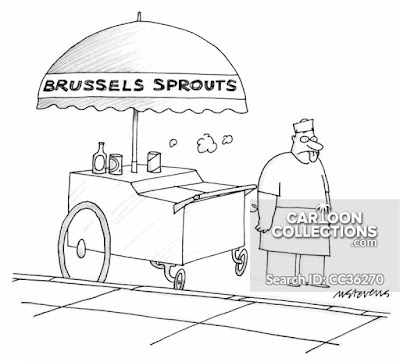 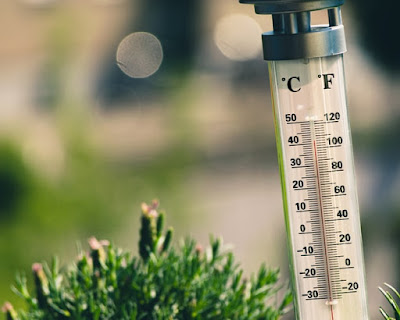 Oh, Gattina, I am so sorry the weather has been so hot; and without an air conditioner at home, how miserable. And your poor cats. :(

Sounds like you found a couple of ways to spend time in air-conditioned buildings through (your art class and coffee and a restaurant).

I laughed when I saw the photo of what your brain looks like. That is me, too, after a vacation until I get all my photos sorted. I hope the weather is much cooler this week and so are motivated to file your photos in good order.

Everytime I read about you attending your Scrabble group, I think, "I want to play." Maybe one of these days I will start my own group.

I hope your week is productive and cool.

All we can do, in heat, is exist. And find some A/C. If we don't have any, at home, seek it out elsewhere.

Everything that "needs" to be done, will still be there tomorrow, and next week!!!! :-)

I can’t believe how hot it is there...just awful. We (you and I both) were lucky to miss the heat wave on our travels. I’ve been home in Oregon since the first of this month and my head is still a puzzle.

My goodness what temperatures you are having, put your feet up and rest. Tomorrow is another day...

Glad you're safely home! I'm also glad most buildings here are air conditioned! I could not function well without it. Hope the heat lets up soon.

The cats will be happy when the heat's passed for the summer.

Yes this weather is definitely too hot for doing anything. I have eaten a lot of salads this week - no cooking going on!

In my thoughts it could cool off a bit.
Coffee is on

When returning from a tour, one usually feels half-half, not entirely at home and not on the roads. It'll pass. The heat wave will pass too...or not. After all, we're facing Climate Change. We'll adjust to the new situation, somehow.

Oh gosh it’s really hot there. I do hope you reached the highest point of temperature and it will only get cooler. We are having rather cool weekend. Even turned off AC and opened windows last night.
Stay cool xo

Oh my goodness. I like summer heat but that is way too hot for me. We had heat warnings out for last week but a big storm rolled through and pushed it all away but this week is supposed to be hot again. Hope you have a cooler week this week.

Oh my. I hope your temperatures have moderated and you are more comfortable now. I've been hearing about the heat wave Europe is having.
I think ice cream and air conditioning is an excellent way to stay cool.