I couldn't find out who had invented the expiration dates on nearly everything, except husbands and wives. Sure is that in most countries it started in 1981. Before people ate things when they should be rotten, but still not are, yogurts which taste delicious but are supposed to be disgusting since 3 days or even only one. You should watch the expiration date on rice, beans and other dried vegetables, which is strange because people stocked it for years when it was necessary especially in winter times, and they are still alive, me included. The same was with potatoes, my father stocked potatoes in the basement without writing a date on them and they lasted a whole season ! The rotten once we could see and throw away.

The expiration date of pharmaceuticals specifies the date the manufacturer guarantees the full potency and safety of a drug. Most medications continue to be effective and safe for a time after the expiration date. The study showed that about 90% of them were safe and effective as long as 15 years past their expiration dates. The others are send to Africa, for them everything is good with or without expired dates.

I should be dead since a long time with all what I had swallowed during 75 years, without looking at dates and all the added chemicals to the food !

Of course the reason for most expiration dates is not for you, the consumer, it's for the
manufacturer. You see, they put those expiration dates on the cans, boxes, bottles and jars for one reason only: to make money!

There are really some strange dates for example an expiration date for your child's seat (and when you have used it only 5 times ??)

Rice, beans, peas, lentils are supposed to remain consumable for ages, suddenly they don't last more then a year ! And the sailors in the past who crossed the ocean before fridge and microwave what did they eat ? My great, great,  great (I really don't know who many greats I should put) grand uncle when he immigrated to New York had to take beans, peas and lentils along, because the crossing of the ocean lasted 6 month !

Anyway I use the good old method, I put my nose in the product and smell. If it smells good then I eat it, if not I throw it away. 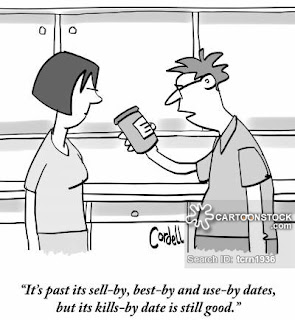 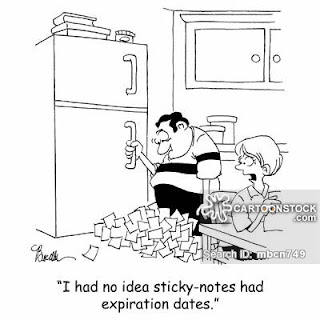 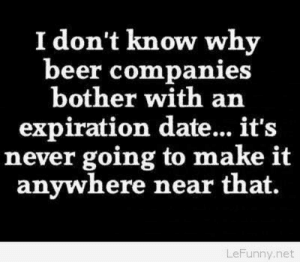 Nice work. These expiration dates are at best a suggestion. If it smells bad or tastes bad, don't eat it. Sunscreen cream protection is the exception. Don't take any risk of using that past the use by date.

I'm with you on this one...
If it smells okay then I'm in.
And drug companies do it to sell drugs...

I do check expiration dates, but my ultimate decision to use or throw away an item is also mainly based on my sense of smelling . Sometimes I'll give it to critters (dog,cat, bird).If it's not good, they'll ignore it.

I agree. Some expiration dates don't make sense. I tend not to pay too much attention to the expiry date on food items. When I was growing up, nothing had an expiry date. Now there is a date on everything - shampoos, cosmetics etc.

Like you I tend to use my common sense on expiry dates!