Some years ago, when I was still working a fellow worker asked me if I could keep his cat for a week as he had to go on a business trip. I knew his cat, a very quiet and cuddly cat, also very social. I told him to bring Otto along just to see if he wouldn't fight with my female cat Piccola. That's what he did and there was no problem at all, they liked each other immediately.

Therefore Otto spent a week holidays in our apartment where we lived at that time. In the middle of the apartment was a rather big hall from where all doors were leading to the different rooms. One door was a mirror ! Otto loved the mirror or rather the reflection of himself. As soon as he had discovered his "twin" he walked along the mirror tail up and in parade position and admired himself. He tried to sniff at this cat, but only found the rather cold mirror. Then he discovered that the reflection did the same moves as he did. He lifted a paw, the other cat lifted a paw too. He turned left and then right and the cat in the mirror did the same. And we watched him and laughed our heads off. No TV needed ! 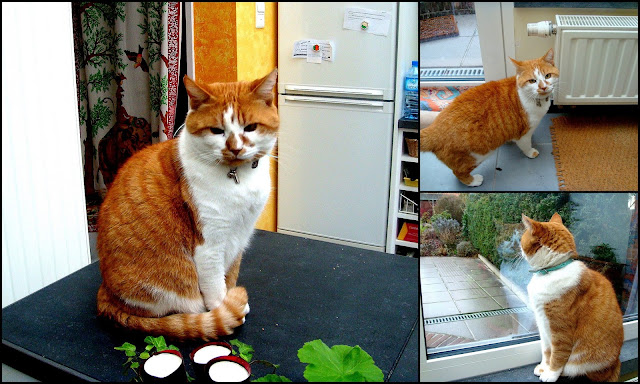 Otto also was happy, he admired himself each day and spent long hours in front of the mirror and watched  the strange cat who did exactly what he did too. I think he spent very nice holidays !

Not all cats can see their reflection in a mirror. They stare at it but don't see nothing. That's the case of my 3 cats. I can put them in front of a mirror or a wall the result is the same. 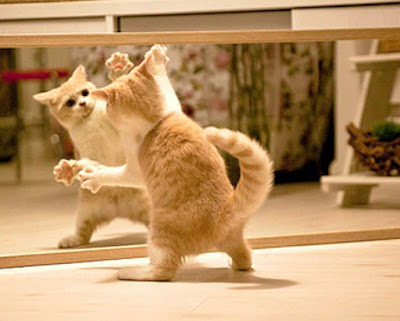 Others see another cat and start to fight 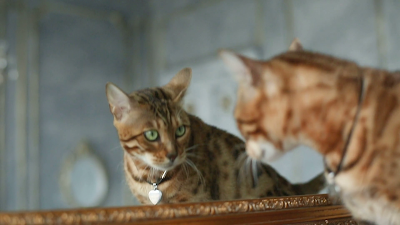 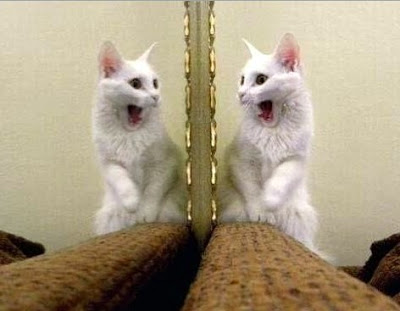 sometimes it also happens that they are scared and run away 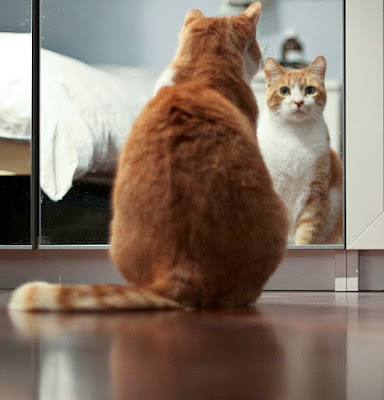 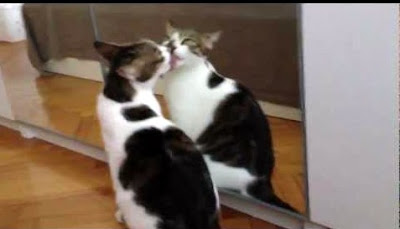 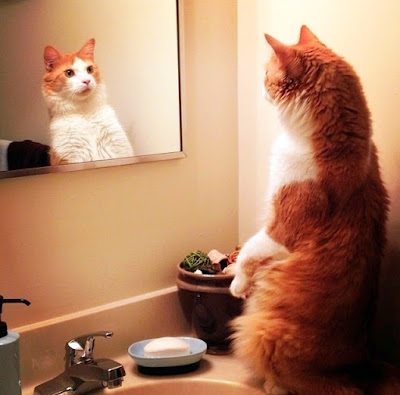 Or are very surprised to see something in this strange frame.