As I am an only child I inherited all the jewelry of my mother. Some of them were of great value, but in my eyes so ugly and outdated, that I didn't want to wear them, I thought I would look like a overdecorated Christmas tree. 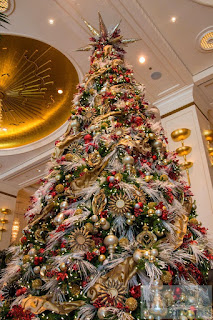 When I checked the jewelry with my father, there was a golden necklace missing. We looked through the whole house and my father swore that he hadn't taken it ! My mother had told me to watch that everything was there. She had learned not to trust her husband, she was afraid he would offer something to another woman and of course he was annoyed that I could say that to his friends. At that time they knew him better then I did, that came later. 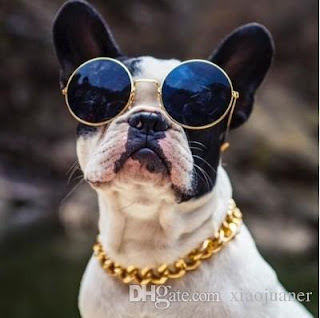 Finally I found a chain hidden behind the Television, which looked like a dog collar ! I took it and wondered why it was behind the TV, I was convinced that it was a fake fashion necklace which had no value at all !

Holding it in my hand and looking at it, my mother's caretaker pushed a loud scream and pointed on the chain .... "You found it, you found it" she screamed ! What ? I said, I thought it was a fake necklace or a dog collar ! No she exclaimed this necklace has a lot of value it's all in real gold !

Fortunately I hadn't put it in the basement for eventual repairing something or just thrown it away ! Instead I sold it and we had new tiles put in the kitchen and living room !

Linking to Five Minute Friday VALUE
Posted by Gattina at 08:57

There are times that gold can be over the top.

It was kind of like a treasure hunt story :-)

You make me laugh -- and I hope it doesn't scare you if I tell you we are kindred spirits, except you are smarter! My mother gave me sterling silver for "hope chest' gifts as soon as I turned 11 or 12 -- I HATED the stuff -- when we had our own babies I gave them the pieces to play in the sandbox with. At least you were smart enough to sell your inheritance!

I love the story, and especially the picture!

Thank goodness you found it. It would have been such a shame to have a thrown it away.

Strange how things turn up where you least expect them.