I wanted to try out a new restaurant in this new built area in Waterloo. It looks very nice. Unfortunately we couldn't eat outside the weather had cooled down. 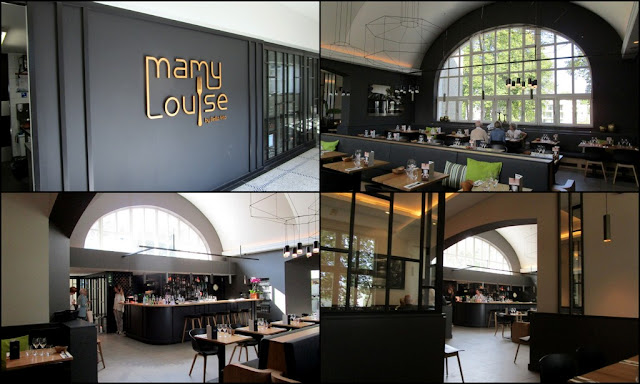 All restaurants make a special price for lunches and usually the prices vary between 10 and 15 € sometimes with drinks. I had been told that the food was very good and indeed it was delicious, it was the real sophisticated cuisine ! But !! 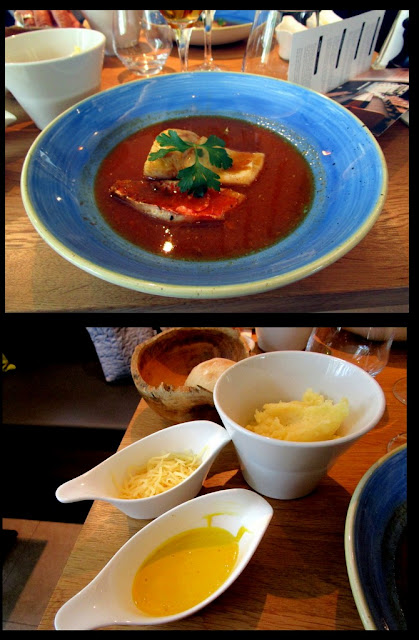 This was all we got ! Very nicely presented, but nothing for a hungry man or woman ! We just had enough and certainly not too much. As the restaurant is so new, the responsible wanted to know what we think. I told him that the food is delicious and well prepared, but the portions were too small for an adult man. He took note and we left, and had a coffee with a piece of cake at home. We won't certainly not go back there. 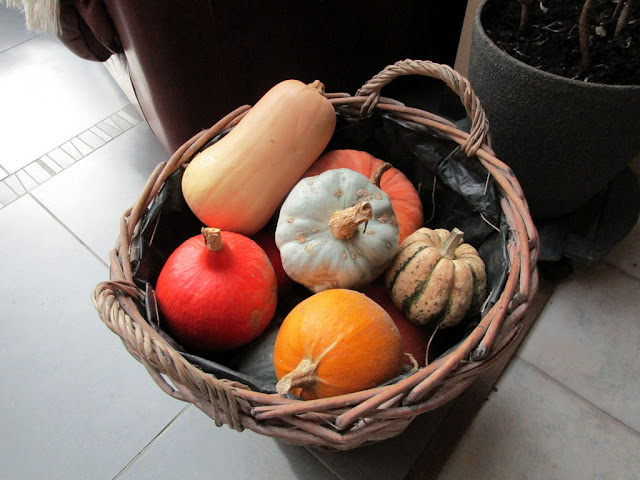 I went to visit Ilona, who couldn't walk because she had bumped into a step and her toe was all blue and swollen and it hurt ! She showed me the pumpkins she had bought on a special pumpkin market because she knows a lot of recepes to prepare sweet and salty plates and soups. 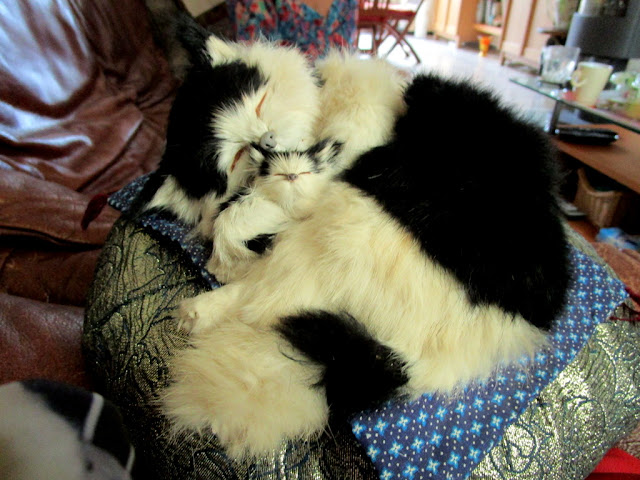 As she also has a cat collection she had bought this one which is glued on a cushion. It looked so real that I thought she had a new kitten ! But then I saw the kitten in the kitten and thought that this is not possible !

We had been so spoiled with the beautiful warm weather in the last few weeks that it was sad to see a grey and rainy sky on Sunday. I had to put the heating on because it was quite chilly. So I spent the day with TV and computer and caught up a lot of things I had neglected. Mr. G. played cards on his computer and the cats were laying around on sofa and beds. A lazy Sunday ! 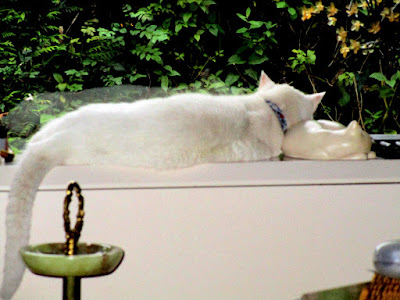 Disappointing about the portion sizes as the food looked good.

I remember once taking our college student son to a restaurant like that (we had heard such good things and wanted to treat him when he visited) -- the look on his face I will never forget! (Imagine if it was not enough for a grown man, how it definitely wouldn't be enough for a still growing one!)....we never made that mistake again -- for us or for company. (And by the way, I have a healthy appetite myself!)))

That cat certainly looks real. There are plans here to make restaurant chains either reduce the amount of sugar in desserts or reduce the portion size!