As you maybe know, my camera had been stolen the first day I was on holidays in Marmaris (Turkey) Not from Turkish people, certainly not, but a group of Ukrainians had arrived, and as they sadly are famous for stealing everything they can (cutlery and towels included) I suppose that my camera does her job now in an Ukrainian family.  So I had to buy a new one, my spare camera is not good enough for regular photographing.

I quickly found the one I wanted, again a Canon Ixus but a better model, I still can use my battery and charger ! I only had to buy a chip card.

So far it's still unpacked, it should be for my birthday in July but I think I have to use it before, because of the quality of the spare camera pictures.

As last year I was a volunteer to help for bicentenary festivities of the Waterloo battle, from time to time I go there just to check if there are still tourists coming because the renovated site has become so ugly and has lost all its charm as all old houses, cafés and restaurants had been demolished and replaced just by one new built ! 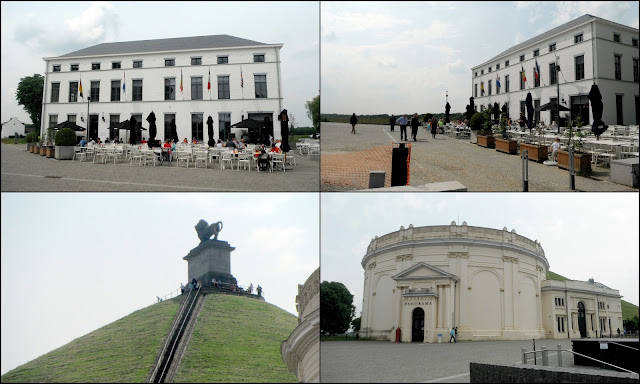 There were a few tourists but not comparable to when it hadn't been renovated ! No local inhabitant would ever go there to have a drink as they did before. Mr. G. and myself included.

As the weather was so nice and warm (the weatherman had announced rain) I sat down and listened to English, and Dutch tourists. 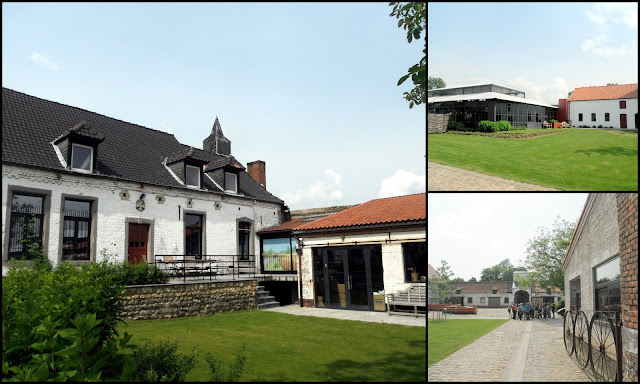 On my way back I "checked" the Mont St. Jean farm , which had once been a hospital for Wellington's wounded soldiers and noticed that there were far more people and a French tourist group who listened to all the explanations about the farm.

Sunday morning was the same, rain announced and no rain so Nicole and I decided to go to Brussels Midi market it had been at least a year we hadn't been there. We bought some underwear for nearly nothing and Nicole a pullover, I found a cute little case for my new camera ! 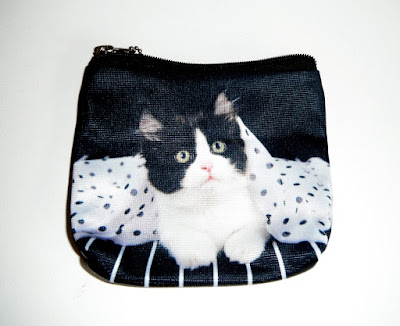 It looks like Rosie as a kitten. After having bought some fruits and a roasted chicken, we had a drink in a typical Brussels' café, where people still speak the special Brussels' language, a mixture between French and Flemish and special words. 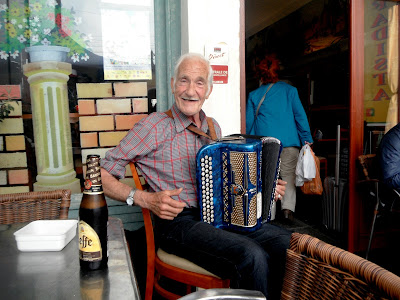 Since years it's always the same man who plays his accordion and sings Elvis songs but also typical folklore songs. There was a very cheerful atmosphere, people sang with him  and we alll chatted together. Then we took the bus home. 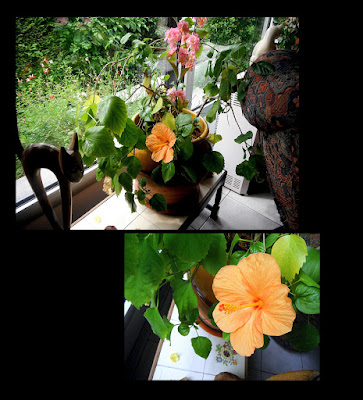 The yearly miracle happened this Sunday ! 5 years ago my friend Ilona gave me this Hibiscus plant, which should bloom and be full of flowers. Unfortunately this one looks very healthy and nice but never blooms except once a year and only ONE flower, therefore I had bought a twig of fake pink flowers and had stuck it in the plant. I had forgotten that the only Hibiscus flower which was blooming was orange. Now it looks like this ! Very special. But the flower will not last long, usually one day !

Hibiscus are really a tropical plant. No surprise that they don't grow well in your area. They just do ok here. Regarding Waterloo, it wasn't broken but needed a lot of money to fix it and now it is broken. The Flemish/French boggles the mind.

Too bad renovation destoyed old charm on that site.
I love the kitty case for your new camera. That's adorable!

I think hibiscus are tropical plants so they will like warmth and rain. We have three: a pink one, an orange one and one which is like a mixture of rust and terracotta. I think it is a hybrid of some sort. I love your new camera bag.