1. The week started with a storm ! All parks and woods around Brussels were closed which caused a terrible traffic jam, for those poor people who had to drive to work. During the night I heard the wind howling around the house and even our heavy bin with a lot of cat litter blew away ! There also were damaged roofs and a lot of fallen trees. 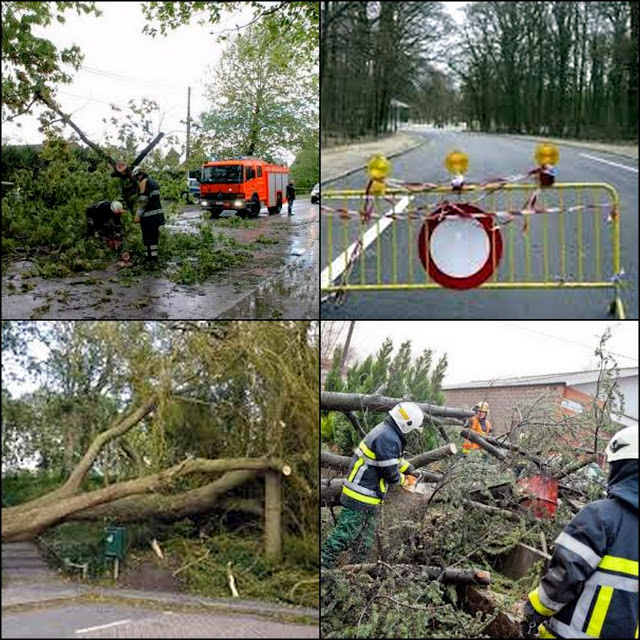 It lasted for two days, I don't like storms at all, it makes me feel uneasy. Impossible to go out if you didn't want to be blown away. Fortunately I had everything necessary at home. 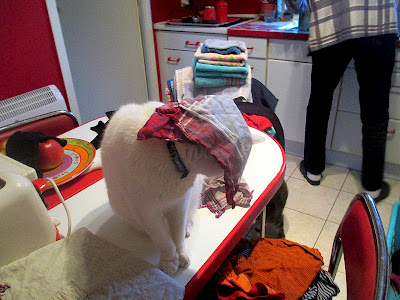 Instead I did the laundry and Arthur helped me folding the clothes.


3. As usual once a week I go to Ilona, and as it was raining (as usual too) we spent a nice afternoon together and I showed her the pictures of the Chinese New Year Parade.

4. My friend and neighbor Dominique with whom I shared so many trips, evenings and lunches, has disappeared. The shutters are closed and not a single soul around. She hadn't even asked me to empty her letterbox. The reason, she had fallen in love at 62, which is very nice, but that's not a reason to forget all her friends and probably also her family ! As her darling has fallen from a tree just before Christmas and had injured his spine, after a 7 h surgery he is now at home and she nurses him. Before they only met at weekends to go out together. He is 65, and needs help. Yesterday she called me (I had asked her to call me) to mention that she is very busy because she prepares her marriage ! My mouth remained open for the rest of the day ..... I have not a good feeling, she is a very wealthy woman, I only hope I am wrong. But loves makes blind.

5. Chantal suggested to have lunch together with Nicole, so we first went to the Lion, but there the lunch was Lasagne and I just had had them the evening before. So finally we ended up in the "Lunch Garden" and had half a chicken, with vegetables and chips. It was very good but too much for us that Charlie certainly had also half a chicken, because he got all left overs.

Here he is laying with a full belly even too lazy to watch people going by.

more participants at Susanne at Living to tell the Story.
Posted by Gattina at 17:53

Oh, that storm sounds scary, and made a lot of mess. I also have my mouth open at Dominique preparing for her wedding. She may be taking on a nursing position instead of being a beloved wife! Ooooh, Charlie is my favorite (with Lindy of Kay from Medicine Hat) He obviously chews the chicken bones well. Although Skabenga has a boiled beef bone every evening, I have not given him chicken bones. Eddy, our Jack Russell, who is over 13 years chews them to mince. Hope your weather clears soon. Jo

Oh my! I hope you're wrong about the "wedding" but I'd have the same feelings and suspicions too I'm afraid. I just have to wonder why, even if the guy was in excellent health for his age. Why not just leave it as is, why marriage at that stage of life?

That was an awful storm...glad you and your house were safe. I hate bad weather too.

You did have some rough wind there! We have a winter advisory for this weekend. Arthur is such a good laundry helper! I hope all works out for the best for Dominique. Charlie does look like he's had his fill! LOL

I read your post about the Handicapped Access spaces. It was in the same email notification as this post. I learned that not all people who warrant a handicapped parking space have visible bodily proof--heart conditions, e.g. A decal or special plate is required here to park in those designated spaces, and fines are levied for those not obeying. (And stern looks from those who question the use!)

You can write such fun posts about simple things although that storm sounded ferocious and I'm glad you didn't have to go out. I hope your friend in love knows what she is doing. Handy to take Charlie to the restaurant to eat the left overs. I bet he enjoys those outings too.

That storm looks very severe. Hopefully your neighbour is not making a big mistake.

Wow! That was quite the storm. Funny photo of your helper with the clothes! Have a good weekend!

I'm glad you were tucked safely inside during the storm. We've had some really bad storms here this fall and winter, lots of trees down...so scary. I do hope you are mistaken about the reasons for marriage. How sad that would be for your friend if his motives turn out to be something less than she believes. Have a wonderful weekend! Visiting from the Friday Faves link today.

Joining in for the first time here from the UK. We had the storms but not so much damage. Your cat looks very helpful! lol I hope your friend is ok.

That looks like it was quite a storm! Glad you were all right. Hope everything is ok with your friend. The Lunch Garden sounds great.

Hi Gattina - the storms were terrible - thankfully all well here .. but I'm sure lots of trees were down. I too hope those marriage plans are the right thing - especially if his back is messed up and he needs lots of help.

I know I've been here before, but I was so crazy upset about your neighbor that I forgot to comment on anything else I think. Terrible storm, I hate nasty weather. Also Arthur makes a very cute laundry helper ! My neighbor/ friend's cat ate half of a plastic bag yesterday ... no ill effects so far. I guess he was trying to help her put the groceries away.

You had better not come and live here. So close to the coast our storms are so bad. In fact, when it's howling outside, I am sure I can feel the walls move!

Now isn't that a turn-up for the books about Dominique. Let's hope it will be love and not need on his side as well as hers.

How sweet of Arthur to 'help' you fold the clothes. I wish all cats were as helpful. Charlie, though, knows how to work it to get all those leftovers. Smart dog!
I'm glad you are safe after that storm!