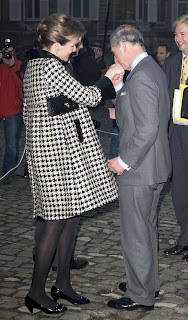 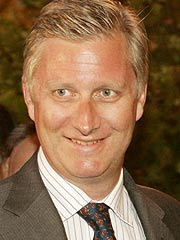 Charming Charles impresses Mathilde with his gallantry
Princess Mathilde of Belgium might be married to her own prince but that doesn't prevent her appreciating the attentions of another charming royal. The 35-year-old mum of three, who is expecting her fourth child this spring, seemed positively coy as Prince Charles turned on the old-fashioned charm and gallantly kissed her hand. I have to say that our dear Mathilde has a special taste concerning men ! 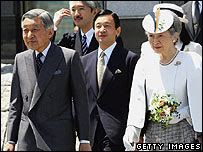 Japan's crown prince has been told by the bureaucrat who runs the Imperial Household to visit his parents, the emperor and empress, more often. If my parents would have looked as good humoured as these two, I don't think I would go there more often either ! 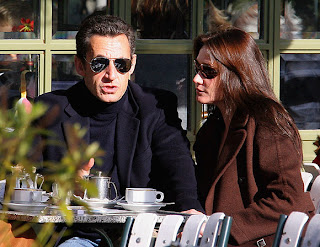 Speaking in the French news magazine L'Express, Carla Sarkosy (ex Bruni) the Italian-born former model explained: "It seems that with him, nothing bad can happen". She goes on to say: "With him, an anxiousness that I've felt since childhood disappears. So I am the First Lady until the end of my husband's mandate, and his wife until death. I only hope he will not be run over by a car tomorrow ! 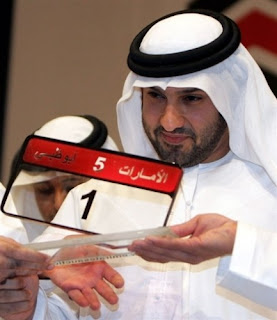 In the United Emirates a licence plate indicating the number one was sold in auction for 14,2 $.
I wouldn't have bought it, I prefer n° 2 and then it's not even in gold and I don't like the design. 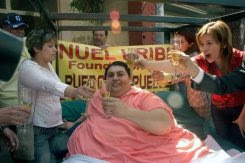 The mexican Manuel Uribe, considered as the biggest man in the world from the Guiness Book 2007 has lost 230 kg with a special diet. His weight was 570 kg. I am relieved, I don't need to loose that much ! 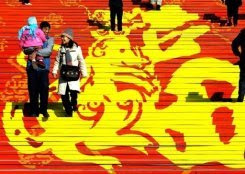 The year of the Rat increased hamster price. Before February 7, the chinese New Year, a hamster was sold for five yuans (50 Euro cents) Today they cost 6 times more.
Stupid me ! If I would have known that I would have bought at least 200 hamsters and sold them now ! Again a missed occasion to become rich ! 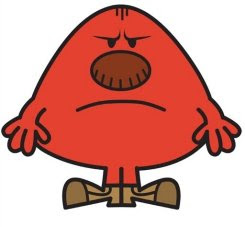 British children learn politness rules with help of "Mr. Rude". Mr. Rude speaks english with a very strong french accent. The French Minister of Culture was very upset and accused the British government to give a wrong image of the Frenchs. For that he is right except for the inhabitants of Paris ! They are indeed very rude ! 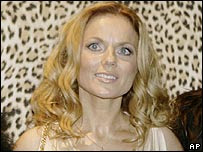 Thanks for the info and the laugh!

Btw, I tag you to do a Link Love, please vist my site when you have the time. Thanks!

Spice Girl Geri is smart enough, she knows when to leave the party!

Hehehe I had to laugh at Mr Rude :)

Like the part about buying the hamsters...you crack me up. So, so funny.

Manuel makes me feel totally svelte!
Great take on the news this week. I always wait for it to come out!

LOL....with you in understanding my "practicing with pot" blog. I wanted everyone to think at first it WAS 'pot' as in well, you know. That's called a play on words. rofl

I thought of you when I found the kitty made from clay pots. You've influenced me with cats you know.

I can not even IMAGINE playing COY to Prince Charles -- single, married, pregnant, or otherwise spoken for... that man absolutely REPULSES me! I don't know how Diana stood it! Ew!

Hi Gattina ~~ Very interesting post
thanks for all the info and pictures. Thanks for your comments and I am glad you liked the kid's answers to
the Bible questions. Take care,
The fatties above were scary and a serious warning for us all not to get that fat. Love, Merle.

I don't know what sort of president Sarkosy is but he's quite dishy!