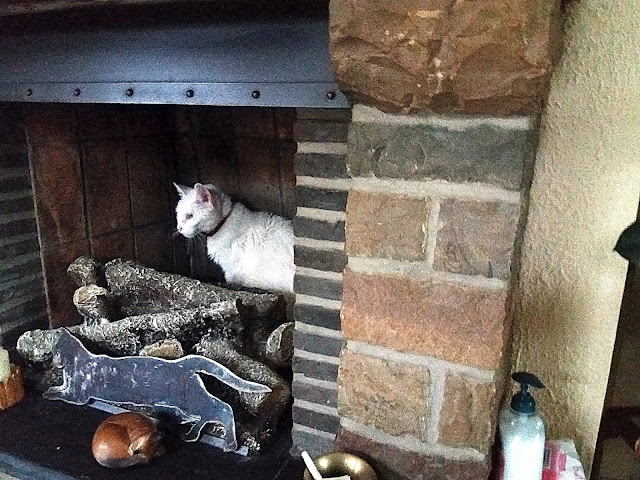 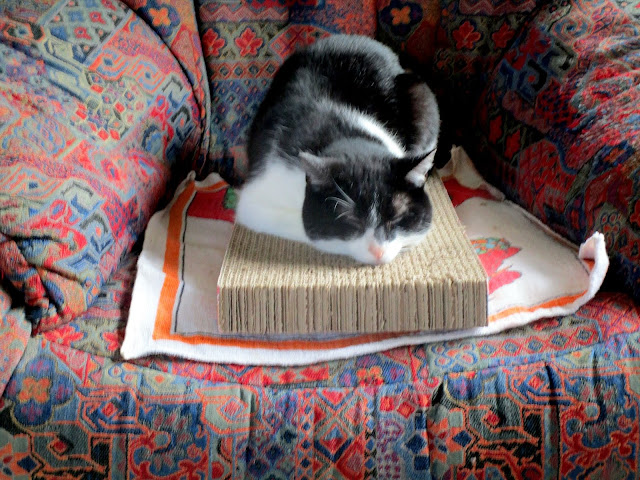 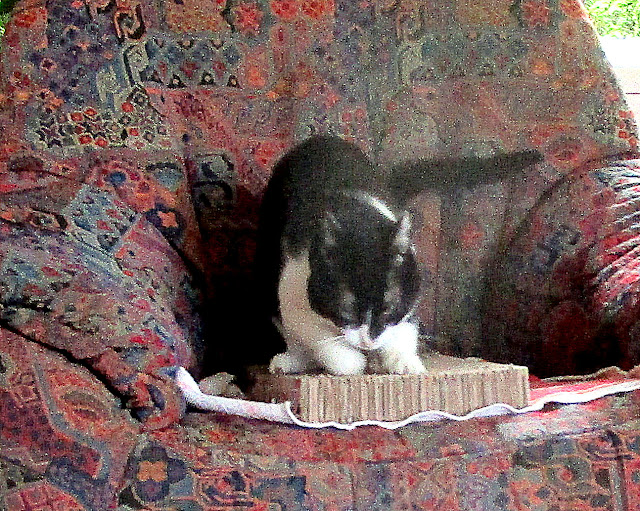 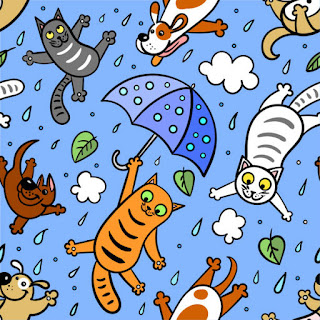 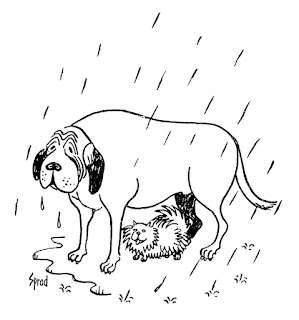 What a terrible weekend ! It rained non stop the whole day which was a catastrophe for organized open air festivals, and in "my" Waterloo for the celebration of Napoleon's birthday on August 15, 1769 and which should be celebrated this weekend.

The celebration should last Saturday and Sunday with a lot of shows and demonstrations of the cavalerie etc at least it was written like that in the program. After having stayed the whole day at home,  cleaning and working on my computer and then watching TV I finally had enough and went to the Lion's mound to see if despite the rain there was something going on. I really pittied the poor soldiers who had to spent the night in their bivoucas on straw with all the rain, but maybe they escaped and slept in a hotel room who knows. 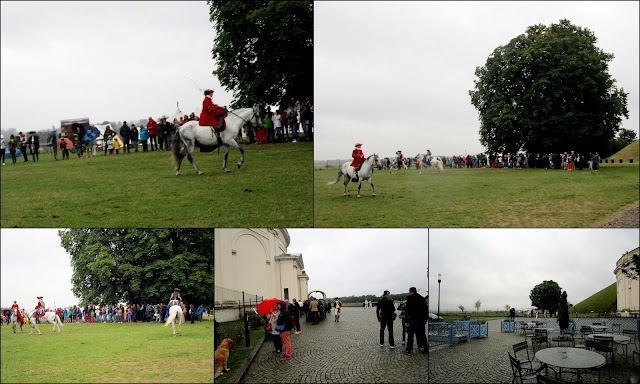 What I saw was a shame. The poor tourists who had come to see some action, all what they saw was a cavalry of 3 horses, maybe 10 soldiers, and around 10 bivouacs. I took the pictures listen to the complaining public and returned quickly to my car, despite my umbrella I was wet.  Instead I watched a little crime story and then we had our supper.

On Sunday it wasn't better at least not in the morning. Apparently the farmers were happy because 32 l of water per m2 fell from heaven ! I did the same as on Saturday. Nicole and I had intended to go to Brussels but in this rain we preferred to stay home.

Around 4 in the afternoon it cleared up and the sun even came out from time to time. I thought maybe today the animation will be better and there will be more figurants, but when I arrived, it was the same as the day before. 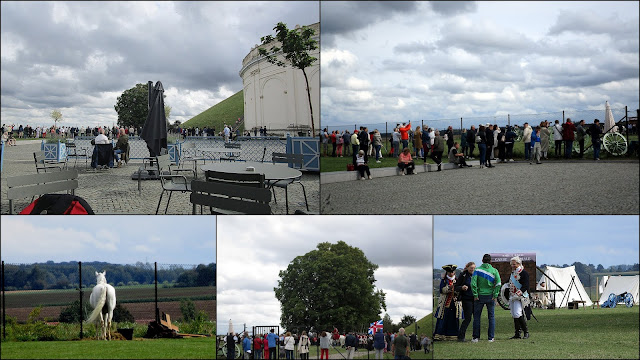 Most of the people didn't go inside the camp,  because you had to pay 12 € per person ! No special price for seniors and only children under 6 didn't pay. They all complained that it is far too expensive and lined up against the fence and watched from there.

It was the first time that Napoleon's birthday was celebrated and it was a big flop in my opinion ! I was told that the management of the site was not in the hands of Waterloo anymore, but as many little villages around also belonging to the battle field had claimed their share, it was now an independant French management. Can't say that they were very efficient. Since I was a volunteer at the bicentenary of the battle, I had noticed the decline of the site.

We chatted a bit with the people and sat on the terrace, watching the disappointed tourists. 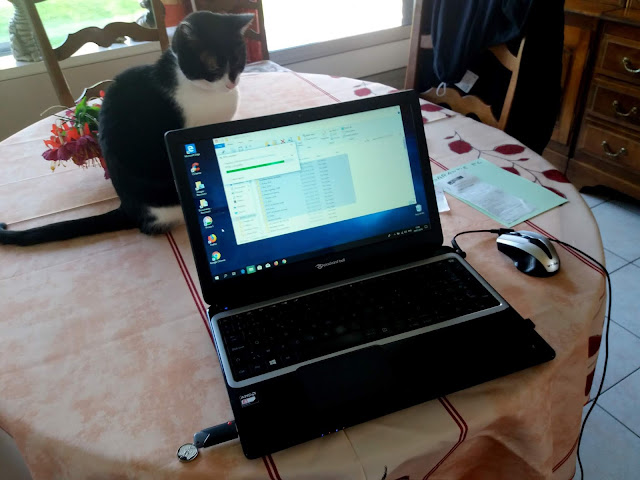 At home Rosie helped me to write this post.
Posted by Gattina at 07:00

Looks like you are super busy on your scratch pad in the chair.

The Lion Hill is a gem. I would go there anytime. Rain, however, has its own plans, and people are helpless about that.
(I wish we had some rain, but all we have is sweat and humidity).

Awww on the kitties. It's good that Rosie helped to prepare this post.

I'm so sorry this event was a flop. I'm betting it won't happen next year. Just saying.

Rosie is such a good girl! It's been so much fun watching her grow from a little kitten to a big grown lady Cat!

What pretty kitties today! Sorry about your celebration getting rained out.

It sounds like the new management should be sacked.

The kitties are as always very good company.

Feline Opines, the World from a Feline Point of View said...

Oh my whiskers, what a brilliant idea. I never thought of putting my scratchy thinky on top of a comfy chair so I could work on my claws between naps.
Purrs & Head Bonks,
Oliver

They are such cuties.

It’s raining a lot here as well!
So sorry to hear the event was not so good. Hopefully some improvements will be made for future.
Rosie is a good kitty to help you with the post :-)