It was really cold and during nights it even freezes. Poor flowers which are out or pointing their nose. There was an exhibition of sculptures in "Les écuries" which means "The stables" which has been restored and is now used for exhibitions, it is the "left over" of a castle which had been demolished. 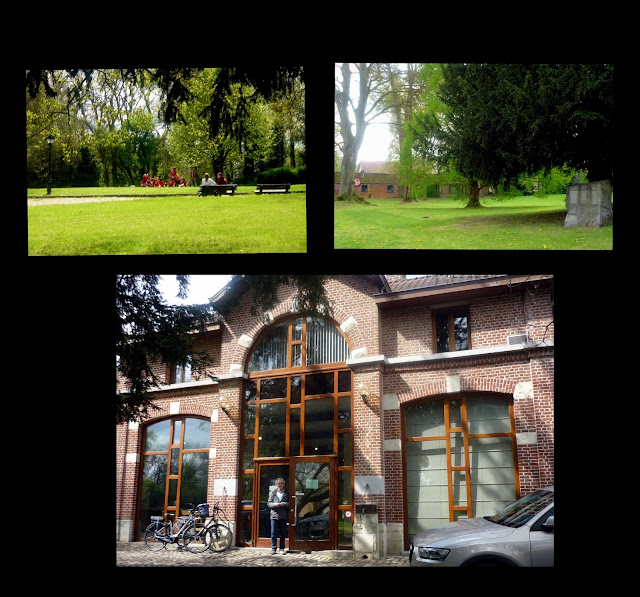 The old farm and the stables remain. The park is public but there were not many people walking around; 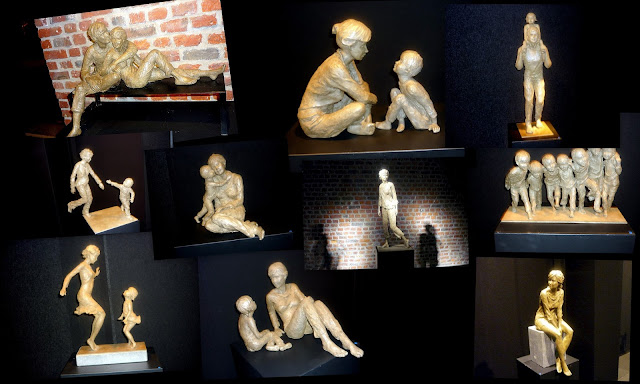 The sculptures were real cute and at least not modern art ! 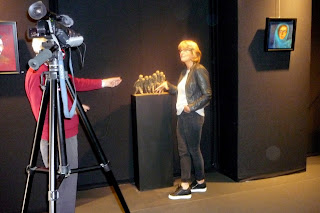 The young artist being interviewed.

The next day it was a little warmer and I thought I will have a coffee at the lion, for a tourist watch. 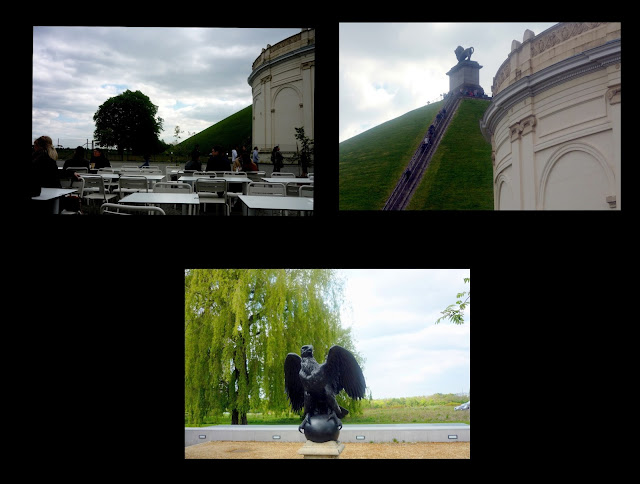 Surprisingly there were many people who even climbed up the 254 steps to the Lion. People sat in the sunshine, me too, but with my coat. There were a lot of Russians and Chinese this time. 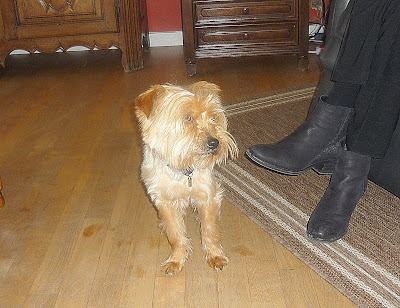 and while Mr. G. tries to get the world record in Whist playing with his computer, I visited my neighbour and asked how her new dog is getting used. She is a real friendly doggy and loves her new home.

It is cold here too with a little snow which is strange when you think of the time of year. Cute dog.

oh no winter is back? Bummer. You will have to go away again to get some sun. But I don't suppose the cold will last too long this time of year. I am glad your old neighbor Viv (I think that is her name) is enjoying her new puppy.

What a sweetie! I hear you on the wintery weather. Today we've had a lot of wind and several snow flurries. Awful! I want some warm sunny weather now!

Those sculptures are very pretty.