MY WEEKEND OF JANUARY 10

We had a very stormy and rainy day on Saturday, not even my usually so adventurous cat Arthur put his paws outside !

Before this happened
I spent the afternoon at Ilona's escaping a Mr. G who was fighting with his tablet he got on Christmas ! For a computer expert it's hard to learn to use it, it is simply too easy ! He looks for complications when there are none.

On Sunday I drove to St. Gilles a municipality of Brussels, to put some bedlinnen, covers, etc for my friend Claudie's daughter in her student room. She will arrive in Brussels on Tuesday for 3 months. 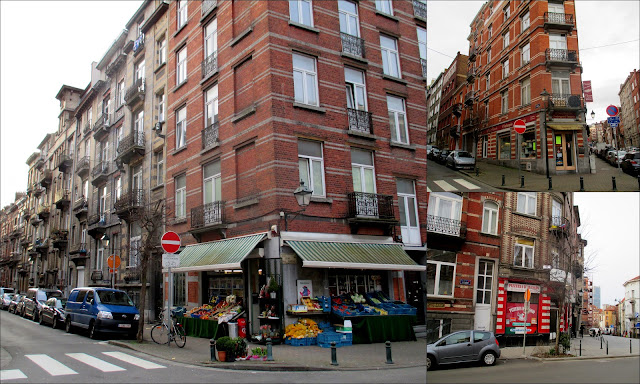 I took the opportunity to walk a little around the area, which I didn't know at all and discovered that at the end of her street there was a food shop, a bakery and even a Pizzeria.

Then I drove around to discover a little more. 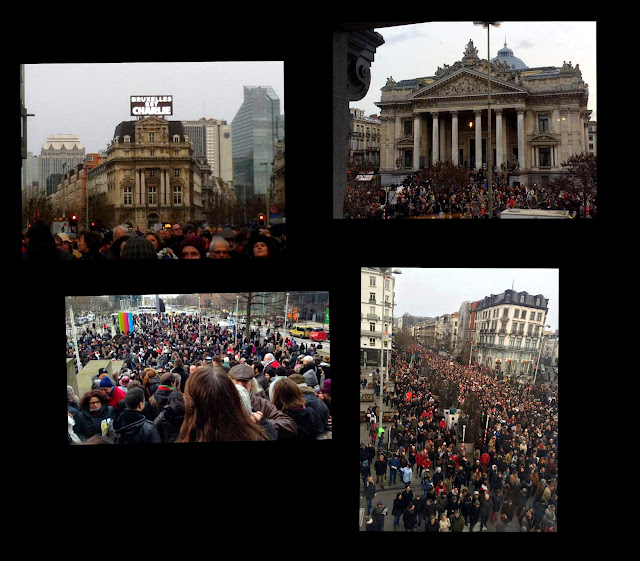 Meanwhile in Brussels more than 20 thousand people of all races and religions walked for peace and freedom of speech through Brussels Boulevards from the North Station to the South Station, to protest against the terrorist attacks in Paris.

An old friend of mine who is married with an Indian wrote : With a Catholic father, a Calvinist mother, a Hindu husband, an Anglican son and the other atheist, one catholic daughter in law and the other Protestant, I wonder what will the spouses of my grandchildren be : Buddhist? Jew? Muslim? It doesn't matter, provided that they tolerate the religion of each other.


Relgion is indeed not an excuse to kill innocent people !
Posted by Gattina at 06:30

20 thousand is a significant number. Well done Belgium. I can't believe how well so many tech things now work, so I look for problems that aren't there.

Hi Gattina .. I thought you were going to say Mr G fell over - glad that's not the case. Your friend wrote wisely .. recent events are so sad for the families and their friends ... and appalling that people will do these things to others ... So true - Hilary

Maybe someday the world will all be like your friend's family and with all our differences we will all realize we are one big family! (I won't live to see it, but I can hope for my great grandsons). It is even raining today in Florida ... Warm and wey tho!

The news is terrible. I just hope it doesnt get worse . After 9/11 we are always on the defensive.

Lovely to have a sneak peak into your weekend and recognise some of downtown Bruxelles that we know and love - sorry to see it at such a sad time for world events. Loved your friends comments!
Wren x

No matter what our religion, it shouldn't shatter the peace. I enjoyed touring around St Gilles with you.