During the night of Sunday to Monday we had a heavy thunderstorm, which caused a lot of damages. Fortunately not in our area.

When I opened the shutters I could hardly see my neighbor's house on the other side of the street ! It was so misty and moisty, that when cat Rosie came home her fur was humid and I thought it had started to rain. The temperature had dropped from 34° to 18 ° and I had to put on a cardigan ! What a moody weather. The sun didn't come out the whole day and I had no energy to do anything, I had done enough during the National Day festivities. I worked on my computer and watched some crime series, while Mr. G. was glued on the screen watching his Formular 1. And yes, I folded the laundry and put it away which seemed to me as if I had spent the day working in a coal mine.

Sunday the sun was shining again but it was  not so hot and real nice. 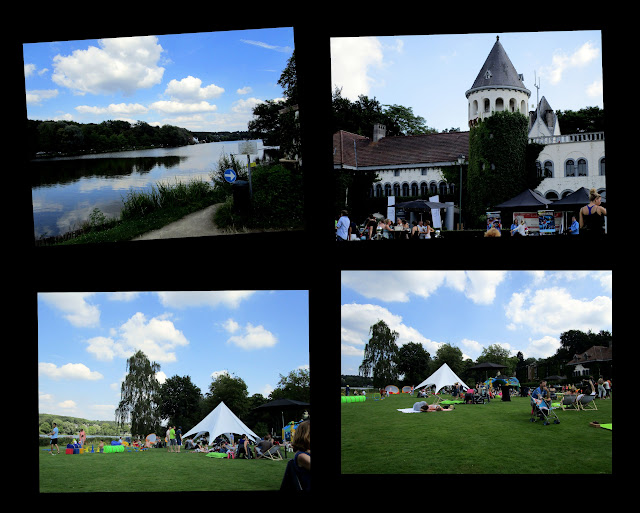 Nicole and I and Charlie (of course) went to the nearby Lake Genval, where each Sunday a "Green Sunday" is organized. Just in front of the castle there are stands with drinks and food, beach beds and chairs are displayed, people sit there and picnic children play and it's a very cheerful atmosphere; 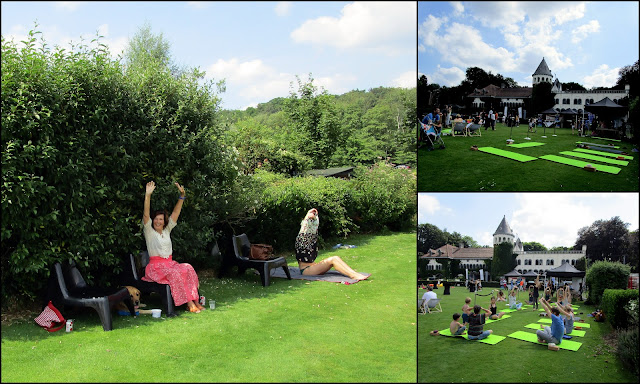 Just besides us was a Yoga lesson going on and Nicole "participated" sitting comfy on her chair ! 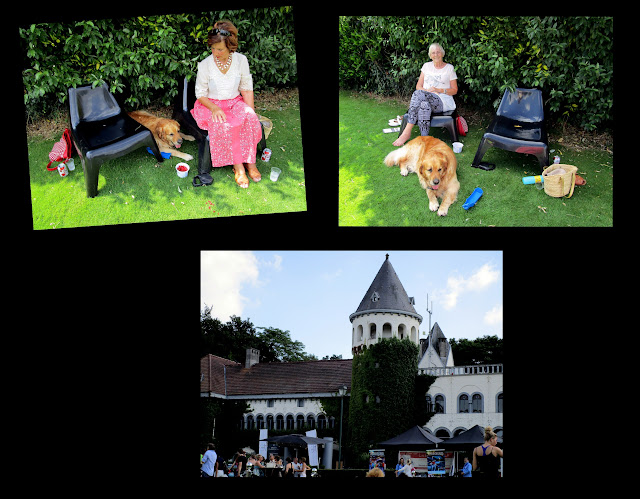 We spent a very nice afternoon there, chatting and watching people and it was nearly 6 pm when we finally returned home.

Hi Gattina - it sounds like the Chablis area of France had major hailstorms ... so not surprised you had some major rain. Here in Eastbourne we missed it - but I'm not sure about inland.

Glad you had a happy day at the park - looks lovely ... cheers Hilary

ha ha -- Nicole is doing chair yoga! I know she is just joking around, but they actually give a class called that at our Florida resort. I can at least still get down on the floor. (of course getting up is sometimes another matter.)

Lac Gen val, but I went there with you, Nicole and Charlie ! The place is beautiful !