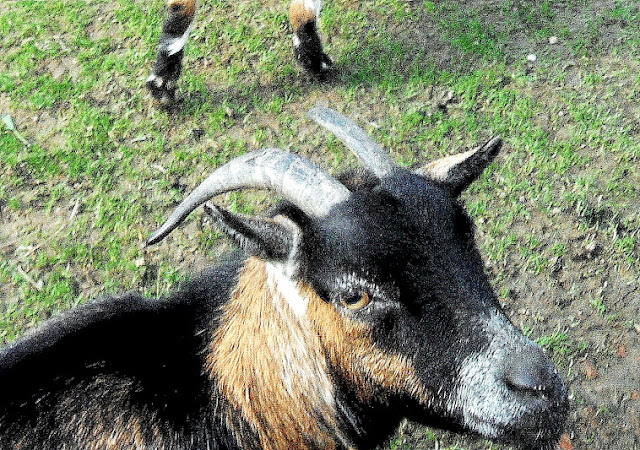 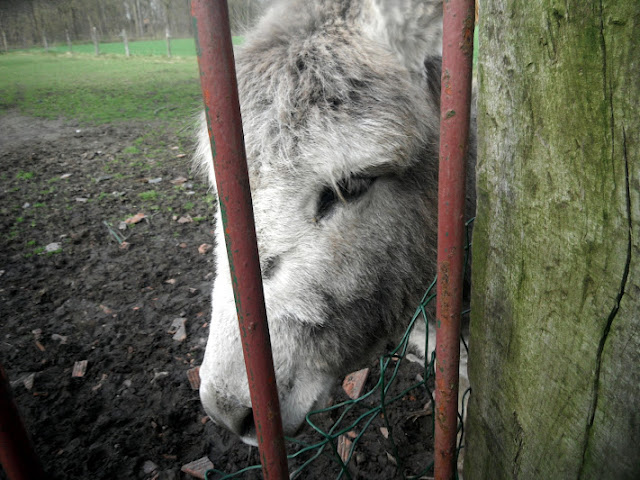 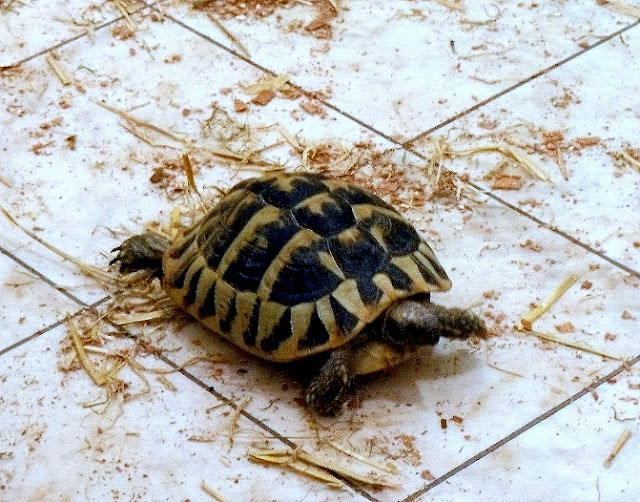 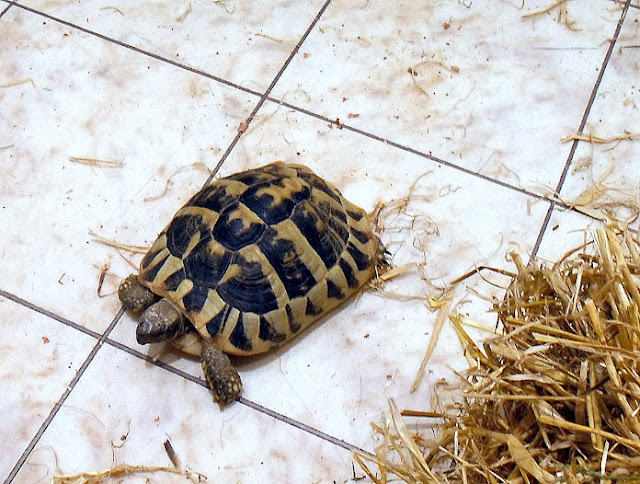 On Saturday morning I was woken up by a rumble in the room, I wanted to sleep longer, but not Rosie, she has a clock in her stomach and it was half past eight! She played with a mouse which she threw in the air and then tried to catch it again. So I scolded a bit and got up. Rosie left the mouse and disappeared. When I came into the kitchen she was already in her basket and looked at me innocently. 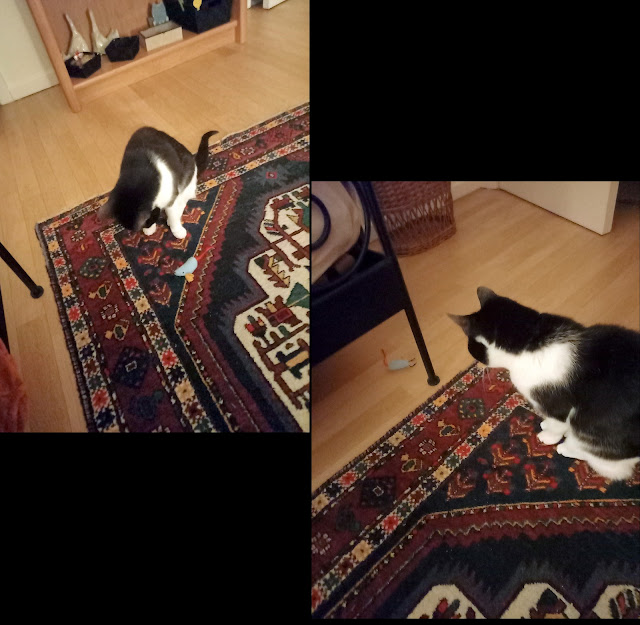 In the afternoon my son called me that he would come with Toby who wanted to see his friend Benji because on the last visit they hadn't seen each other long enough !

My son combined playing Golf with his friend, Benji's father and at the same time help me with all things which are difficult to do for me and I needed some help.

He brought the Christmas things to the basement and also looked a bit into Rick's computer, I want to clean it and there are eventually things which he wants to back up.

Then we went to eat a hamburger and then to Rick. Toby devoured two large hamburgers and then we drove to Rick's. Unfortunately it wasn't a good day for him, he was quite confused and tired so we didn't stay long and then dropped Toby off at his friend Benji's. 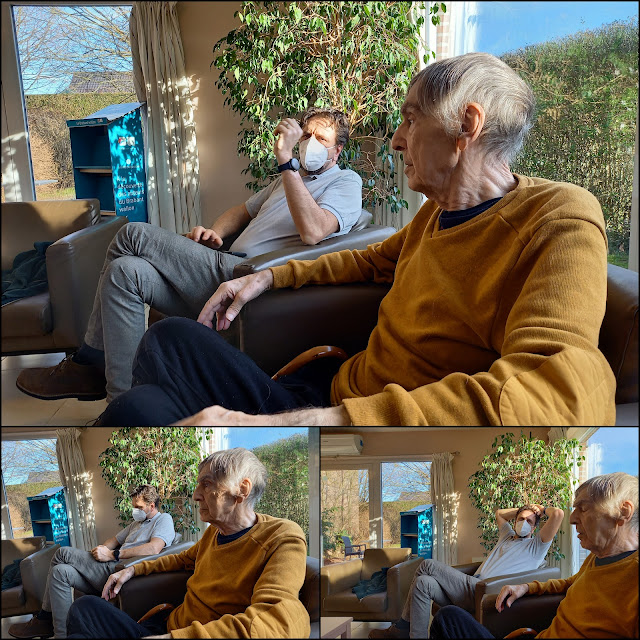 It was a beautiful day almost spring ! We returned home and Dario looked through the cables but there were so many that he told me he would do that next time, probably I can throw or give away most of them. We chatted the rest of the afternoon and then he left to join Toby at his friend's.

I was very tired although I hadn't done anything special and had been happy to see them, but I think it is the booster shot on past Thursday which makes me unusually tired. I have heard that from other people that it could take 2 weeks ! So I had my supper, watched a movie and went to bed.

On Sunday I didn't see my men until 5 pm. I thought at least the older giant would come earlier, but the Golf had lasted longer. So I went in war with this dammit online bank account that I still managed not to open, but I am one step further ! I was able to cancel their phone nr which was blocked by error in the spams and so I could get at least the code !.

Finally they arrived and fortunately I hadn't prepared anything to eat, because when they are only the two they mostly eat what a mother would call "junk food". Nonna was happy because she hadn't to cook. To change from Hamburgers and Pizzas, we choose Pittas ! The little restaurant where Dario bought our pittas existed already when he was a teenager and even later as an adult, before he arrived at our home, he had bought the Pittas. they were still excellent and we had a " royally" laid table ! 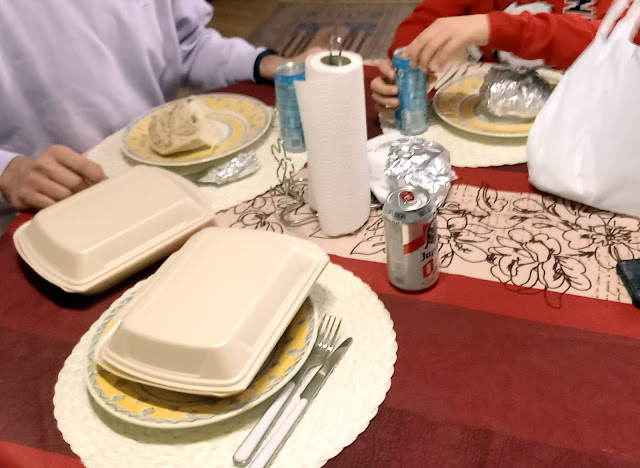 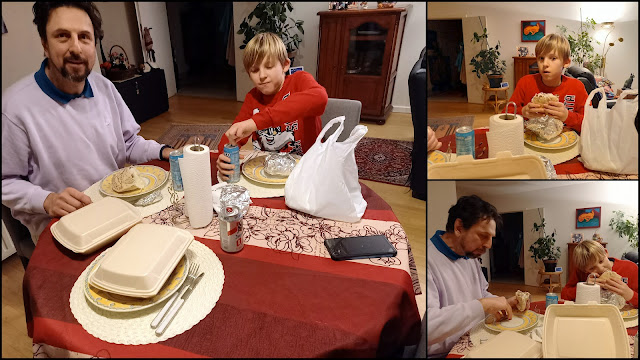 As usual they had a very good appetite while I couldn't eat all ! 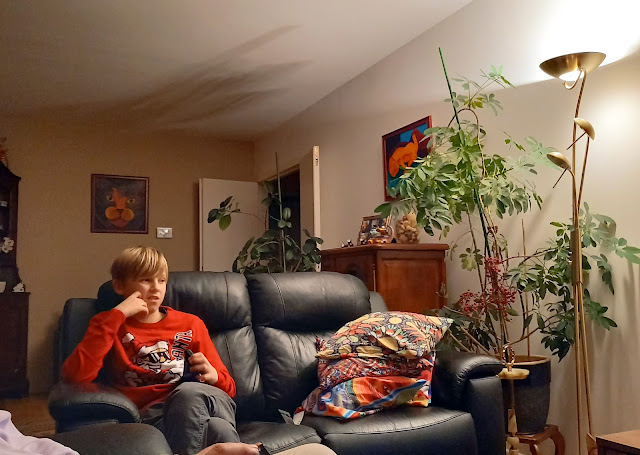 With a full belly not even the ice cream had place, we chatted a bit and then it was time to return to Amsterdam, as Toby has school tomorrow. He has to wear a mask at school but only outside and not in the schoolroom, while here the poor kids from 6 years old have to wear the mask also inside. 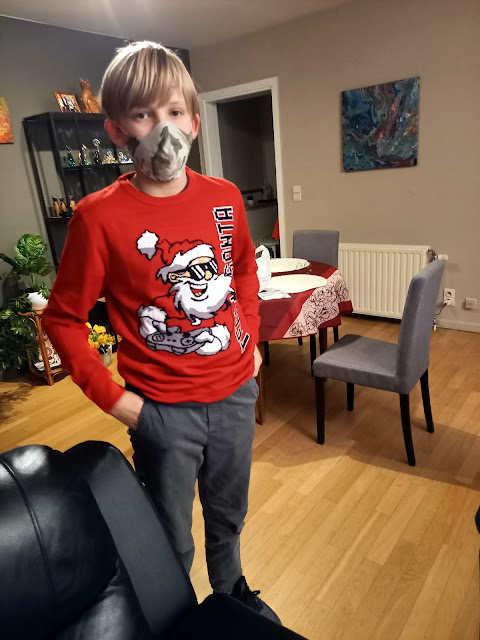 Last time he had forgotten his Christmas sweater, so he wore it now !

Rick was not really aware that he had his son and grandson as visitors, he was occupied with the remote control of his TV which for the x time didn't work because he had repaired it ! 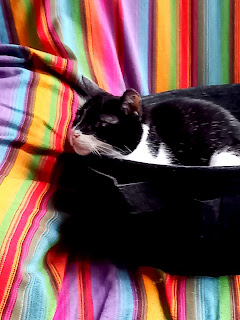 Rosie who hasn't forgotten the two intruders watched them from far gobbling down the pittas, It didn't interest her a bit !