On Monday we had our Scrabble at Mireille's who lives at the end of Waterloo with a view on the Lion. The apartment is very beautiful but for me far too noisy. There is a very busy street which leads to the highway, a concert hall, a bowling and restaurants. So you have the traffic noise during the day and the dancing and concerts and bowling in the evening and night. But it doesn't bother them. The firemen are a little further and we could count how many times they loudly passed the building. We had fun and I lost ! The strawberry cake comforted me. The next day the heat wave started ! We had the highest temperatures ever in Belgium. Up to more then 40° in some places it was just unbearable. Only very few people have air condition and Myriam and I decided to cool down in the restaurant of the shopping center. We were joined by our friend Nicole, who from one day to the other had been diagnosed with a tumor in her head, she had suddenly started to loose balance and was always unusually tired. This day was the first day where she had radiotherapy and chimio therapy. She was really good and we had fun which is very important for all of us but especially for her !

Anyway it was too hot to do anything ! Even moving a finger was too much. Sales were going on but the shops remained empty, not only for the heat but also of some real stupid rules against the Coronavirus. We are allowed to shop, one person at time with mask and a caddie and for exactly 30 min ! How can you choose something in such a short time.

I went with Myriam buying stores for my kitchen window, but as I don't understand anything how to fix it we went together. First me, once inside she followed me and then we continued together ! How can you control this ?? You can meet your neighbor or friends or even your whole family and still enter alone.

On top now, we have to wear the mask everywhere at all times on the street and in the shops which is quite difficult in this heat ! I found the right stores and as we got the visit of our young friend whom I call my adopted son because he visits us quite often except the last 6 month when he was madly in love, but now it's finished and he had to talk about her. At the same time he fixed my store ! 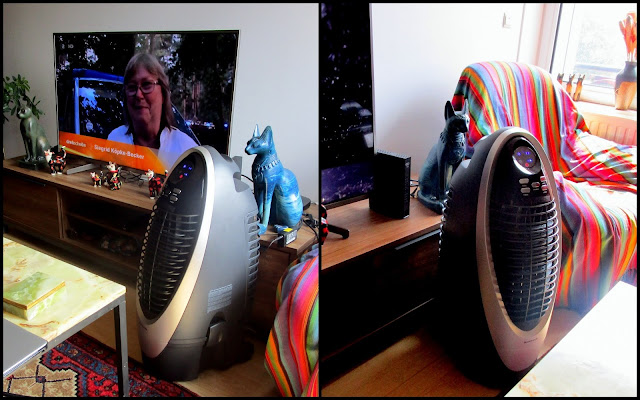 We were melting this day despite the fact that I had bought an air refreshener which helped but with nearly 38° it was not enough.

We also met for lunch in "our" restaurant "La Dolce Vita" where we had a grilled chicken filet with a lot of vegetables. It was delicious. and then suddenly around 5 pm, the sky became dark and buckets of water fell on the earth ! 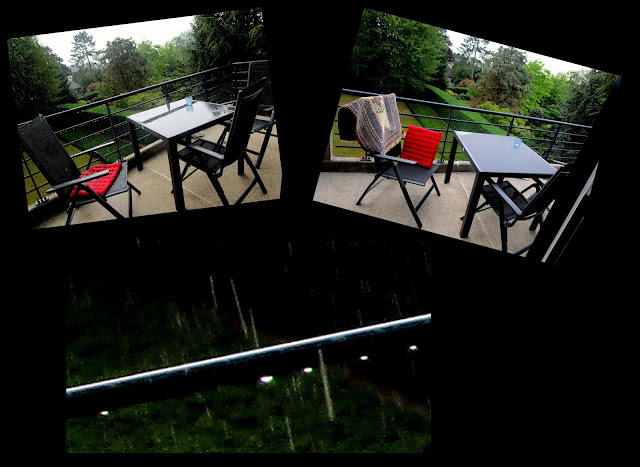 I had to save my rag and the cushion. It didn't last long but in this half an hour the temperature dropped from 32 to 24°C ! Imagine ! Now I feel cold !! 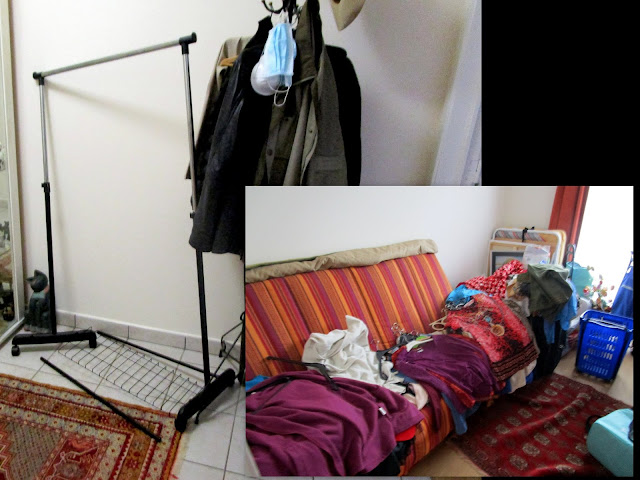 Suddenly sitting peacefully in front of the television we heard a big boom in the "junk" room, a rag with probably too many things hanging on it had collapsed and all the clothes were laying on the floor ! This was the room I intended to transfom from a junk room into a dressing and now it looks even worse as before. But it is still too hot to arrange the room. We just closed the door ! 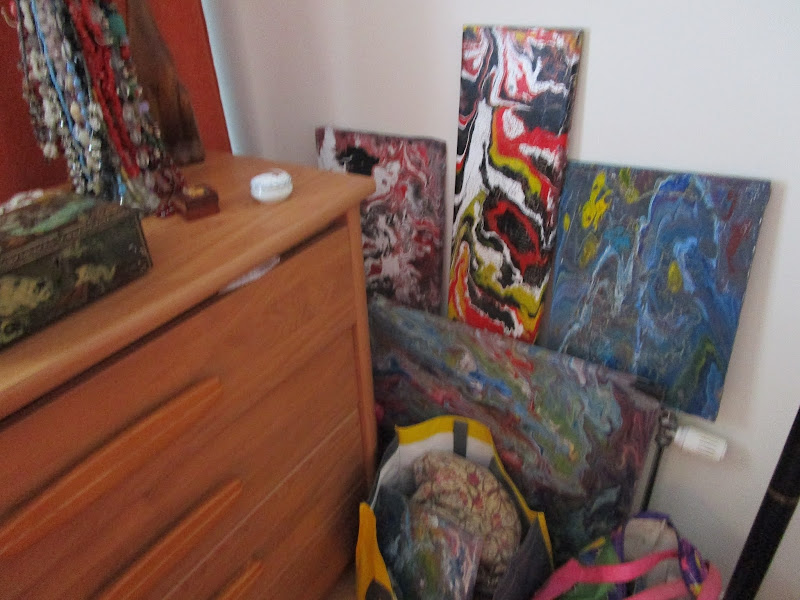 I also still have to hang my paintings, which are laying in my room and the cat paintings in the basement. It will be terrible what I all should do when the weather is cool or it rains or it's bad then I don't have an excuse anymore ! But I tell myself that Rome wasn't built in one day either ! The only one who doesn't care about heat or messy rooms is Rosie ! She finds each day another napping place. Sometimes I wish I could swap with her ! 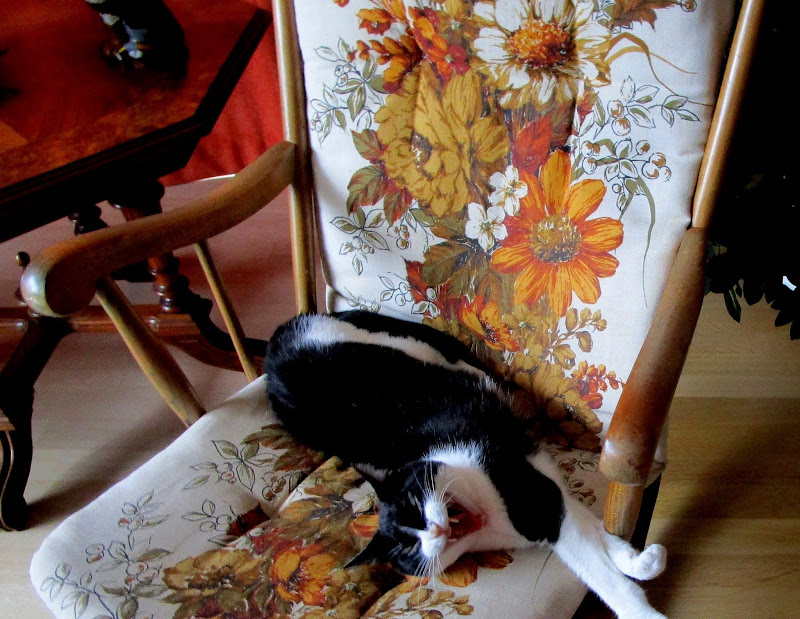