When our son was little we always went to the Lake of Garda in Italy to visit my mother in law who lived in the next town. We didn't have to carry our huge tent each time, we just left it in her basement and often when we arrived it was already put up by friends. The reason was that we were directly at the lake when we got up.

One night I woke up because I heard a loud, heavy breathing outside the tent and a rustling noise. It was as if somebody turned around our tent. I got a little scared waked up Mr. G. and told him that somebody is around our tent. Now he heard a loud noise too. As a brave man who has to defend his family he took a torch and went outside ..... and found himself nose to nose with a big dog who friendly waggled with his tail. He petted the dogs head and returned to bed and then we had to laugh. What a dangerous intruder !

The next day he saw the dog again, apparently it was the dog of the camping owner who made its rounds during night ! 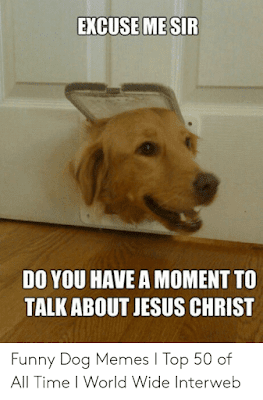 Linking to Linda G. Hills SOCS-Loud
Posted by Gattina at 11:00

There was a very large and very friendly dog in our neighborhood whose name was Moses. His owner would let him out in the morning, and he'd spend the day following everyone that walked past him. Interesting how some of them will do that...

Glad it was only a dog lol

It could have been a bear!

Funny story and a funny photo.

What a funny story. I've been away from blogger due to major surgery. All's well again and I'm up and blogging more regularly. I miss you. Jo

What a fun story. Mr. G is so brave! Glad it was a friendly doggie :-)

Good it was a friendly intruder. Nowadays, at least over here, the campground owner would definitely want to tell people about the possible visit. Otherwise there would probably be trouble.